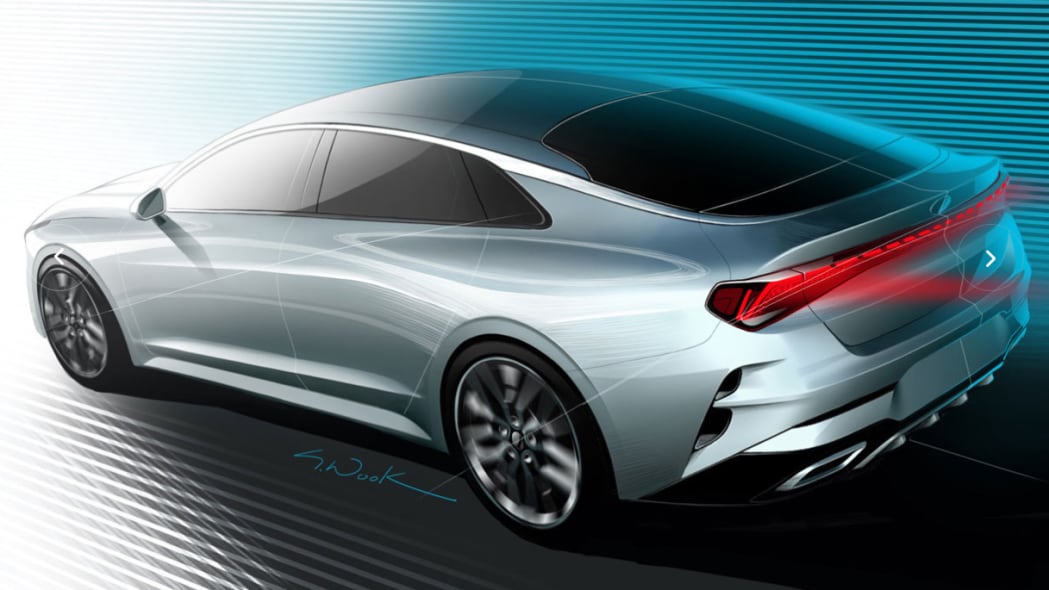 When Kia teased a drawing of the third-generation K5 sedan for the Korean market — our Kia Optima — the pictured red sedan adopted a fastback shape and detailing somewhere in between evolution and revolution. The South Korean automaker has teased the K5 a second time with two different takes on the next-gen four-door, one of them tipped all the way to the side of revolution, the other presenting a refined evolution. The revolutionary takes (second and third in the gallery above) look as if the spirit of SEMA bled across the Pacific to Seoul. In these two drawings, the K5 has been lowered, widened, given a jutting front fascia rife with intakes, set on giant wheels with rubber-band tires, and slathered in color-shifting violet and lavender paint. The leanness makes the family sedan look more like a coupe, especially from the hippy and winged rear three-quarter.

The evolutionary take (the silver car that's first in the gallery), found on Kia's Korean site, looks more like the car everyone has a chance of getting. The drawing provides a handsome basis for the exaggerations in the other renderings; everything's here from the SEMA-fied version, only toned down. We gather that, on the outside, designers intend to make their statement with the sheetmetal behind the B-pillar. The lines create a fastback profile, stressed by the chrome cradle running from one A-pillar, around the backlight to the other A-pillar. If the shutlines are accurate, the decklid will be split by a dark portion that acts to extend the rear window graphic and a body-colored panel. Racy vents aft of the rear wheels tie into wide chrome exhaust finishers and a prominent, slatted diffuser.

Kia's thrown a lot of copy at what it's going for with the next K5/Optima, talking about the "evolution of dynamics" and noting how this car will turn the "Tiger Grille" into the "Tiger Face." Part of that involves merging elements of the grille and headlights into a more organic piece. The K5 looks like it will adopt a restrained version of the new headlight-grille combination recently shown on the redesigned Hyundai Grandeur (our Azera, no longer on sale here). We'll be seeing more of it in the future.

The interior concept's been labeled "driver-oriented future orientation." An asymmetrical layout focuses on the person at the wheel, the instrument panel expanse dominated by a digital gauge cluster and an infotainment unit via "futuristic images through a three-dimensional display that connects from the dashboard to the door."

The K5 debuts next month in South Korea. We expect to see the Optima next year as a 2021 model. 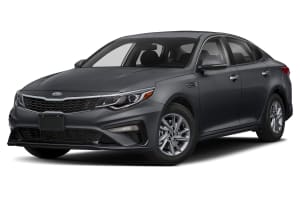