And it's owned by Jay Leno. Giddy up 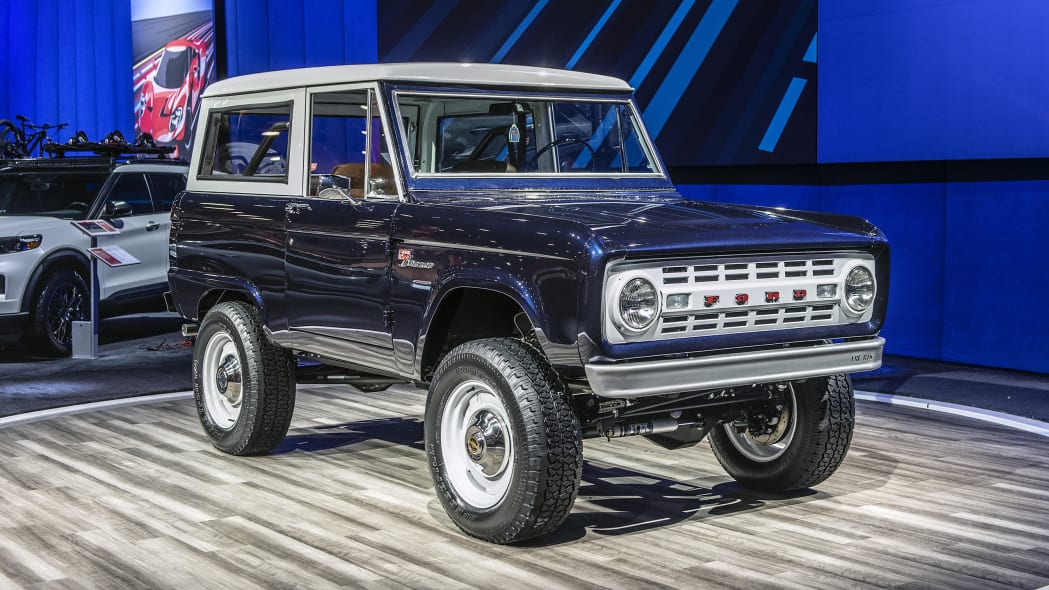 There are many layers to this one, but the most important is that the seemingly humble 1968 Ford Bronco you see here has a Ford Performance 5.2-liter supercharged V8. You know, the engine that's just been dropped into the 2020 Shelby GT500. It also has a five-speed manual transmission from Tremec, which you most definitely cannot get in the GT500. That alone makes it awesome, but alas, that's not all.

A project by Ford Performance and SEMA Garage, Bronco licensee Kincer Chassis was enlisted to install the powertrain, which includes a heavy-duty 4WD system. It also has an Advance Adapters Atlas II transfer case, a radiator and supercharger cooler by Brice Thomas, Borla Mufflers, and a whole host of other high-performance parts from myriad suppliers.

Kincer also built a chassis capable of not crumbling like a graham cracker crust when 700-some-horsepower are applied. It features a coil-over suspension with Fox factory race shocks and steering stabilizer, a new steering pump and column, Wilwood disc brakes and master cylinders, plus, again, a variety of other parts from a variety of suppliers. It wears BFGoodrich Rugged Trail tires on 18-inch John R steel wheels by Detroit Steel Wheels.

Ah, but where did this particular Bronco come from? Well, the short answer is that it's owned by Jay Leno. You may have heard of him. It was apparently given to him in unrestored form as some sort of joke by then-fellow late night TV host Craig Ferguson, who parked it in Leno's parking spot on the eve of his last Tonight Show taping. Funny? Guess you had to be there. Knowing what an old Bronco might be worth if restored, Leno hung onto it until Ford Performance and SEMA Garage came calling to collaboratively restore it and add awesomeness.

Besides SEMA, the car will be shown on an upcoming episode of Jay Leno's Garage both on YouTube and CNBC.