Used in the film 'Spectre', it's one of the only C-X75 supercars built 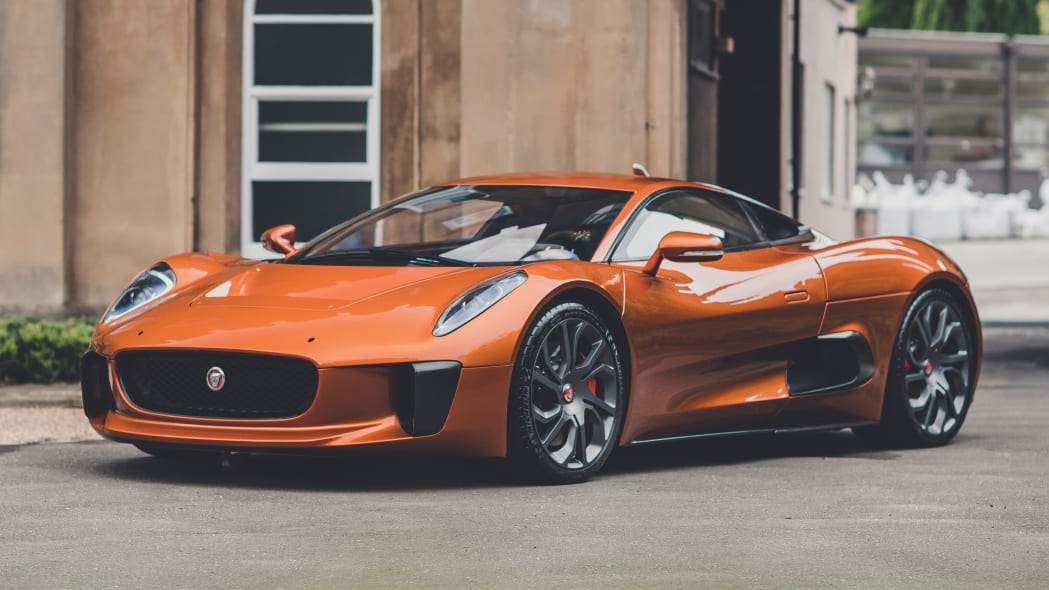 Back in 2010, Jaguar presented a show-stopper of a concept: the C-X75. Besides its curvaceous body, it boasted a wild hybrid powertrain with a gas turbine engine providing electricity. Sadly, it never reached full production, and it only reappeared as a villain car in the James Bond film Spectre. But between the concept and the film, there were a few production prototypes built as part of a planned 250, and a few stunt cars. Auction company RM Sotheby's is offering one of the latter cars.

This Jaguar C-X75 stunt car is actually the first stunt car built, according to the auction house. The stunt cars were built by Williams Advanced Engineering, the same company that has been competing in Formula 1 for decades. The stunt car has little in common mechanically with the concept, or the five prototype cars Jaguar built with four-cylinder hybrid powertrains. Under the skin is a custom tubeframe chassis and long-travel rally car suspension. Powering it is a version of the Jaguar F-Type's V8 engine with a dry-sump oiling system. It's coupled to a sequential manual six-speed transmission and a rear transaxle with a mechanical limited-slip differential. Brakes are AP Racing units and are adjustable from the cabin, and they feature a hydraulic handbrake.

One consequence of this stunt car's burly underpinnings is that the cockpit is more like that of a race car, with a small Momo steering wheel and toggle switches and controllers all over. But this unsophisticated cabin has played host to some famous folks. The car was used for getting shots with the actors, with a driver's seat mounted to the top. Since this was a villain car, the actor in the driver's seat was Dave Bautista. The car also was featured at the Mexico Grand Prix to promote the movie, and Felipe Massa took it for a test drive.

RM Sotheby's hasn't given an estimated price for the car, but expect it to be expensive. If you have the means, it will be crossing the block at the auction company's Abu Dhabi sale on November 30. The car will come with a bill of sale, a movie call sheet and a specification sheet from Jaguar Land Rover Special Vehicle Operations. We're not sure that this car would be able to be titled in the U.S., but we bet it would be just as fun, if not more so, on a race track, rather than public roads.