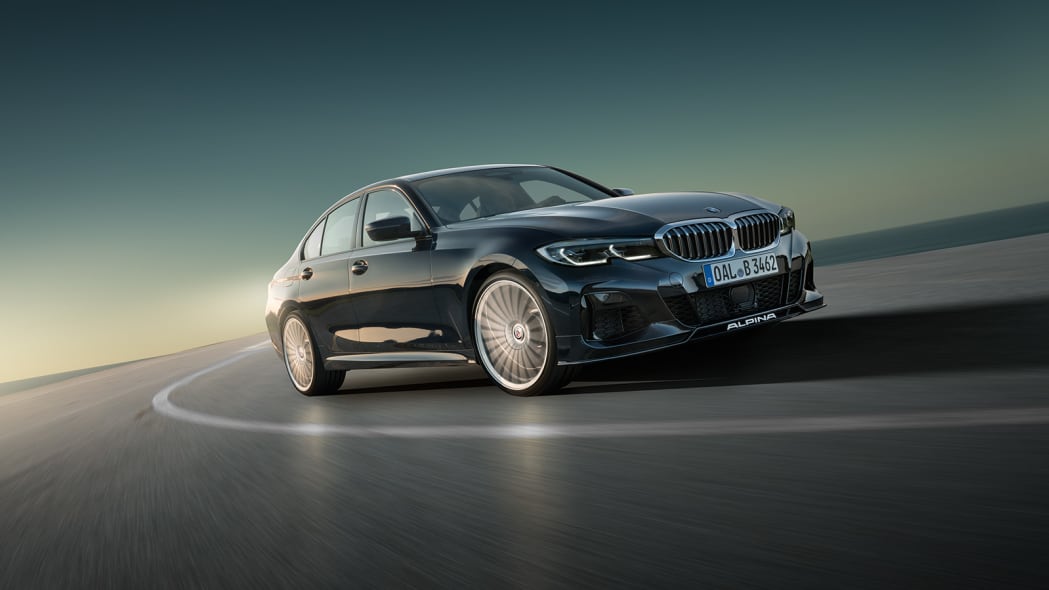 It took less than a year for German tuner-turned-manufacturer Alpina to release a hotter variant of the seventh-generation BMW 3 Series. The newest B3 made its debut during the 2019 Tokyo Motor Show, a little over a month after the firm introduced the sedan's Touring-badged wagon companion.

The B3 is not a replacement for the M3, and there isn't as much overlap between the two models as there might seem to be. Both are quicker variants of the run-of-the-mill 3 Series, but the B3 puts a much bigger focus on comfortable high-speed cruising than on improving its lap time. To that end, it receives low-key design tweaks like a redesigned front bumper accented by an Alpina emblem, and a small, unpretentious spoiler on the trunk lid. Form follows function here; the firm pointed out the bigger air intakes chiseled into the front end improve cooling, while the spoiler adds downforce.

Alpina-specific shades of metallic blue and metallic green further set the B3 apart from the 3 Series, at least to car-spotters who know which signs to look for. 20-spoke alloys come standard.

The B3's racing genes are muted, so Alpina was less concerned with shedding weight than BMW M, and it didn't need to deck out the cabin with carbon fiber to reflect the diet it put the car on. The passenger compartment unabashedly features wall-to-wall leather upholstery, including Lavalina — which is normally found on high-end Italian furniture — on the steering wheel. The driver faces the 3's digital instrument cluster updated with Alpina's own graphics and colors, while the infotainment system is standard BMW fare. It genuinely looks like a comfortable place to travel in.

The engine bay is not as cozy. Alpina re-engineered the M340i's turbocharged, 3.0-liter straight-six to squeeze out 462 horsepower and 516 pound-feet of torque. It spins the four wheels via an eight-speed automatic transmission manufactured by ZF and tweaked in-house for quicker shifts, and BMW's xDrive all-wheel drive system. Expect the B3 to reach 60 mph from a stop in under four seconds, and go on to an Autobahn-worthy top speed approaching 190 mph. Speed-craving motorists can count on a three-mode adaptive suspension, variable sports steering and ginormous brakes to keep the six-cylinder's power in check. Alpina offers a more powerful braking system with lighter drilled discs and pads made to withstand higher temperatures at an extra cost.

The 2020 Alpina B3 will begin rolling off the firm's assembly line halfway through 2020. Don't expect it to join BMW's American range, though. Autoblog learned from a company spokesperson that the B3 isn't planned for the United States, so motorists pining for a hot 3 will need to wait for the next-generation M3 to make its debut, likely during the 2020 edition of the Geneva auto show. 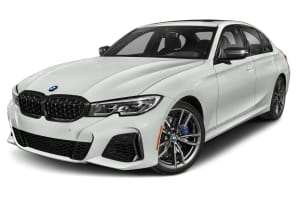