We get a better look at its tail end. 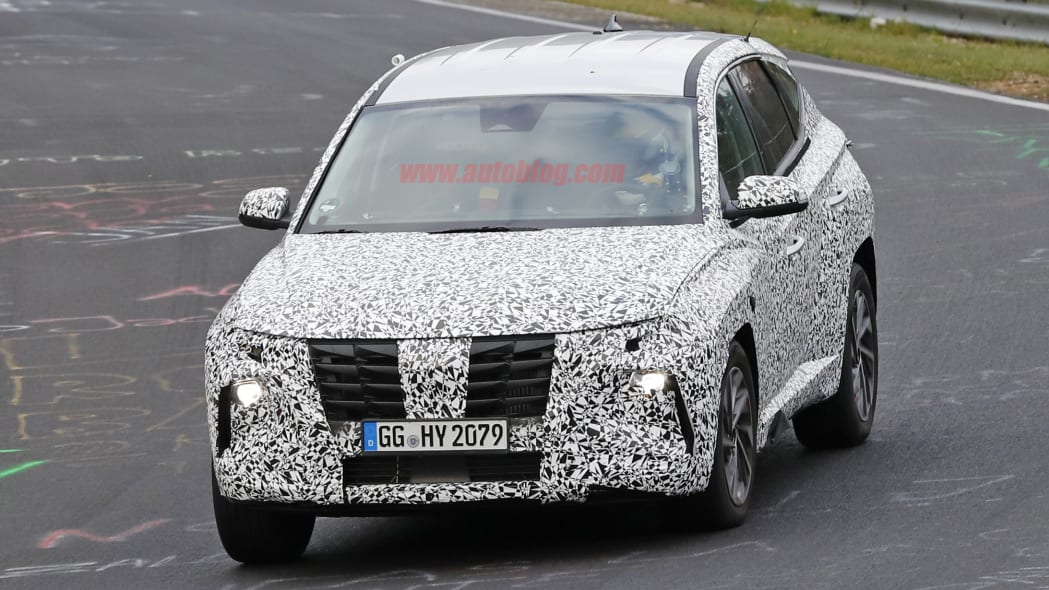 The 2021 Hyundai Tucson compact crossover has been spied once again. This time, we get a good look at the back half of the crossover, after getting a clear look at the front previously.

Along the sides, we can see the Tucson has crisp, undulating lines running along the top of the sheet metal with a Coke-bottle silhouette that's curvier than that of the current Tucson. The wheel arches have a more squared-off appearance and have creased areas that highlight them. At the D-pillars, the windowline still kicks up like the current one, but not quite as high. The rear-quarter window looks a little larger, too. Those rear pillars also have more rake than on the current Tucson.

The back of the new Tucson is a significant departure from the current crossover. Though the lights aren't completely visible, it appears that they stretch the full width of the liftgate. The rear hatch also has a concave section that seems to merge into the taillight area.

We don't get as good a look at the front as we have in the past, but we know that the front fascia is clearly derived from the Le Fil Rouge concept with the headlights blending into a huge grille. Little is known about the specs, but it will probably offer naturally aspirated and turbocharged four-cylinder engines. Odds are good some kind of hybrid will be available, as well as a sporty variant from Hyundai's N division. The crossover is expected to be revealed sometime in 2020 as a 2021 model. 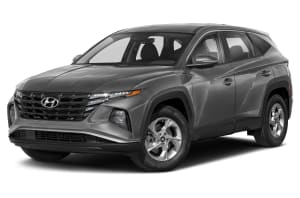