2020 Porsche Macan Turbo First Drive | More power and then some 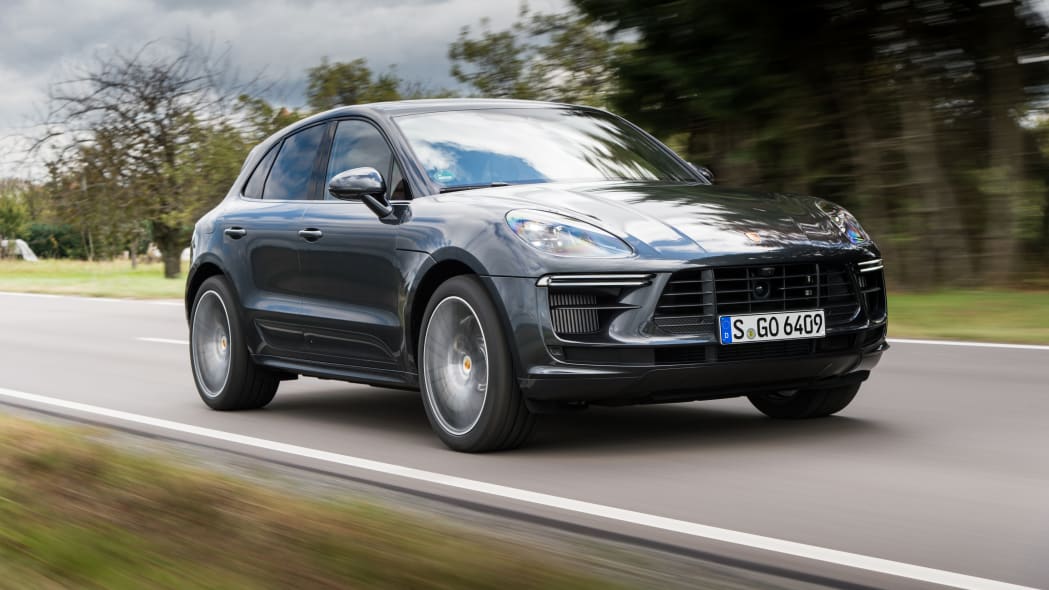 STUTTGART, Germany — The 2020 Porsche Macan Turbo proves to be incredibly surefooted when hammered through the treelined switchbacks around Stuttgart. With its upgraded suspension, now-standard 20-inch wheels and Porsche’s Traction Management (PTM) all-wheel-drive system, Macan Turbo's handling greatly exceeds anything else labeled SUV. In reality, it can put a fair share of sports cars under pressure.

Among its various updates, the 2020 Porsche Macan Turbo gets a new 2.9-liter twin-turbo V6 good for 434 horsepower and 405 pound-feet of torque. Crucially, it's a far more engaging engine than the powerful, yet soulless turbo V6 found in the otherwise invigorating Macan S. Having nearly 100 extra horses doesn't hurt, either.

Both engines use a “Hot V” turbo placement with the turbocharger placed inside the cylinders' V. This allows a much shorter path for the exhaust gases to reach the turbo, consequently quickening response. In the 2.9-liter Turbo, capital "T," this means a 37% increase in power with the same amount of torque available over a larger rpm range.

All its power goes through a retuned seven-speed PDK dual-clutch transmission. Its Sport mode offers quicker shift times than before, helping the Turbo sprint from 0 to 60 in a very rapid 4.3 seconds. You can shave off an additional 0.2 second by ticking the Sport Chrono options box and utilizing Launch Control. Either way, the new Turbo is 0.3 second faster than last year's model and will max out 3-mph faster at 167 mph. Impressive stats for the small SUV, and it all comes attached to a now-standard Sport Exhaust System that helps add even more welcome character to the Turbo experience. 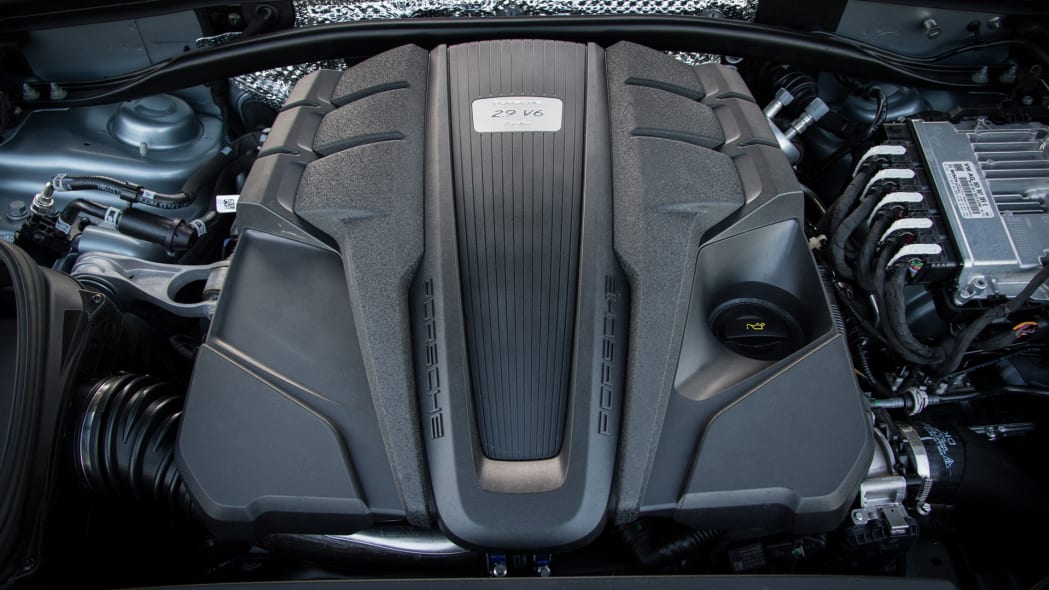 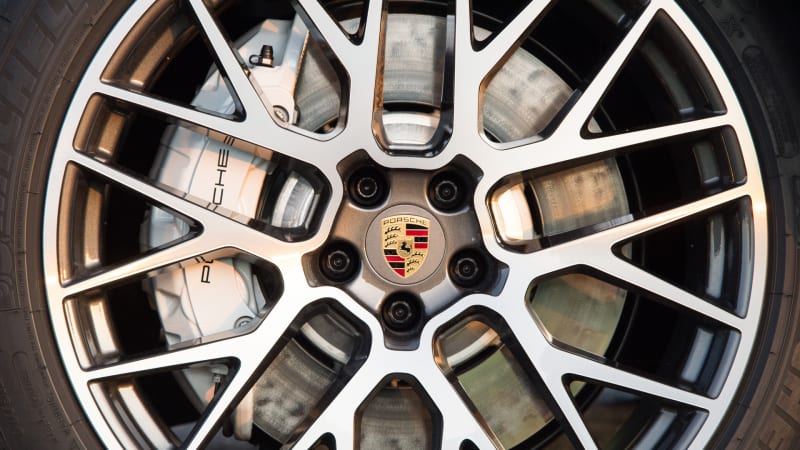 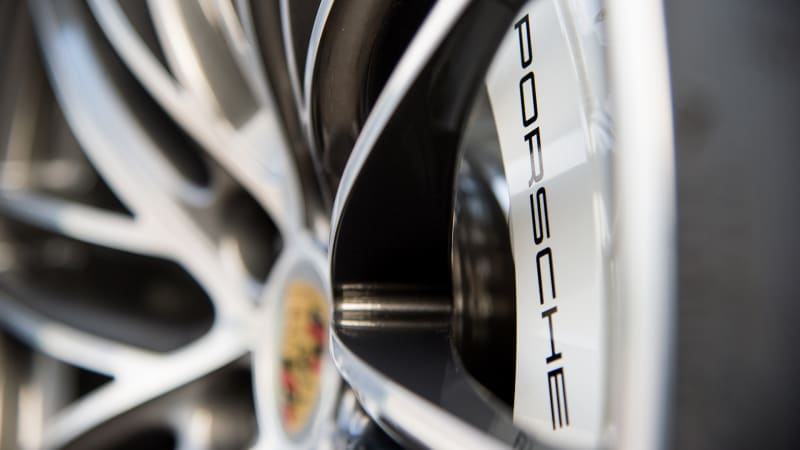 Of course, all of that power is of no use without the matching power to stop it. To that end, the front rotors measure in at 390 millimeters (15.3 inches), an increase of 30 millimeters, and all four corners get Porsche’s Surface Coated Brakes (PSCB). Featuring a tungsten carbide coating, the rotors cut brake dust nearly in half while increasing both braking performance and rotor life span. To underline PSCB's brake-dust-reducing capabilities, Porsche audaciously painted the calipers white. Porsche's Ceramic Composite Brakes are still on the options list.

Upgrades were also made to the Turbo's suspension. The standard adaptive steel dampers were revised, and like those on the Macan S, the control arms are now made of aluminum instead of steel, and they have a unique forked design that spreads over and around the driveshafts, creating a more direct connection with the front upright. According to Porsche, this design is stiffer and 3.3 pounds lighter than before. This reduction in unsprung mass eases the amount of work the damper has to do, increasing grip and giving the driver more precise feedback. Available chassis upgrades include an optional adaptive and height-adjustable air suspension and Porsche Torque Vectoring Plus.

Trail brake the Macan into a tight corner carrying a bit of speed to transfer weight onto the nose, feel it rotate around you, then plant your foot to rocket off to the next twisty bit with authority. By contrast, most other SUVs, even those with sporting pretensions, would give up here with the front end simply washing away and leaving you to deal with arms full of understeer. 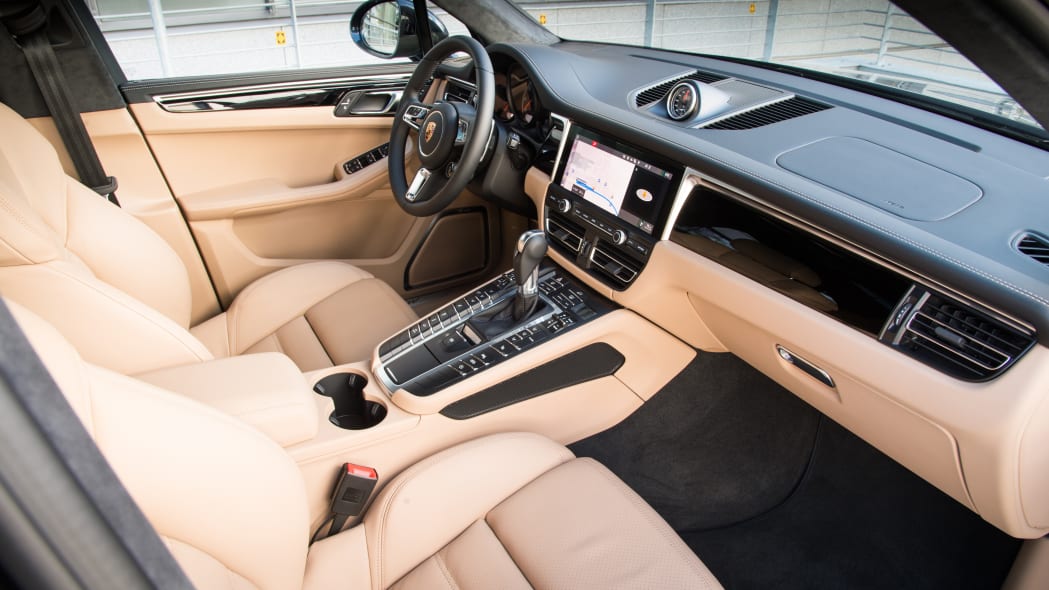 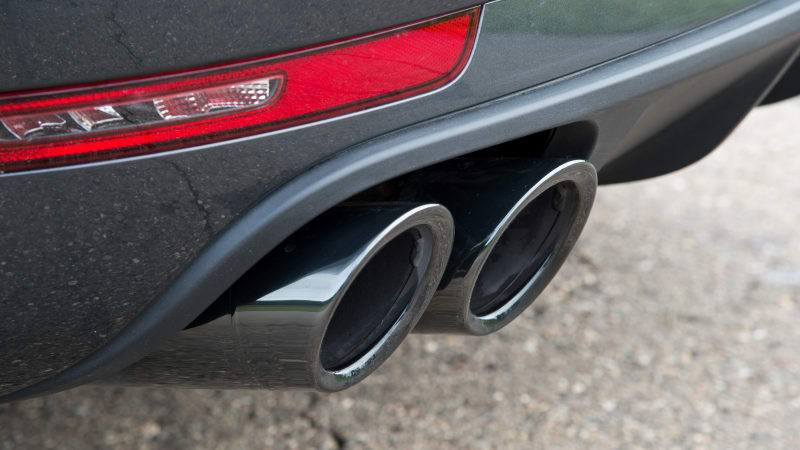 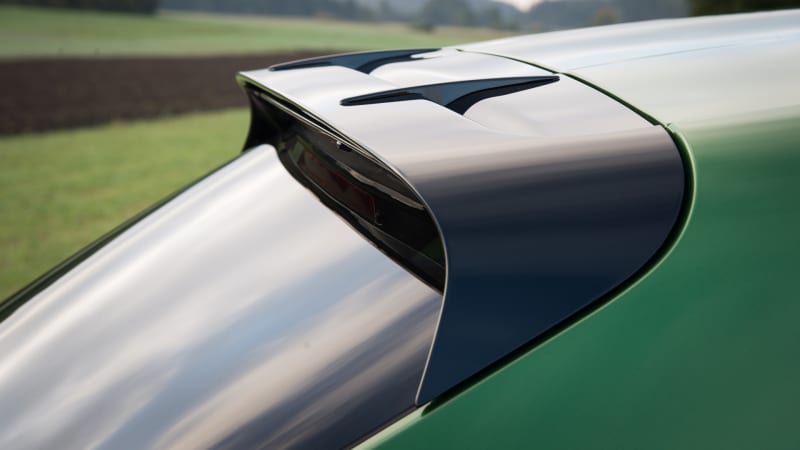 The interior also sees an upgrade, most notably the new 10.9-inch touchscreen that has previously impressed in the Cayenne with its customizability and hi-res graphics. The Turbo gets standard adaptive sport seats, leather upholstery and a 14-speaker Bose sound system, while the options list gains Qi wireless charging. Our test car was equipped with a smaller diameter GT sports steering wheel that we'd highly recommend. For the first time you can also get a heated windshield in the Macan. It uses a special integrated film instead of the visible heating elements used in various Land Rovers. It works as advertised without impeding your vision, but seems likely to be very expensive to replace come winter rock chip season.

Outside, the Macan Turbo gets the same updates as its lesser siblings, including a full-width LED taillight bar. However, to set it apart, the Turbo also receives several distinct visual upgrades designed to mark it as the top dog: a double "rear wing" roof spoiler, widened wheel arches, three enlarged air intakes up front and higher front lighting modules adjacent to the adaptive LED headlights. Sport Design side skirts, mirrors and "side blades" are also standard, while the aforementioned Sport Exhaust System brings with it quad pipes.

This may sound like a lot, but to these eyes, there's just not enough of a visual difference between the Turbo and the S (or even the base Macan for that matter). If anything, having so many body-colored parts relative the lesser Macans makes it look less visually distinctive.

Pricing starts at $84,950, including a $1,350 destination charge. With many of the options available on the Macan S standard on the Turbo, a similarly equipped S would run $80,610, making the price premium for the Turbo's extra 84 hp and various visual differences a perfectly reasonable $4,340. That said, a value buy the Macan Turbo is not. The 505-hp Alfa Romeo Stelvio Quadrifoglio is about $3,000 less, while the 503-hp 2020 BMW X3M Competition starts at around $77,000.

Nevertheless, the Porsche Macan has always been a cut above its competitors, and the revised 2020 Turbo continues that tradition. Yes, it costs more, but it also drives like it should thanks to sports car-like handling and an impressive upgrade in power. If you like your SUVs to be able to run circles around everyone else, the Macan Turbo will fit the bill nicely.