eBay Find | This 1981 Toyota Trekker is the real retro deal

The 4Runner before there was a 4Runner 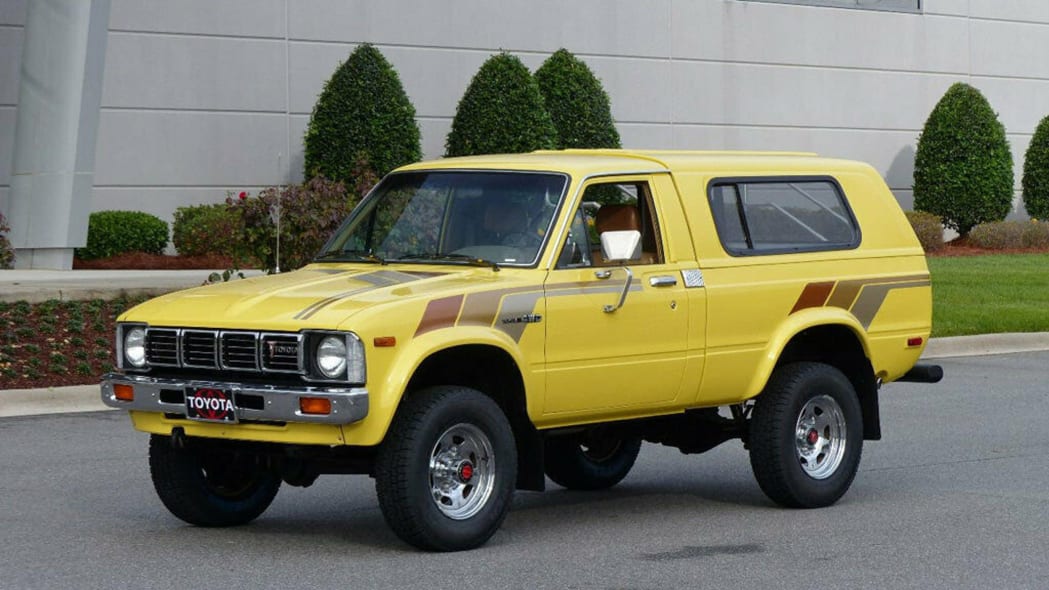 Before Toyota made its own Hilux-based SUV in the 4Runner, there was the Trekker, an early '80s experiment between Winnebago and Toyota. It's based on a Hilux 4x4, and it uses a 97-horsepower 22R 4-cylinder engine that's mated to a 5-speed manual transmission. Dipping its toe into the SUV market, the Trekker had a custom fiberglass rear canopy, extended carpeting, and two added rear seats. And an example of this obscure piece of Toyota history could be yours with this bright yellow 1981 Toyota Trekker.

It appears to be in good shape, and the odometer shows only 28,421 miles of driving. It has a five-speed manual, and as one of only approximately 1,500 made, it's a rare breed that preceded the Toyota 4Runner. This particular example has an all-tan interior with vinyl seats. Additional features include chrome wheels, power steering, power brakes, air conditioning, SR-5 add-ons, AM/FM stereo, and tinted glass.

Interestingly, the idea for the 4x4 people hauler didn't come from Toyota or Winnebago, but instead it was imagined by Wisconsin Toyota dealer Jack Safro, and between 1,000 and 1,500 examples were reportedly built and sold. Many consider it the inspiration for what eventually became the Toyota 4Runner 4x4, which is obviously still in production today.