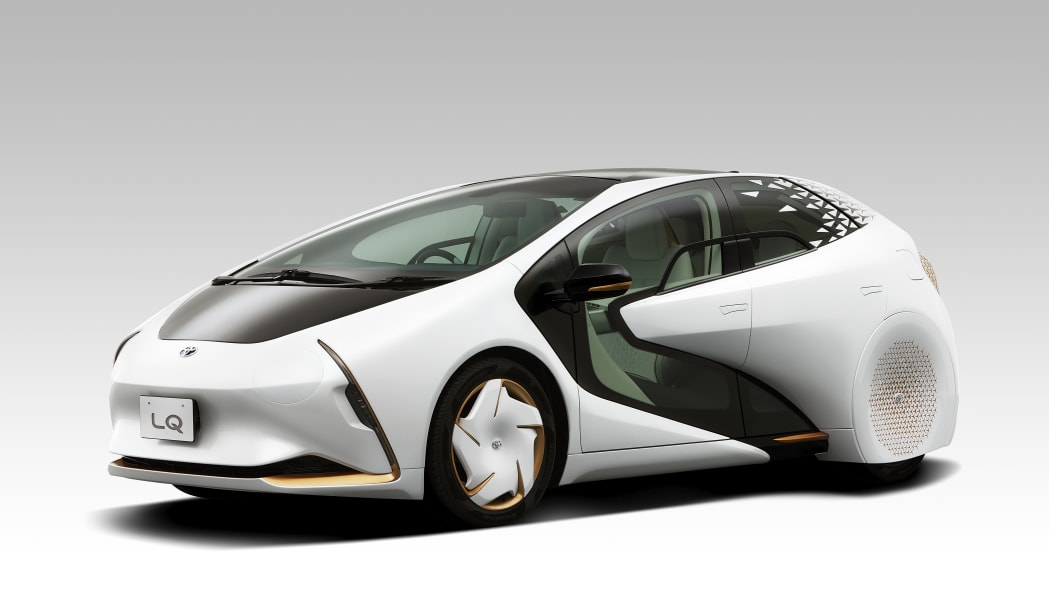 In 2017, the Toyota Concept-i EV hummed into the Consumer Electronics Show. presented as "what driving a Toyota means in the year 2030," and an answer to the question, "[How] do we make this futuristic car convey something that's still fun to drive, but also have a new way to interact between driver and car, and basically, reignite a love for cars?" Around the same time, Toyota said it would put an evolution of the Concept-i to work as an escort vehicle at the 2020 Tokyo Olympics. The new LQ concept is that evolution, coming to the Tokyo Motor Show later this month.

The Concept-i housed an AI assistant called Yui, the software enlivened with Disney's 12 Principles of Animation that code behaviors to make fabricated things seem real. Toyota's assertion when debuting the Concept-i was, "We don't want to make a cold, technical, dry, soulless machine." The LQ expands the methods of interaction between Yui and occupants, the aim being to personalize the driving experience and "build an emotional bond between car and driver," the development philosophy being, "Learn, Grow, Love." We're sure Messers Asimov and Dick would approve.

Yui "lives" in a sky blue circle in the center of the 3D-printed instrument panel. Yui responds to voice commands, but by monitoring the driver's physical state, can also act on its own to make the cabin more conducive to safe, alert driving by changing the embedded light displays, selecting music to play, emitting a fragrance, and changing the seat form. If Yui senses driver fatigue, it can inflate an air bladder in the seat back "to support an upright sitting posture" and turn on the seat cooling, deflating the bladder when Def-Con status returns to normal. Those light displays open up another means of human-machine interface, with Yui using lights in the cabin ceiling and footwells to communicate with occupants; for instance, Yui can light up a footwell to indicate which passenger it's speaking to.

Other tech tricks include organic LED instrumentation, and an augmented-reality HUD spread across the windshield that can overlay graphics on the outside world at a range of 23 feet to 135 feet. A catalyst on the radiator fan converts surface-level ozone into oxygen while driving. Level 4 autonomy means occupants can let Yui do the driving. Yui can park itself at some destinations thanks to an automated valet system developed with Panasonic that uses cameras and sensors on the LQ and cameras in the parking lot to ensure a safe trip to the parking spot. And on top of the Concept-i's numerous displays capable of interacting with people outside the car, the LQ adds 1 million tiny mirrors in each headlight able to project complex graphics on the road.

Now finally ready to interact with the public, the LQ's been tweaked to improve the everyday human experience. The Concept-i had two doors, the LQ has four. The design studio interior's been toned down for John Q. Public, the alien steering control swapped for a round wheel. The mostly glass roof of the Concept-i has been filled in, just two tinted glass slots remaining.

The LQ goes on show at the Future Expo exhibition in Tokyo later this month. Come next year, Toyota's taking the LQ on the road after the Olympics, offering people a chance to win a ride in the concept by going to the dedicated Yui Project site.