It's just as powerful as the two-door M8 coupe 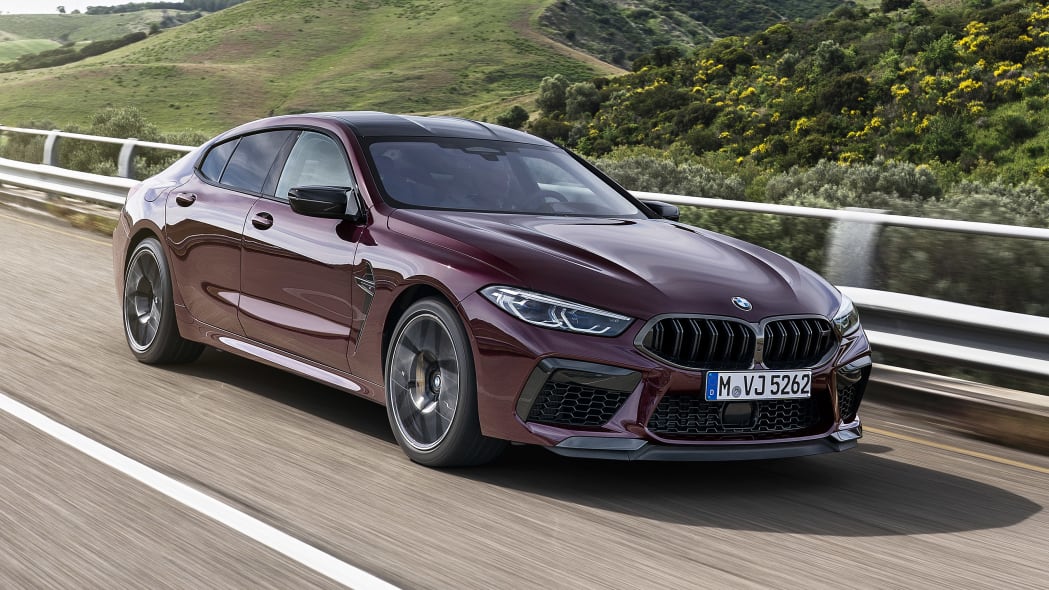 The 2020 BMW M8 Gran Coupe is here, a little over a year after the concept previewed the super sports sedan, and only months after the plain 8 Series Gran Coupe launched. And it certainly lives up to the M8 name, packing the same pair of twin-turbo 4.4-liter V8s as the two-door coupe. In base trim, it produces 600 horsepower and 553 pound-feet of torque, and the Competition model bumps power up to 617 ponies. It makes the same 553 pound-feet of torque, but that torque peak lasts an extra 260 rpm. All this power allows the Gran Coupe to hit 60 mph just as quickly as the two-door model at 3.1 seconds for the regular M8 and 3.0 seconds for the Competition. The M8 Gran Coupe is limited to 155 mph as standard, but the optional M Driver's Package bumps the top speed up to 190 mph. It also includes driver training at one of BMW's Performance Centers in South Carolina or California.

The M8's V8 is coupled to an eight-speed automatic transmission and all-wheel drive. The all-wheel-drive system is similar to that in other high-power M cars in that it functions like a rear-drive car until it starts to lose traction. When that happens, the multi-plate clutch on the transfer case sends power to the front. If you want it to be completely rear-drive all the time, it will do so when the stability control is disabled. The M8 also has an electronically-controlled limited-slip differential at the back to provide optimum rear traction.

Power isn't all that makes the M8 Gran Coupe worthy of the notorious letter. It has an extra engine oil cooler and a transmission cooler, plus a redesigned oil pump and pan to ensure the powertrain stays cool and lubricated during track duty. The car also gets many lightweight goodies such as a carbon fiber roof and carbon fiber reinforced plastic portions of the transmission tunnel. The doors, hood, roof, engine subframe, front bulkhead and rear bumper are all made of aluminum, the trunk lid is plastic and the dash support is magnesium. It gets big 275-mm front tires and 285 rear tires, and the standard M8 has 15.5-inch front brake rotors with six-piston calipers and 15-inch rear rotors with single-piston calipers.

The Competition model, pictured at the top, gets a few bonuses. It has stiffer engine mounts, a dual-mode exhaust with a presumably mean note, and suspension with more negative camber. The front brakes are larger at 15.75 inches, too.

The rarest of the M8 Gran Coupes, at least initially, will be the First Edition. It's painted in a dark green with bronze trimmings that echo the 2018 concept car. Only 50 examples will be offered in the United States out of 400 total built, and all of them will be Competition models. This special model will go into production next March, while the regular M8 Gran Coupes enter production this November. 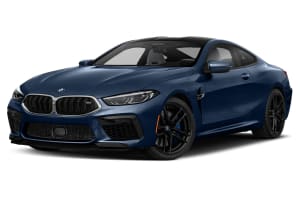