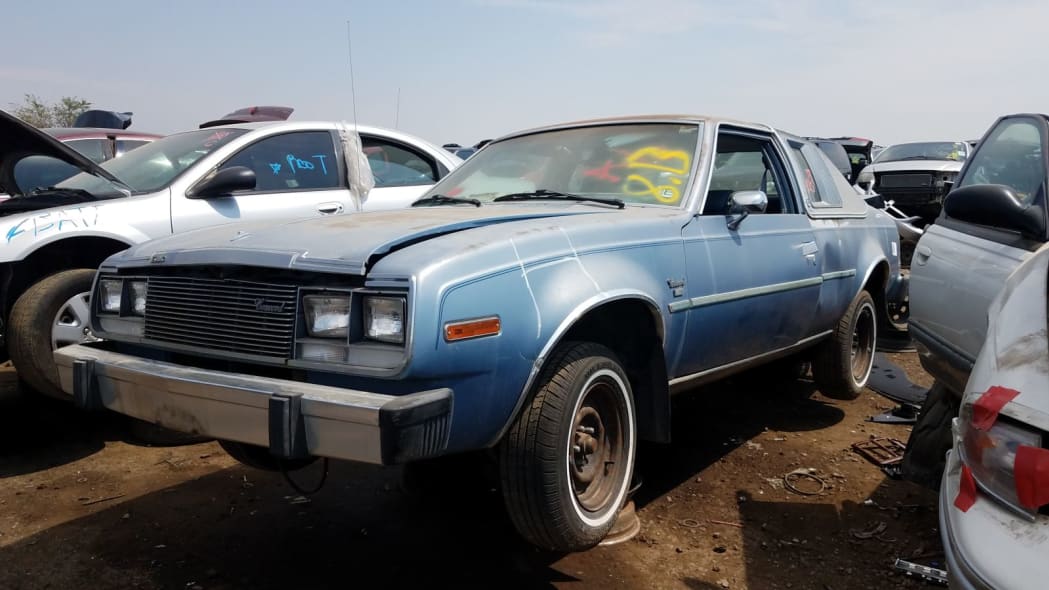 The American Motors Corporation story doesn't have much of a happy ending; the company started out as the merger of Nash-Kelvinator and Hudson, acquired Jeep, had a good run of sales during the 1960s and into the early 1970s, then entered into a gradual decline that culminated in a bailout by the French government (via Renault) in 1978 and the absorption by Chrysler in 1987. By 1980, the Concord had become AMC's best-selling car (with four-wheel-drive versions badged as Eagles), and Concords once roamed American streets in significant numbers. Here's a very solid 1980 Concord DL two-door sedan, photographed last year in a Denver self-service wrecking yard. 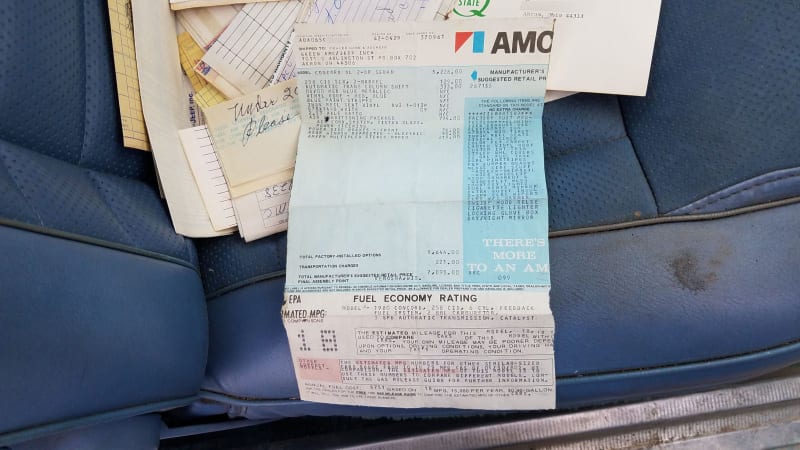 The body and interior showed a bit of fading, but I couldn't find any significant rust and all car's receipts— not to mention the original window sticker— were in the glovebox. This Concord sold originally in Akron, Ohio, then moved to Colorado a few years later. 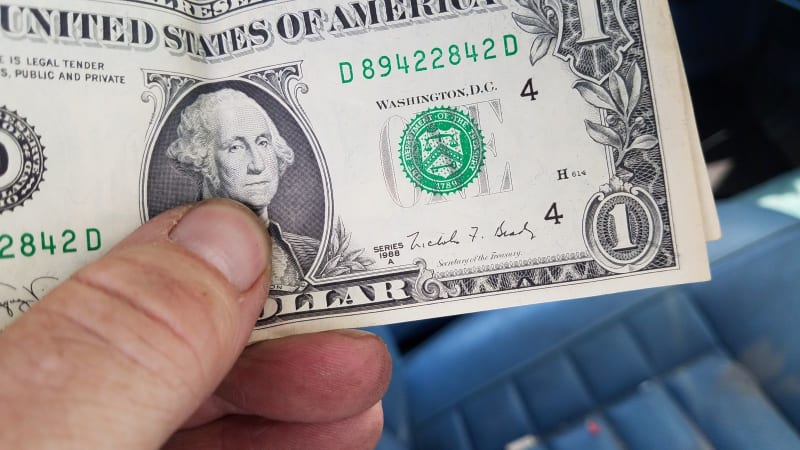 I even found three crisp $1 bills among the papers, dated 1988. The newest receipts dated from the middle 1990s, so I think the car sat outdoors for the 24 years prior to taking that final tow-truck ride. 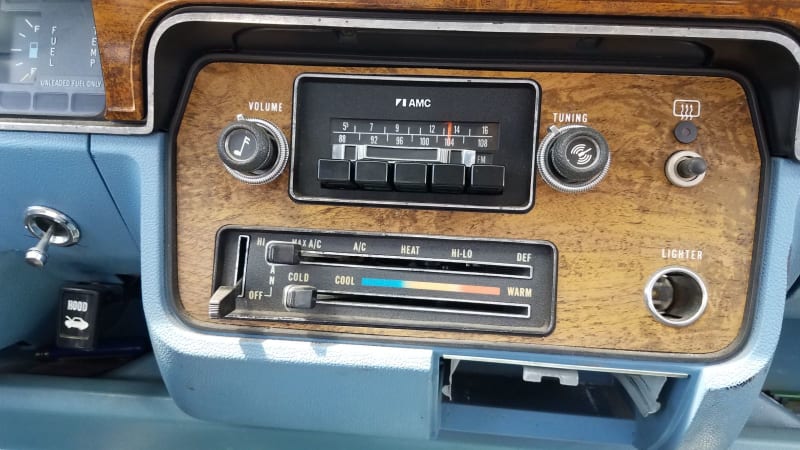 Options galore inside, including air conditioning and an AM/FM stereo radio. The radio was a $219 option, which comes to about $720 in 2019 dollars. That's why thieves stole factory radios back then. 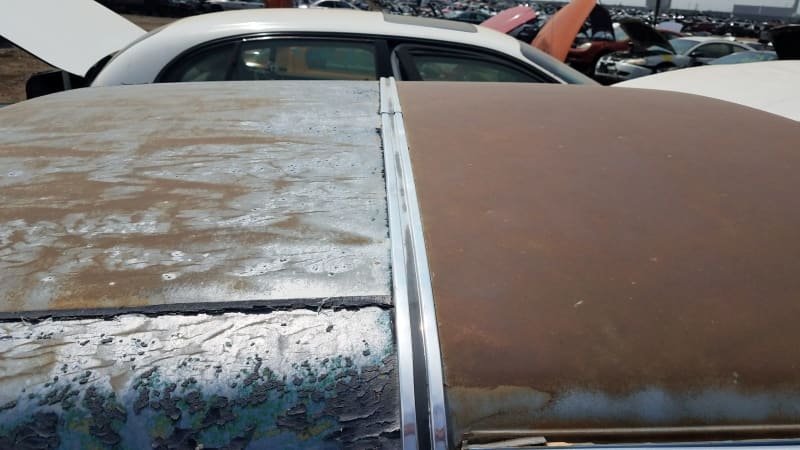 The padded vinyl roof, one of the snazzy features that came standard with the Concord DL in 1980, got blasted to powder by the Colorado sun years ago, but otherwise the body looks great for a 38-year-old junkyard inmate. 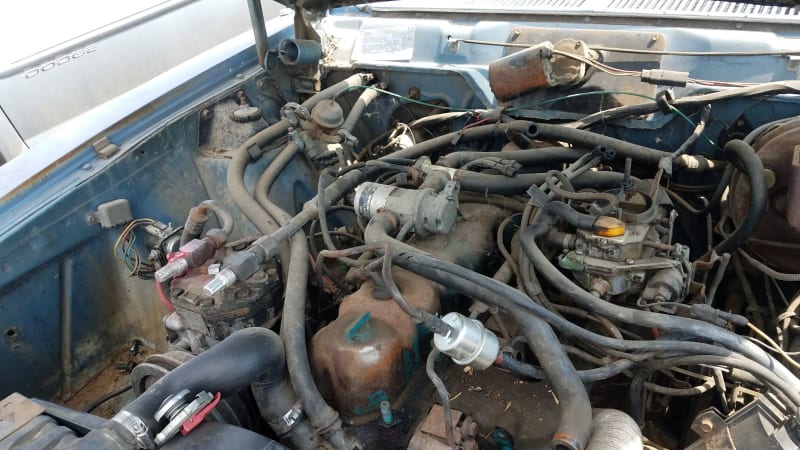 Power came from this sturdy 258-cubic-inch straight-six engine, rated at 110 horsepower. The base engine was the agriculturally underpowered GM Iron Duke straight-four, which offered a mere 82 horses.

With the Iron Duke, the Concord conserved gas the way a camel conserves water.