Compare it to the current truck's suspension 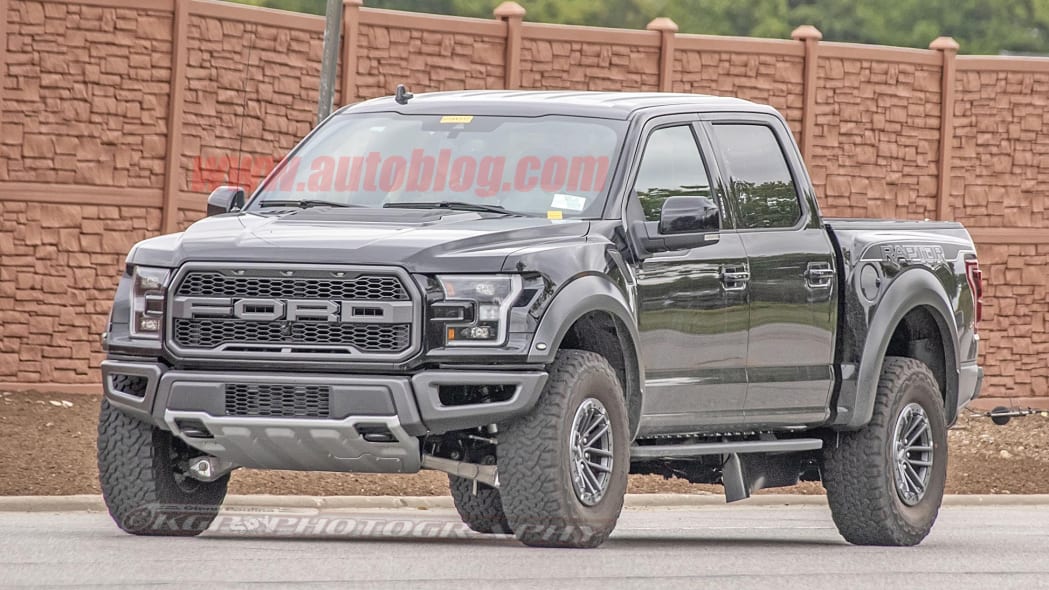 The current 2019 Ford F-150 Raptor has quite a few suspension changes compared with the regular truck, but it looks like the next-generation will differ even more. One of our spy photographers caught a Raptor prototype driving around with carefully camouflaged rear suspension. That spy photographer also managed to get up close to one and see behind some of that camouflage to discover that it was sitting on what had to be a coil-spring rear suspension.

The evidence is most clear in the comparison photos up above that the photographer kindly put together. There are no leaf springs in sight, and the exhaust has even been raised up to fill in the space the leaves would have taken up. From another angle, we can see again the lack of leaves, as well as a fabric covered cylinder on what looks like spring perches. They have to be coils.

Further evidence comes in the form of the newly added trailing arms attached to the rear axle. On a live axle with leaf springs, the springs themselves help to keep the rear axle in place. Coils can't provide that fore and aft control, so trailing arms like those seen in this truck are necessary to keep the axle positioned properly.

We're expecting the new F-150, and by extension, the new Raptor, to be revealed around 2021. Besides the significantly redesigned suspension, rumor has it that the next Raptor could get the Shelby GT500's supercharged V8. Whether it does or not, the next Raptor should be impressive. It will also have some competition in the form of the Hellcat-powered Ram 1500 TRX.

$63 - $1,885 Nat'l avg. savings off MSRP
See Local Pricing
I'm not in the market for a vehicle at this time. Please move this suggestion to the side for 30 days.
Huge Savings