Hyundai develops an airbag to protect you from your passenger, and vice versa

It's coming to future Hyundais 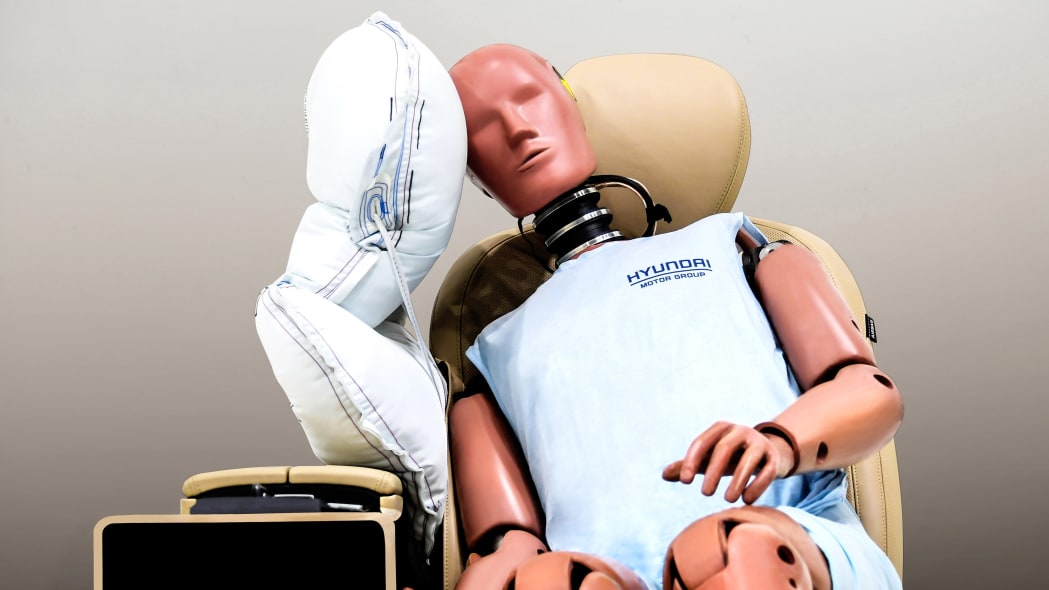 In modern cars, we're protected on nearly every side by airbags. Even our knees get them, though their effectiveness is questionable. But Hyundai discovered there's still an area in which we're not protected, and that's the area between the driver and front passenger.

To fix that, Hyundai developed a side-impact airbag that fills the center console space. It deploys from the driver's seat, and it's tall enough to cover the whole torso and head. It also features tethers to ensure the airbag stays in the right position to protect the front occupants.

Hyundai says this airbag is designed to protect the driver and front passenger from colliding during a crash. It says that it should reduce the chance of a head injury in such a situation by 80%. If there isn't a front passenger, the airbag will still inflate to help protect the driver from the impact zone on the passenger side. The company hasn't given a specific timeframe for when the airbags will be implemented, but it did say they will appear in future Hyundais.