This brand didn't quite take off in the U.S. 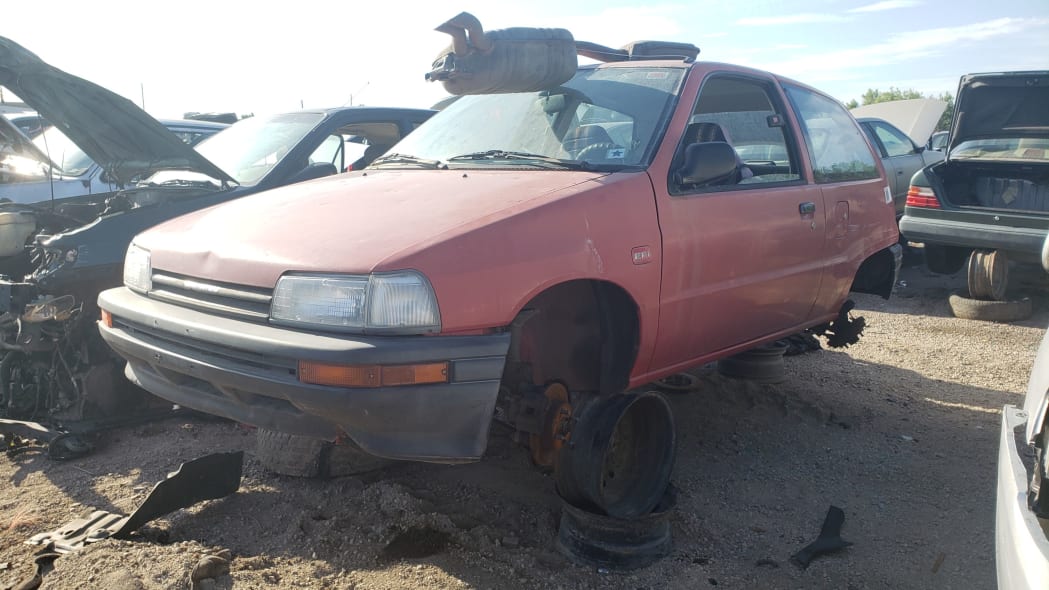 The North American automotive landscape is littered with the bones of overseas marques that tried and failed to get a toehold here. Peugeot, Austin, Sterling, Yugo, Suzuki, Daewoo… the list goes on and on. Daihatsu had the backing of majority shareholder Toyota and a very successful line of vehicles in its Japanese homeland, so the idea of selling in North America seemed to make sense in the late 1980s. Things didn't work out so well in the end, but two models of Daihatsu could be purchased here for the 1988 through 1992 model years. Here's an example of the better-known Daihatsu, spotted in a Denver-area U-Wrench yard. 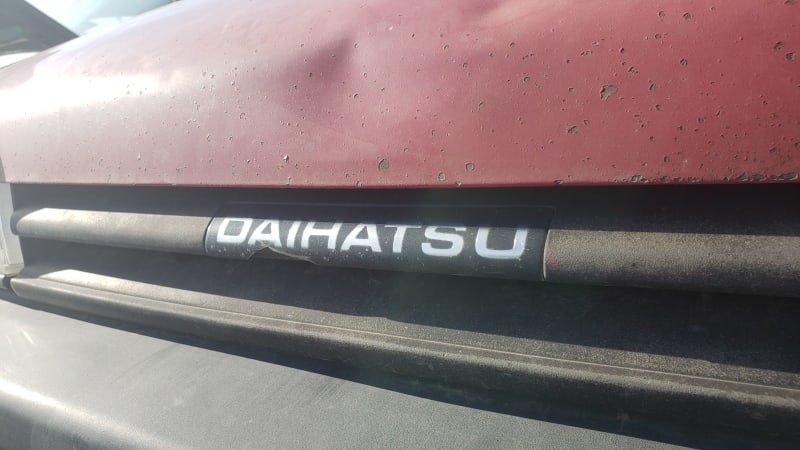 Apologies for the beschmutzified images; I was pulling vast quantities of Junkyard Boombox parts at this yard's All You Can Carry For $59.99 Sale that day, and I got transmission fluid on the lens. 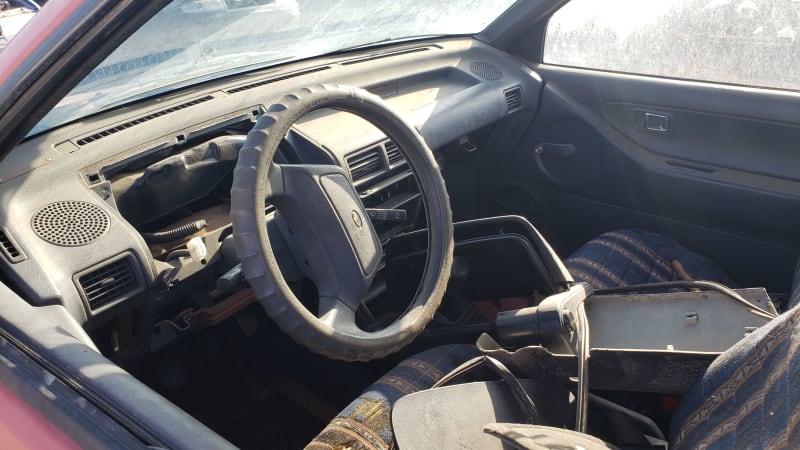 The Charade was very cheap and pretty well screwed-together, but it had to compete against cheap cars from well-known makes such as Subaru (the Justy), Pontiac (the Daewoo-built LeMans), Ford (the Mazda-built Festiva), and Geo (the Suzuki-built Metro), and it was saddled with one of the worst names in automotive history. At least the suits at Daihatsu got the naming thing right with their little mini-SUV: the Rocky. 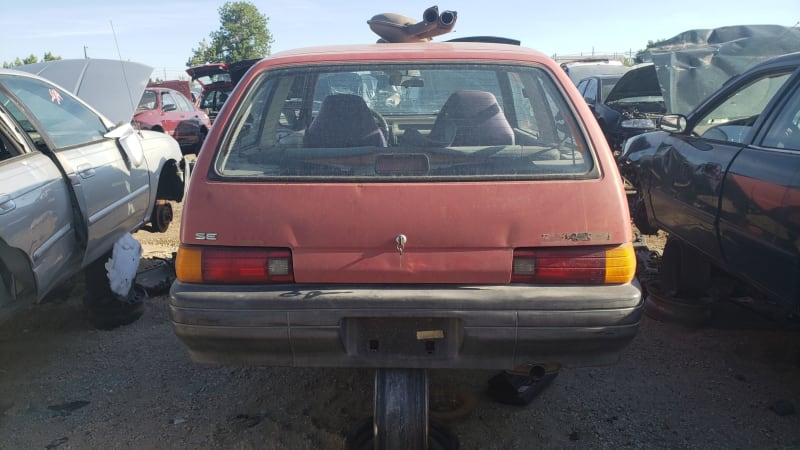 Strangely, I still see the occasional Daihatsu as I roam the car graveyards of the land. I'm not sure where they hide, but they end up here. 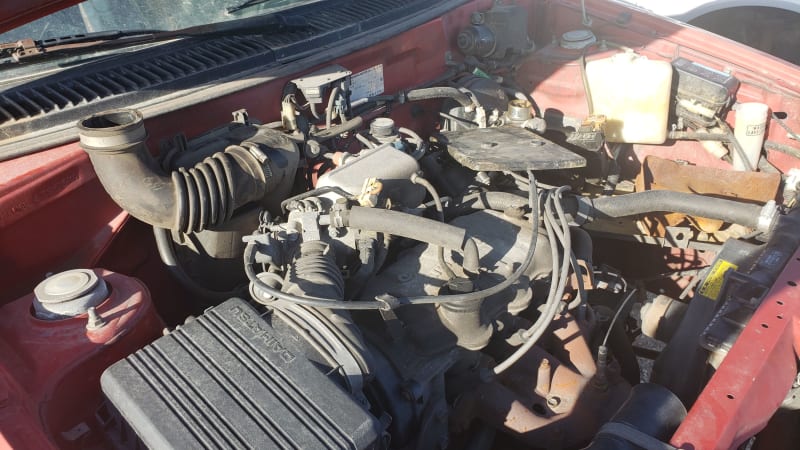 The three-banger in the '90 Charade generated a not-so-whopping 53 horsepower. Think about that the next time you moan about the new Mirage's allegedly intolerable 78 horses, or the Versa's 109.

In Hong Kong, the car's Japanese origins were emphasized in the advertising. We've set a new standards for new cars today… but you can't feel the glow until you drive one away!