FRANKFURT — The Hyundai 45 EV Concept, just unveiled today at the Frankfurt Auto Show, not only celebrates the founding of the Hyundai Motor Company 45 years ago. It also underlines our universal recognition that, when a car company wants to create a design that conveys the glory and despair of our forthcoming electric-powered vehicular future, it must channel the rectilinear, modular, retro-futurism of the early-Seventies.

In 1974, when Korean industrial conglomerate Hyundai decided that it was time to enter the global automobile market, it wanted to hit the ground trotting. The way to do this, it was determined, was to create a splashy show-car for the Turin Motor Show. Hyundai hired Italdesign to pen the concept that would introduce the automaker to the world, headed by design master Giorgetto Giugiaro, who had made his name creating high-end sports cars like the Iso Grifo and De Tomaso Mangusta. The result was a wedgy, low-profile stunner with a nose that would find its way onto the Isuzu Impulse, a tail that would find its way onto the DeLorean, and a silhouette that looked like someone attempted to draw a Porsche 928 with a slide rule. 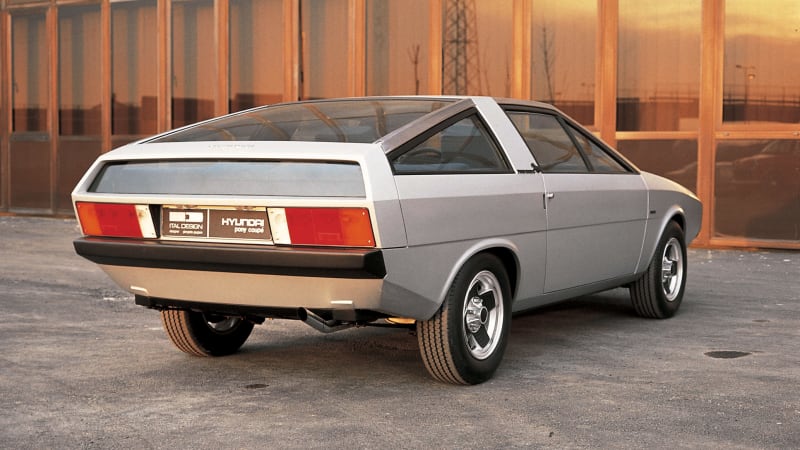 “Nobody knew Hyundai back then. The company had to start somewhere, so why not start with the best? And that was Giugiaro,” says SangYup Lee, Hyundai’s current director of design, as we walk around the concept on the floor of the Frankfurt show. “Giugiaro was given a blank page for this design, which ended up being so pure and genuine, but also challenging to convention. This challenger’s spirit is the backbone of the story of this concept, and of Hyundai as a car company.”

The new concept echoes many of these lines, but updates them for our contemporary time, pushing the wheels further out to the corners to take advantage of the convention-breaking benefits of electric power – motors in the wheels, battery pack in the floor – and thus granting extra space to the passenger compartment. This provides room enough for the front seats inside the vehicle to swivel around and face the rears, in preparation for the allegedly inevitable, but always distant, moment when cars will drive themselves. 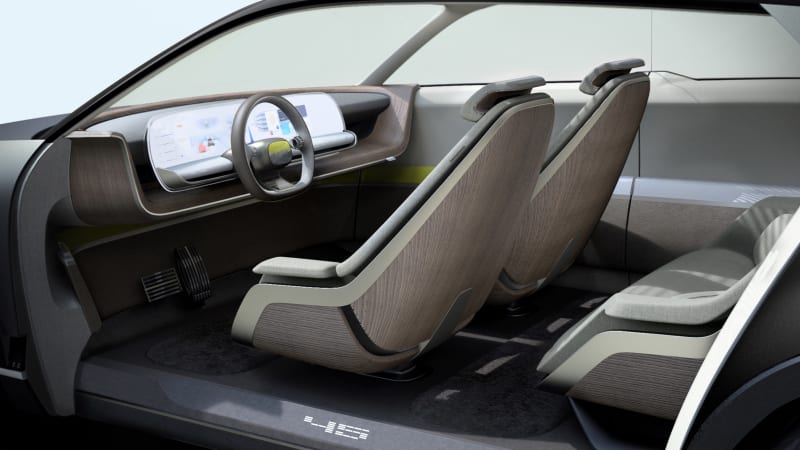 “The long wheelbase and short overhangs, and the flat floor – all typical EV characteristics – allow us to create a vehicle with the space of a C-segment car on a more compact hatchback overall length, and to create an interior that is more like a living space or a beautiful lounge,” says Lee. “And the use of natural light from the roof – which has shades for adjusting glare – and the indirect interior lighting create a warm mood, which is so important. Connectivity and technology is cold. We wanted to make it more inviting.”

Recycled cloth, wood, and silk on the interior surfaces add to this warmth, and, further, reflect a focus on environmental consciousness. “Sustainability is not an option for our industry," says Lee. “It’s a requirement.”

All of this forward-facing tech and design beg the question of why the particular vision of the future defined by the resource-depleted neo-Malthusian nihilism of the mid-Seventies holds such an ongoing sway on our perception of what driving will be like in our evanescent dream future. 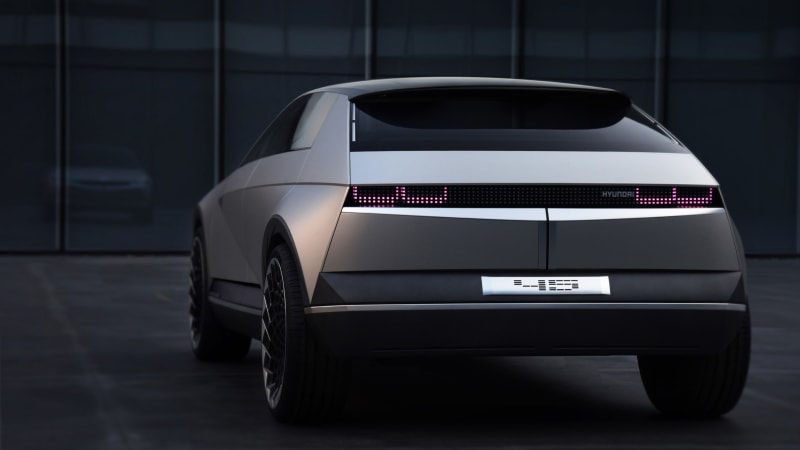 “I remember the Seventies. But millennials don’t remember it. For them, this is a fresh era of design,” says Lee. “This very modern and clean body section, the stretched graphics in the front and rear, looks fresh now. There are lots of over-styled cars today. Simple body styles like this can really pop.”

But Lee is careful not to overstate the new car’s reliance on nostalgic cues. “This is not a retro car, not in-your-face retro. You just catch a scent of it,” he says. “It is a modern car, with a human, analog touch.”

The category-breaking combination of compact hatchback scale combined with higher-riding CUV stance seems to be defining the meat of the forthcoming EV market right now. Lee sees this endless copycatting as a potential point of differentiation amongst generic mainstream market demand. “So many of these cars are going to have a similar shape,” he says. “You almost have to create a story first, and then design the car around that. Whoever comes up with the best story, this is the vehicle that sells.”