It's much more powerful than the production model 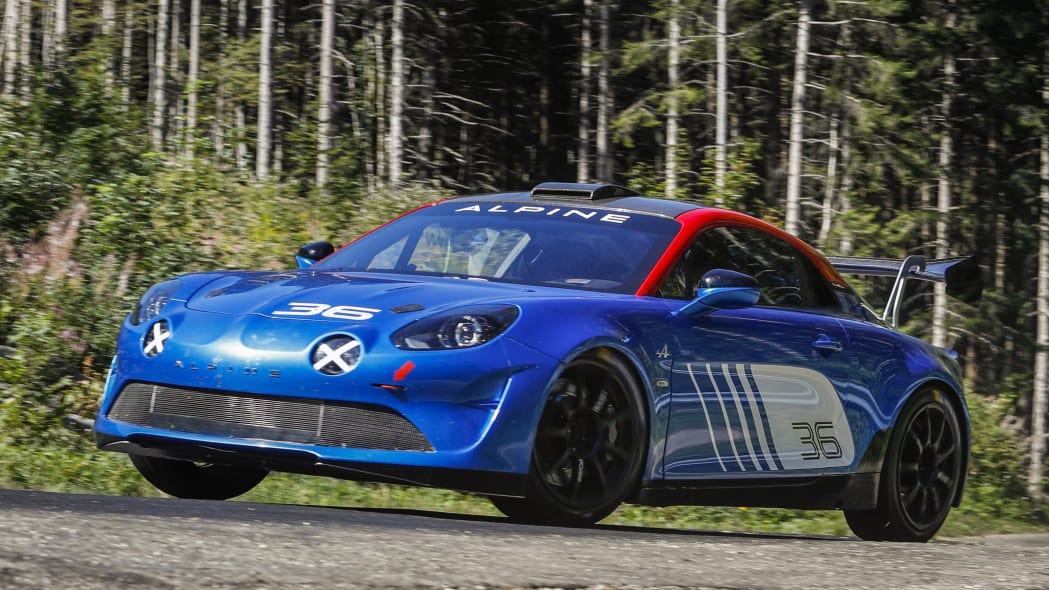 The Alpine A110 mid-engine sports car is a wonderfully fun machine with gorgeous retro styling based on its rear-engine predecessor from the 1960s. And finally, like that old car, the new one is going rally racing. The French company revealed the above car for the FIA R-GT rally class.

According to Alpine, the aluminum chassis is pretty much the same as what you'll find on the production car as well as the Cup and GT4 race cars previously shown. But it does feature special three-way hydraulic suspension to cope with the rough terrain of rally racing. The turbocharged 1.8-liter engine makes over 300 horsepower,  much more than the standard A110's 248 horsepower and even the A110S's 288 horses. The engine is paired with a six-speed sequential transmission and a limited-slip differential. Upgraded Brembo brakes help it to stop, and a roll cage, racing seat and harness keep the driver safe. The whole car has been developed by Signatech, which is the company that handles Alpine's prototype race cars.

Alpine is currently getting the car homologated for the FIA R-GT class, which plays host to rally cars based on production sports cars. The company plans to offer customer cars for about 150,000 euros, which is a little over $165,000 at current exchange rates.

Though the R-GT class is small, it's beginning to grow. The two main cars competing are the Fiat 124 Abarth rally car, which looks and sounds superb, as well as 997-generation Porsche 911s. Several years ago, there was a Lotus Exige that competed. Porsche also recently announced it would start offering an R-GT version of the Porsche Cayman GT4 Clubsport.