DIEPPE, France — Being German sells well in the automotive world, particularly for Porsche, given its implicit associations with engineering prowess and prestige. There's also the unwritten understanding that every German car is built to cruise all day on derestricted Autobahn and be capable of lapping the Nürburgring in less than seven minutes. But considering we won't be seeing the A110 on this side of the Atlantic, Alpine's attempt to be the French Porsche still resonates, leveraging that Gallic identity and proving there's more to life than hitting the 155 mph limiter.

You don't have to make the 2,000-mile round-trip from Alpine's Dieppe home to the Alps after which it is named and back to understand that. But it's a handy way of learning what the brand stands for, especially in the context of a new French law reducing the speed limit on rural roads to just 50 mph.

Driving your Porsche over some Alpine passes on a European road trip might seem wonderful, but go much beyond second gear and you could be facing a hefty fine or have your license confiscated on the spot. Alpine's emphasis on minimalist thrills through modest power and lack of weight look prescient. Or maybe Renault has lobbied for lower limits to level the playing field. 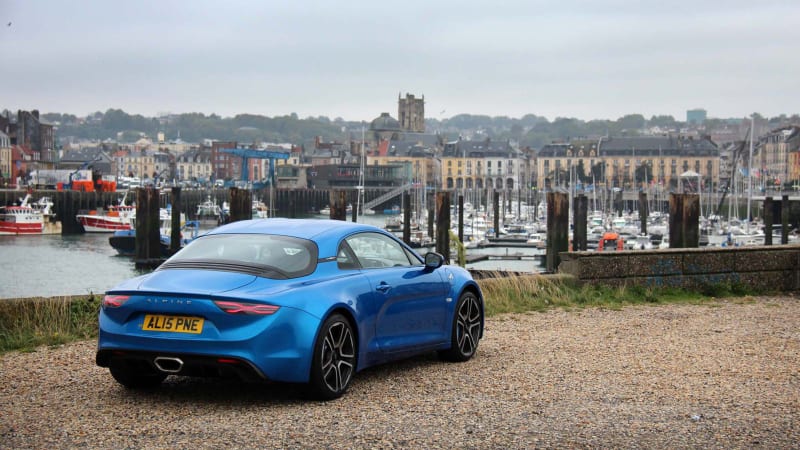 Feel free to speculate on that, but it's clear from driving that the A110 that it shines in how it moves between 0 to 60 mph, rather than how quickly it gets there. With a modest 248 horsepower, the Alpine looks undernourished compared with the 300 horsepower of the 718 Cayman it's priced against in Europe. But, like the more expensive Alfa Romeo 4C it's more accurately compared with, the 2,500 lbs A110 is about less weight, not more grunt.

Where the 4C somehow fails to capitalize on its lack of mass, the A110 instead turns it into a defining characteristic. As any Lotus nut will tell you weight saving becomes a virtuous circle, and the little Alpine ripples over broken pavement in a way only a light, softly sprung car can. As the speeds increase, its character doesn't collapse into unseemly wallowing or loss of body control. Porsche offers options of electronically variable dampers and multiple choice chassis set-ups, torque vectoring and other technical gimmicky — while the Alpine's approach is passive dampers and an open differential. The lack of gimmick works.

Spared the fixation with Autobahn-appropriate gearing, the Alpine is also ready to shine on regular roads. Sure, it'll top out at 155 mph, but its real trick is making 60 mph feel like 120 mph. At those moderate speeds, the plush suspension gobbles up cambers, surface imperfections, and corners as you tap the paddles between third, fourth and fifth gears. Even the twistiest roads feel like they can be taken on a constant throttle, a simple flick of the wrists enough to carry your speed through the turns. In a sports car market obsessed with ultimately meaningless lap times and stats sheet excess, it's refreshing to be able to enjoy a spirited day of driving without exceeding 60 mph once. Alpine's founder, Jean Rédélé, would be proud. 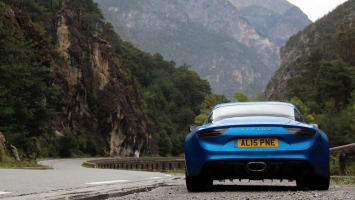 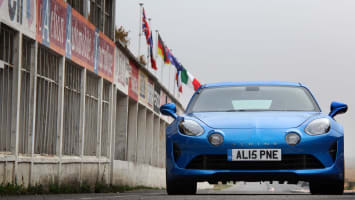 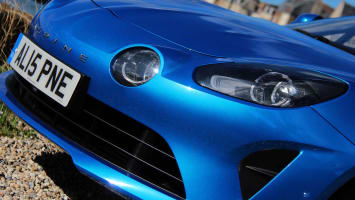 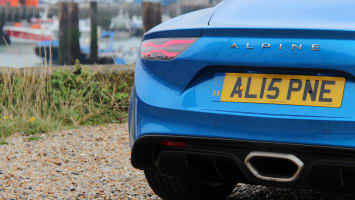 When asked directly why the Alpine will not be crossing the Atlantic, the response of commercial director Régis Fricotté could not be more Gallic. "For sure, there would be a market for this type of car in the U.S.," he accepts with a pout and an open-palmed shrug. "Technically anything is possible, it depends on the resources you want to put in. But when you come into such a market you need to come with a commercial organization, with a distribution network and invest in the factory capacity. And at the moment that's not part of our plan."

The factory in Dieppe is certainly busy. There's a backlog of orders for the 1,955 Premiere Edition cars to fulfil before production switches to the regular Pure and Légende variants. Local passion for Alpine's return could sustain the production level, so what need is there to go beyond? "You could say why go to Japan, why go to Australia?" admits Fricotté. "But in those countries we already have a structure and we get the support of Renault. And Renault group is not in America." 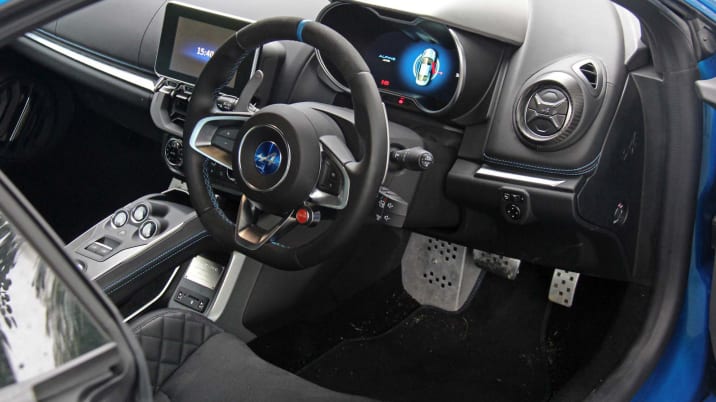 But Nissan with which it shares an alliance is. If demand were strong enough in America could favors be called in there? Another shrug. "The relations within the alliance are strong, but it's not on the table. It's both about the infrastructure and the product – if you want to go into a market like America it has to be there from the beginning."

France may have shared many of its delicacies with the world. But it seems the Alpine will remain one to be enjoyed at home. Porsche can sleep a little easier as a result.