It shares cues with other Mercedes show cars 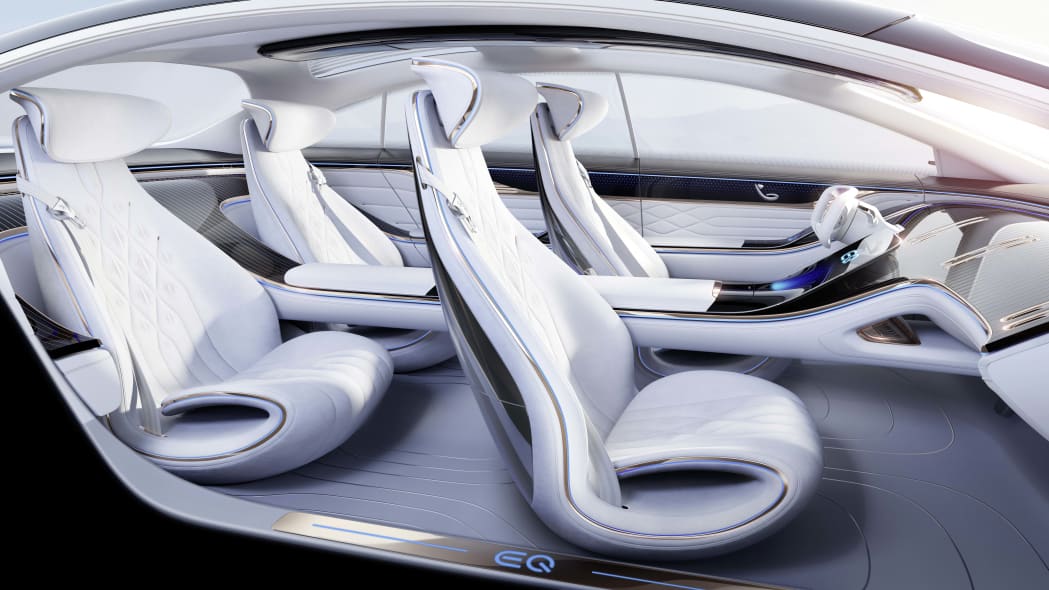 Mercedes has shown a number of electric concept and production cars under the EQ banner over the past few years, but bizarrely, it hasn't shown an EQ sedan. A near-production electric EQV van, yes, but not a car in the body style the company is arguably best known for. But that will change at this year's Frankfurt Motor Show with the Mercedes-Benz Vision EQS sedan concept.

The name was revealed in image metadata for the interior photos shown above. It indicates that this won't just be a sedan, but one with comparable luxury to the Mercedes S-Class flagship sedan. The company also shared a teaser of the car's profile on Twitter. It appears to have a very large cabin area that takes advantage of the fact that there isn't an engine in the front. It has pronounced fenders like the previous generation CLS-Class. It should be quite distinctive compared to the more conservative S-Class.

We get a clearer picture of the interior of this concept car, which takes much inspiration from past Mercedes concepts such as the Mercedes-Maybach Ultimate Luxury SUV. It features bright white leather and rose gold accents on the vents and inlaid among the dark wood trim. The dash and sills are low, providing a more airy experience. There are only four seating positions, all of which get stylish seats that likely offer loads of adjustment. There are no buttons or knobs in sight, just a trio of screens at the front; one large one in the center, and smaller ones on either front door. The large center screen is reminiscent of what we've seen featured in the upcoming S-Class.

The Vision EQS being shown at Frankfurt will be a concept car, but it should spawn a production version. We've seen Mercedes testing an electric sedan with a very similar profile to the teaser drawing shown above. We also wouldn't be surprised to see a similar cabin design and layout to this concept. The fanciful seats and center console will probably be more conventional, though, and a more traditional instrument panel will likely be added.