249-mile range and a luxurious interior

Fully electric vans aren't all the rage yet, but Mercedes is trying to change that with its EQV Concept at the Geneva Motor Show. Mercedes promises this concept is going to spawn an extremely similar production vehicle. The specs on the concept are promising, too.

The EQV Concept will travel 249 miles on a full charge from its 100 kWh battery pack. It's capable of charging up to 25 percent in just 15 minutes, providing 62 miles of driving. This van won't be a speed demon by any measure, as the single electric motor pushes a modest 201 horsepower to the front wheels. Top speed for the big van is 99 mph.

Mercedes wants to give the EQ brand an identity and look separate from the rest of the Mercedes lineup. The design characteristics of this van carry on what we've seen before from vehicles like the EQC, and it looks a bit different than the Sprinter and Metris vans currently in the M-B lineup. The solid grille design and electric blue touches signify this van as an electric vehicle. A huge rear window looks like a real boon for visibility, if it makes it into the production version.

The interior looks a bit more aspirational with the blue suede and leather seats. It's not often we can say that rose gold is used on a car interior, but it's rather tasteful as trim in this application. None of the electronics look too spacey, because it's the normal Mercedes MBUX infotainment. We'll be seeing the same thing implemented on the production van, which is an impressive infotainment setup for the type of duty these vans will most likely be pulling. Depending on your needs, the van will be able to accommodate six, seven or eight passengers. With the battery sitting under the floor, there won't be any drivetrain components intruding into the passenger space.

Like we mentioned at the beginning, Mercedes will be showing a production version of this — it will be at the Frankfurt Motor Show in September. It's unclear if this production electric van will be making its way to the U.S. ever, but it'll surely be sold in Europe. 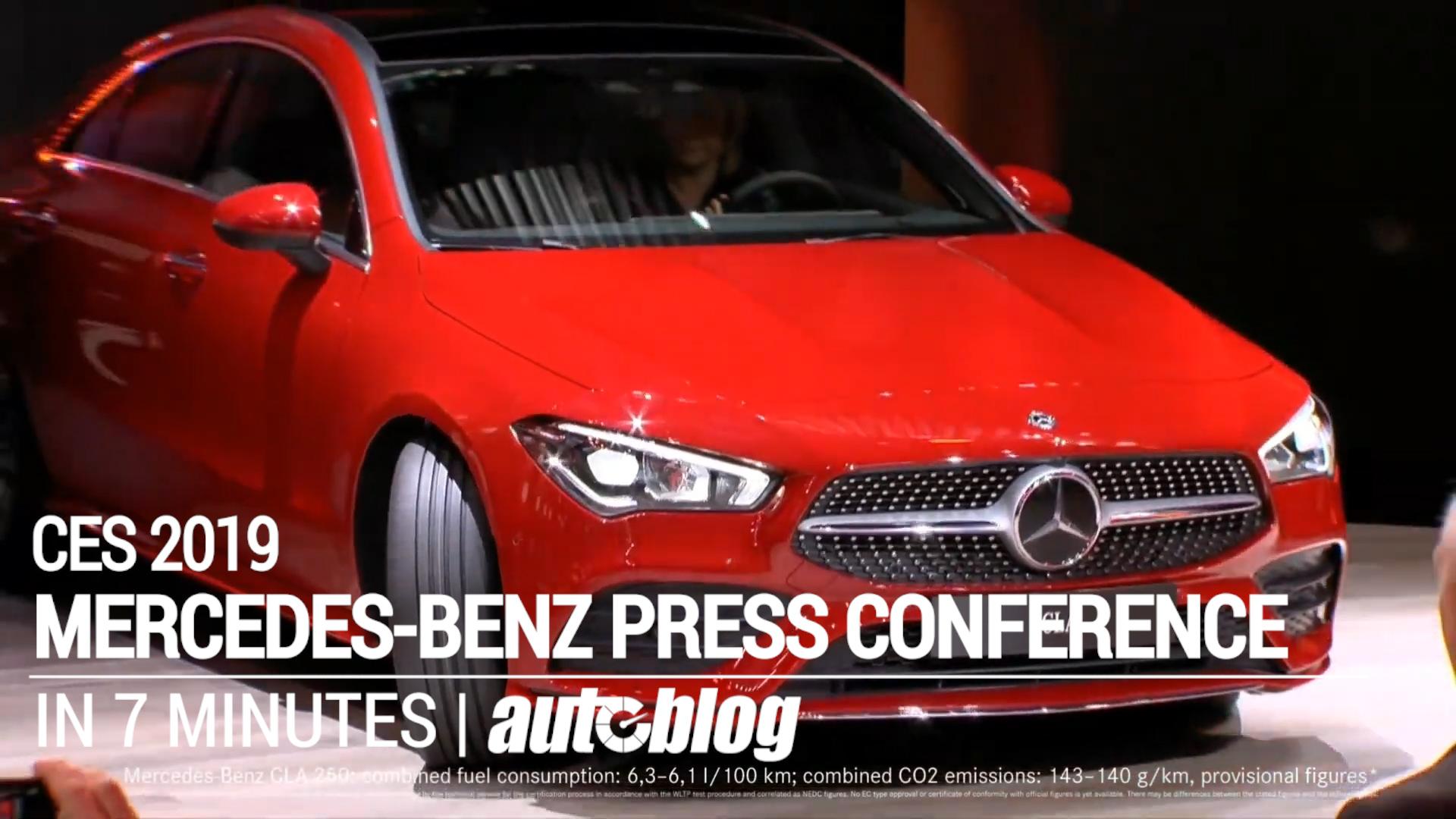