The prototypes are keeping a long-standing tradition alive 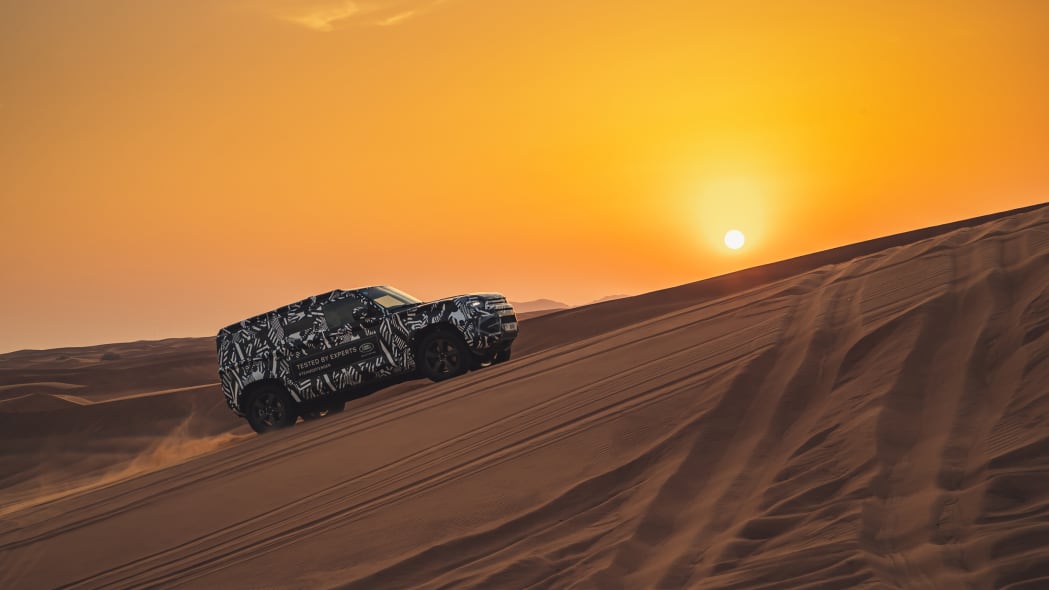 Land Rover sent several pre-production examples of the next-generation Defender to the United Arab Emirates (UAE) to continue torture-testing the model ahead of its public introduction. It also seized the opportunity to prolong the teaser campaign leading up to the Defender's release.

The British automaker dispatched fully-camouflaged test mules to the desert around Dubai to gauge how they handle extreme heat and slippery dunes, which you'd fully expect to find in the UAE, and twisty roads, which are more common than you might think. Test drivers are not just meandering around the country until they find the soft sand, though. They're helping the International Federation of Red Cross (IFRC) train the experts it sends on humanitarian missions around the globe. Land Rover will use the feedback received from IFRC volunteers who regularly drive SUVs over inhospitable terrain to put the final touches on the long-awaited next-generation Defender.

The prototypes are keeping a long-standing tradition alive. In 1954, the IFRC teamed up with Land Rover to convert a Series I into a mobile health clinic capable of reaching communities far off the beaten path. Volunteers have since used nearly every member of the Defender's lineage to get from point A to point B, even if there is a mountain pass or a hundred miles of dunes in between the two.

While technical specifications — like much else about the Defender — remain under wraps, an earlier leak confirmed the palette of available engines will include a turbocharged, 2.0-liter four-cylinder rated at 300 horsepower, a 404-horsepower gasoline-electric hybrid powertrain built around the aforementioned turbo four, and a 3.0-liter V6 twin-turbocharged to 400 horsepower. An eight-speed automatic transmission and all-wheel drive will come standard regardless of what's under the hood.

The 2020 Land Rover Defender will finally break cover in September 2019 during the biennial Frankfurt auto show. While the last-generation model left the United States decades ago, Land Rover confirmed the second-generation SUV will join the Range Rover and the Discovery in American showrooms a few months after its introduction.