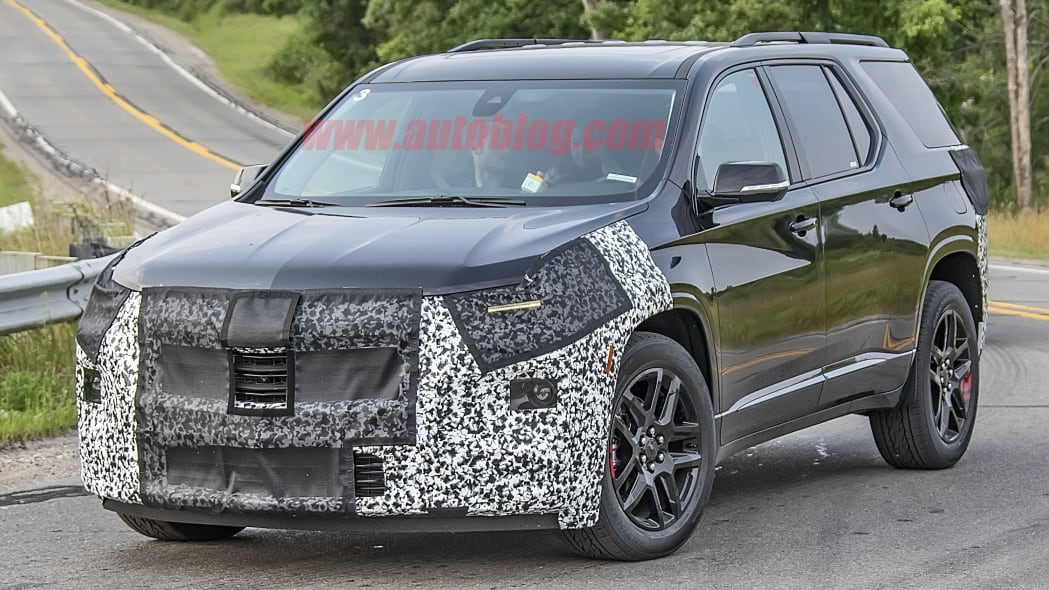 The Chevy Traverse's 2018 redesign is exactly old yet, but our spy photographers already caught a couple facelifted test cars running on the streets. As we examine the wrappings covering the front and back, the Traverse appears to be adopting a slightly more aggressive, perhaps Blazer-like, face than before.

Changes in the crossover’s lighting elements are most obvious. There’s a new DRL design that is tucked up right next to the hood. Camouflage covers the rest. The current Traverse has its whole headlight and DRL built into one unit, but that might not be the case here. Sitting below the DRL in its own, separate fixture is what looks like a foglight or a regular headlight. If it is a headlight, then the Traverse would be adopting the same stacked look as the Blazer’s front lights. Considering the amount of camouflage plastered on the front end, it certainly seems like there’s something new here Chevy wants to keep under wraps.

We can’t exactly see through the grille covers, but we imagine Chevy has something new in that department, as well. The black Traverse we’re looking at appears to be a Redline model, while the white one looks like a lower trim level with smaller wheels. Perhaps Chevy will work to turn up the differentiation among trim levels with this refresh, but a Blazer-esque design seems like a bold choice for a family car like the Traverse.

The taillights are the easiest change of all to pick out, because they’re practically uncovered. A much more modern LED look appears to be in store, sporting more red accents than before. There’s also an added level of depth to the fixture that isn’t present in the current Traverse’s rear lights.

We haven’t seen a flurry of Traverse news as of late, but Chevy did drop the old 2.0-liter turbo option for 2019. It wouldn’t surprise us to see GM’s latest 2.0-liter turbo four-cylinder that debuted in the XT4 make its way to the Traverse for the refresh. Expect a reveal to hit us sometime next year for the 2021 model year. 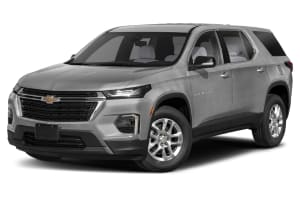