Automakers are known to utilize preexisting vehicles as test beds for major research and development purposes. But some of the zombie mashups produced in-house can result in pretty interesting combinations. Case in point, when McLaren was developing its BMW-sourced naturally-aspirated 6.1-liter V12 for the legendary F1, the company put the engine in … a BMW M5 wagon? Yup, you read that correctly.

It’s no mystery that the legendary F1 came with a BMW-sourced V12. That "M70" V12 originated from its placement in the E32 7 Series and E31 8 Series “50” models in the 1980s up through the 1990s. The version that went into the F1, however, is more closely related to the M-tuned "S70" V12 found in the E31 850CSI, which was the pseudo M-variant to the 8 Series that wasn’t officially designated an M model. But it did feature full-fledged tuning from the M Division.

On "Top Gear" presenter Chris Harris’ podcast, "Collecting Cars", Harris interviewed David Clark, the former director of McLaren’s cars for both the road and motorsports between 1994 and 1998. Clark revealed that they took an E34 BMW M5 wagon and shoehorned the S70 V12 into its engine bay as the mule for testing the F1’s engine. Clark even said he drove the car himself as they were fine-tuning the V12’s engine output.

You’re probably wondering, how the heck did that thing fit? But it isn’t that surprising. The E34 5-Series was designed to house either the BMW’s venerable straight-six or the new-at-the-time V8. And there was room enough to house the V12 as well, particularly since BMW’s V12 was essentially two of its “M20” straight-sixes bolted together at the crank in a vee.

When Clark was testing the S70 V12 in the wagon, he and his team ended up with the 627 horsepower and 479 pound-feet of torque the F1 became known for. That’s nearly twice the power the production M5's 311 hp and 266 lb-ft at the time.

Clark also divulged that the actual prototype mule still exists, but it’s in BMW’s secret collection of prototypes, and it’s never been revealed to the public. He does, however, hope that one day, BMW will open its doors and show off the incredible mashup of an automobile.

Until then, you’ll have to rely on the few custom engine swaps done by owners to get a taste of what a V12-powered E34 M5 is like.

Rumor also has it that McLaren could be working on a new direct F1 successor with help once again from Gordon Murray. According to what we last heard, there's a chance that the new model could come with a V12 and a manual transmission, similar to the original. 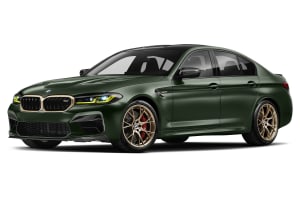 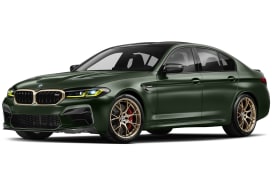