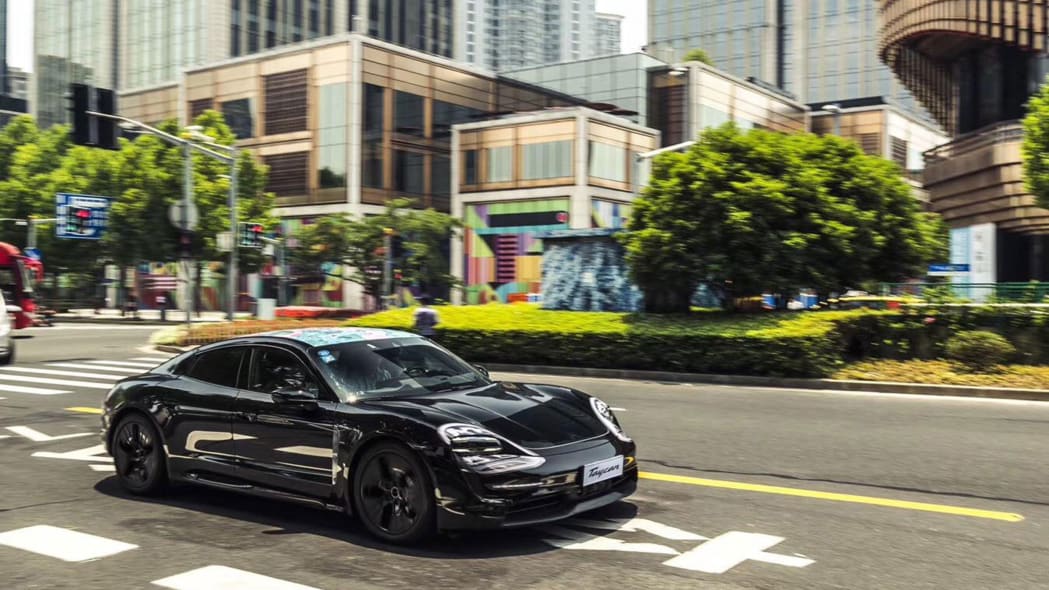 Although the preceding Mission E concept and dozens of spy shots have created the feeling that we already know what it's going to look like, the Porsche Taycan prototype officially made its first public debut this past week during a stop in China. Still wearing camouflage, the black prototype is launching into a three-stop demo tour. After China, it will pop up in the United Kingdom and the United States.

With a dragon graphic on the roof and Porsche Carrera Cup Asia driver Li Chao behind the wheel, the Taycan did some laps at the Porsche Experience Center in Shanghai. This week it will participate in the Goodwood Festival of Speed Hill Run, and later in July, it will make an appearance at the ABB FIA Formula E Championship in New York.

The Taycan is expected to live up to the performance status quo of all Porsches. It has 592 horsepower, can reach a 155-mph top speed, and can zoom from zero to 62 mph in 3.5 seconds. Chao noted that the low center of gravity and rear-axle steering help keep the car stuck to the pavement, as well.

Check out the new gallery of images while we wait for the Taycan's production debut in September.