2020 Mini Cooper models see a price jump across the board No matter what Mini model you may have had your eyes on, they all get more expensive for the 2020 model year. Most new Minis increase by $1,500, including every version of the 2020 Mini Hardtop (two-door and four-door versions) and the convertible. As such, the cheapest Mini, the 2020 Mini Cooper Hardtop two-door, now starts at $24,250 including destination fees.

Aside from the John Cooper Works and hybrid drivetrain upgrades, there aren't many other major changes to the Mini lineup. All Minis now get a group of driver assist features called "Active Driving Assistant," which includes adaptive cruise control, automatic high-beams and automatic emergency braking. Also, the six-speed automatic available on Cooper and Cooper S models is now being replaced with a seven-speed dual-clutch automatic. For the full breakdown of prices, check out the chart below. 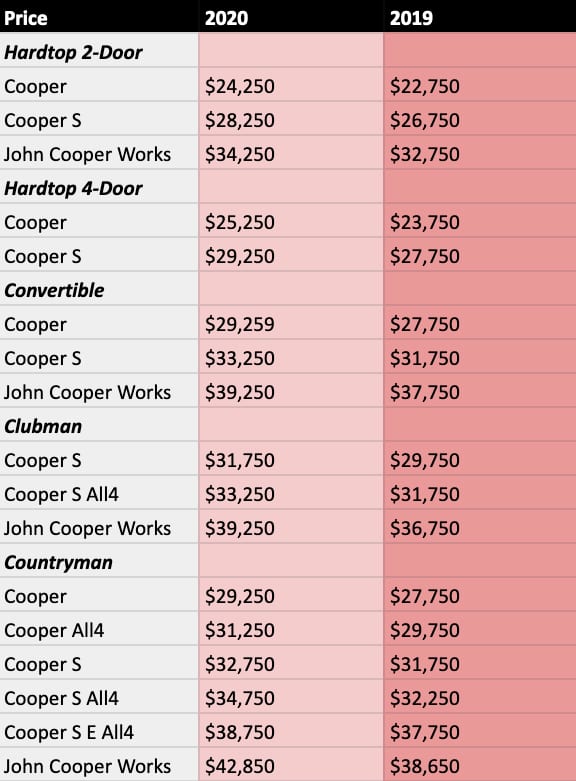 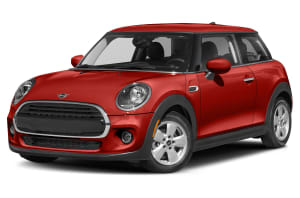