Off-roading SUV coupes for the haters

Tony Markovich
Mercedes-Benz and AMG have reputations for building some of the most luxurious and highest-performance vehicles on the planet. But sometimes that overshadows one of the company's other strengths: off-roading. With the G-Wagon and Unimog in its historic arsenal, Mercedes-Benz knows just as well how to have adventures beyond the pavement as it does on the track. Russian tuner TopCar has acknowledged this background with its latest project and is building its own interpretation of an adventure crossover based on the GLE coupe.

TopCar calls it the GLE Coupe Inferno 4x4*2. It's not yet complete, but images posted to social media show a fleshed-out work-in-progress and a sketch of the finished product. TopCar beefed up the crossover by raising the height, widening the body, and giving it significantly more rugged gear.

As seen in the photos, the GLE has a new body kit that replaces the front and rear bumpers and adds clunkier side skirts. Up front, the bumper has more aggressive intakes, but those are mostly covered up by a brush guard and KC off-roading lights. Adding off-road cred are a built-in winch and a skid plate.

The rear has also been designed to be more aggressive and adds a massive rack that holds a spare tire. Not shown in the real-life images are the fender flares that will be added. Beyond the body, the 4x4 coupe features new wheels wrapped in massively chunky off-roading tires and a roof rack with a built-in light bar. Overall, the effect is extremely Jurassic Park, and we could see this thing taking the place of the old MLs.

This is just one of TopCar's many Benz Inferno projects, including the G-Class and the GLC Coupe. Check out all of the company's work at TopCar-Design.com. 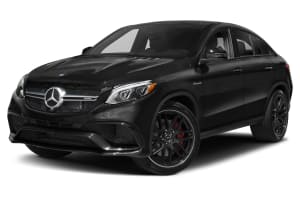