Inside the final scene of our midsize truck comparo

Our new system worked, and we arrive at a winner

LAKE LEELANAU, Mich. — The sun was deep into its descent over Lake Leelanau. Senior Producer Chris McGraw was growing nervous, glancing at his phone and fidgeting with the battery of cameras set around a long wooden table hewn from reclaimed wood. Around it sat four editors, gathering their thoughts after a day of testing midsize pickup trucks. We were about to announce the winner.

The problem was no one knew which one came out on top, save for Road Test Editor Reese Counts. He had compiled handwritten notes and crunched the numbers into a spreadsheet, calculating objective and subjective measures. We thought it would be a good idea to have Counts "announce" the winner during our video roundtable, then we could react to it on camera. Love it or hate it, the reactions would be authentic.

Our base of operations for the week was a minimalist Scandinavian cottage with tall windows and few lamps. We had to wrap up this conversation and react to the winner or McGraw would be shooting in black and white.

The problem was John Snyder, Alex Kierstein and I were becoming more and more verbose. Snyder sipped vodka over ice. Kierstein was hitting a local cider. I knocked back a lager. Counts responsibly nursed a beer and kept his laptop at the ready.

We had come to this northern Michigan enclave to test the the Ford Ranger, Jeep Gladiator, Chevy Colorado and Toyota Tacoma on- and off-road. Each editor scored the trucks based on subjective measures, like comfort and styling, as well as objective metrics, like towing and cargo/bed area. We developed the scoring system specifically for this test and it's the most in-depth reviewing process we've ever devised.

Finally, we all shut up. No one could analyze these trucks any more. Counts flipped open his MacBook and matter-of-factly revealed the Tacoma came in fourth. No surprise there. A competitive fourth, but still last. Colorado third, also where we had penciled it in, but the Chevy surprised us. It does a lot of things well. That brought us down to Jeep Gladiator vs. Ford Ranger. Based on personal preference and the wow factor, the Jeep wins in a walk. But with a lofty sticker of $51,115 as tested, nearly $10,000 more than the next closest competitor in our field, its chances were severely hamstrung despite its prodigious off-road capability and spectacular design.

Reese continued. Gladiator second, then Ranger. By 1.9 points. It could not have been much closer.

We briefly considered calling it a tie. But it wasn't. The Ranger won. It beat out the other trucks in crucial areas, like payload, fuel economy and price. The system worked. Everyone fell into agreement. We came here to choose a winner. We tested these trucks in real ways with tangible results. It was close, but life is close.

We selected these trucks because they evoke emotion. Even the Tacoma had support from all corners for some of the things it does well. As you watch McGraw's video and read Counts' feature, you'll note just how enjoyable these vehicles are to drive. This segment is red hot because you can drive a midsize truck every day, yet also get a good deal of capability for towing and hauling. They're fun.

The first Autoblog comparison test of its kind was a success. Everyone let out a breath. Producer Alex Malburg lit the grill. Burgers sizzled. Another round of drinks was poured. We'll do this again. 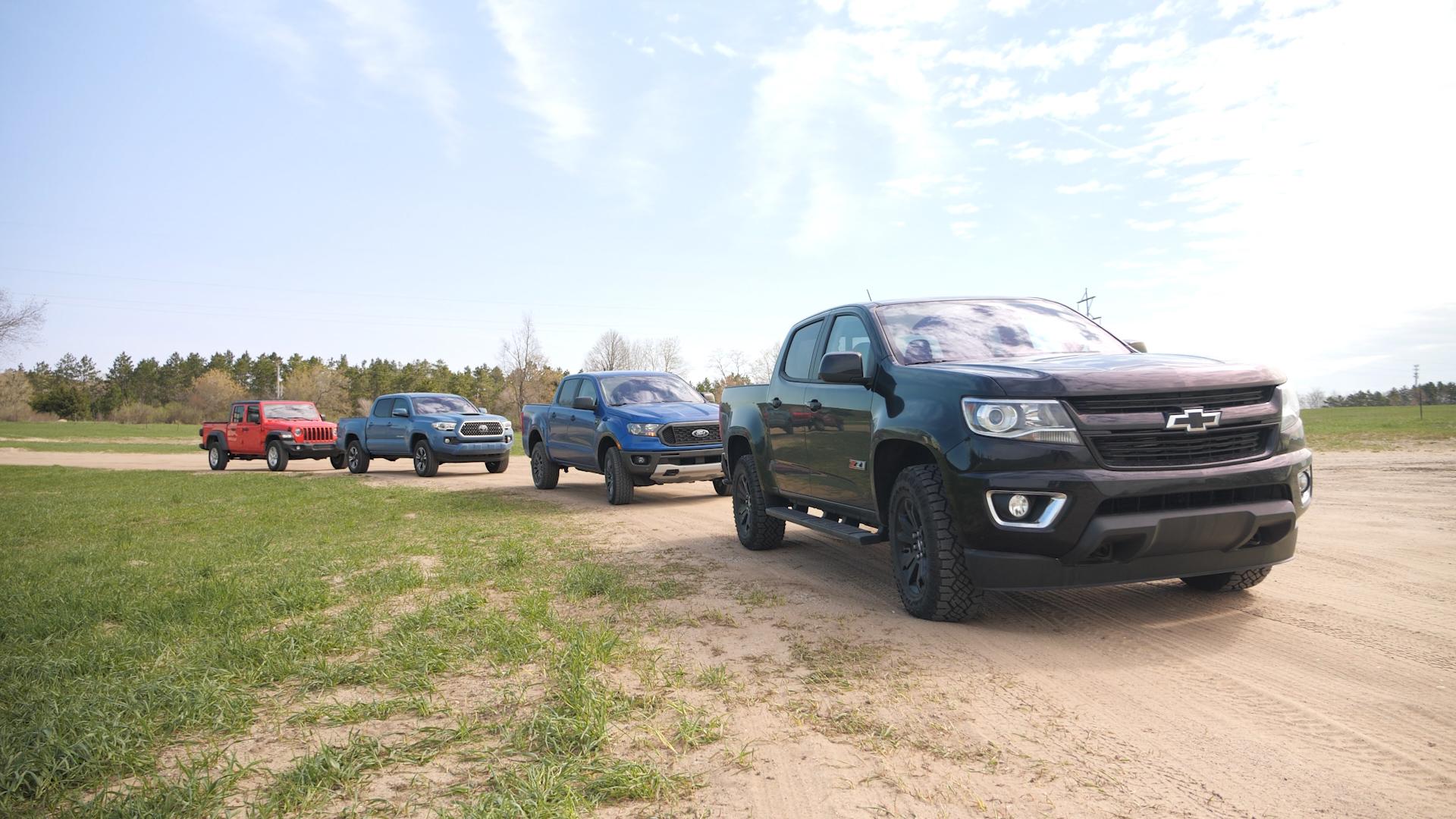