The full reveal is in July

Joel Stocksdale
To go along with D-Day commemorations, Roush Performance has teased its latest one-off creation. It's a 2019 Ford Mustang called "Old Crow," and it's a tribute to WWII triple ace Bud Anderson. He flew P-51 Mustang fighter planes that had the same name as this new Mustang. 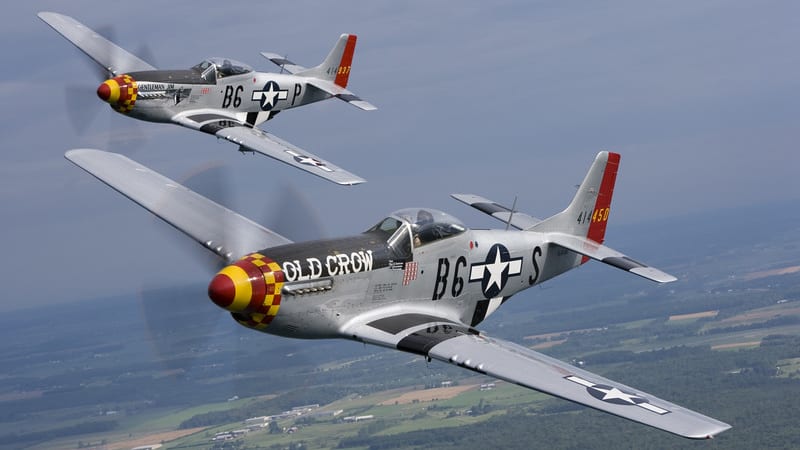 The car has yet to be fully revealed, though. In the meantime, we get a teaser of the road-going Mustang and its flying inspiration. The nose will have the red and yellow checks on the nose along with a matte black hood. The rest of the car will be silver and probably feature U.S. Air Force logos here and there. The tail will probably have a bright red accent somewhere to match the plane.

This Mustang will, like a number of past aeronautical-themed Roush projects, be auctioned for charity. Like past cars, the proceeds will go to benefit the Experimental Aircraft Association's young pilot programs. There's a strong chance that this car could bring six figures for the charity. The auction will happen on July 25 in Oshkosh, Wisconsin, and the finished car will likely be shown just before that.