A rare example of a rear-wheel-drive Mazda 626, found in California

The ancestor of the Mazda6, the Mazda 626, got a modern front-wheel-drive setup starting in the 1983 model year. Prior to that, though, Mazda sold a rear-wheel-drive 626 based on the Capella, which could be purchased in North America for the 1978 through 1982 model years. At that time, Mazda was best-known on these shores for gas-swilling Wankel-engined cars, though the economical GLC (distant ancestor to the Mazda3) had given the brand more mainstream appeal. The early 626 never sold well over here, and so I had seen exactly one in wrecking yards during the past decade, prior to today's Junkyard Gem. 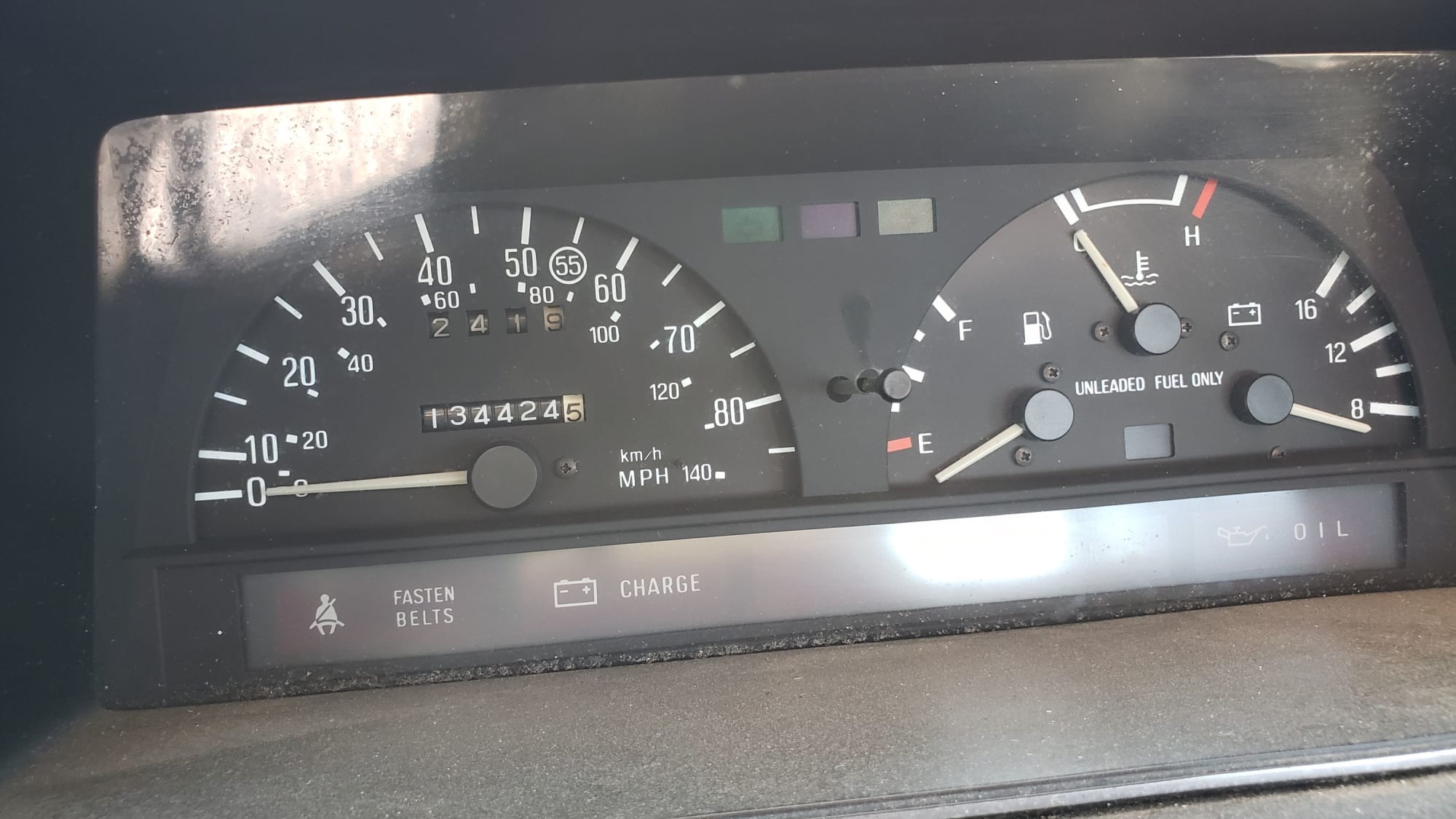 This one reached just 134,424 miles during its 37-year career, though we can't say how many of those years were spent sitting in a driveway. Note the Malaise Era 85 mph speedometer, complete with the notorious circled 55. 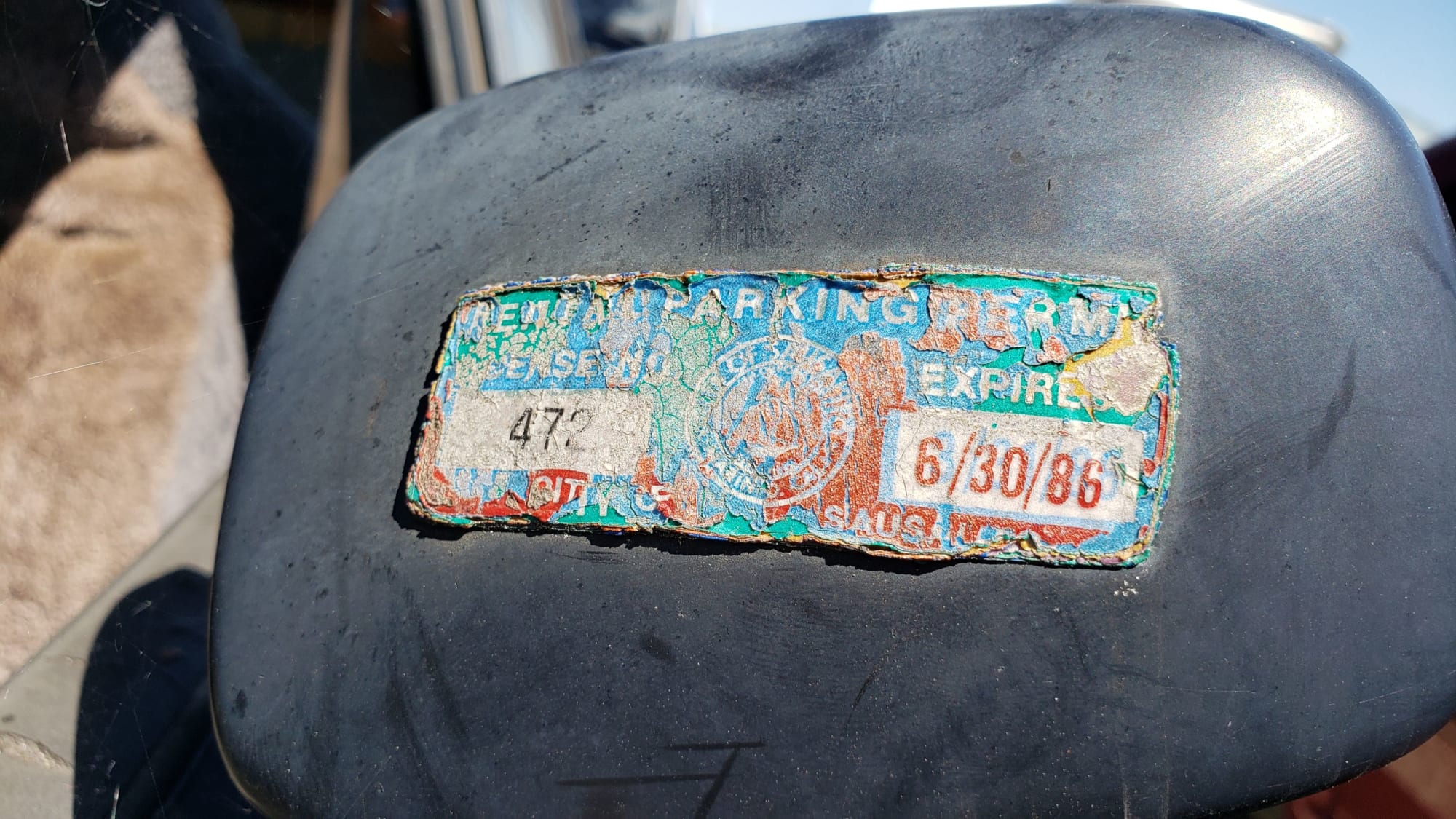 Looks like this car spent much of its life in Sausalito, just north of San Francisco, judging from the 20+ years of Sausalito parking stickers. 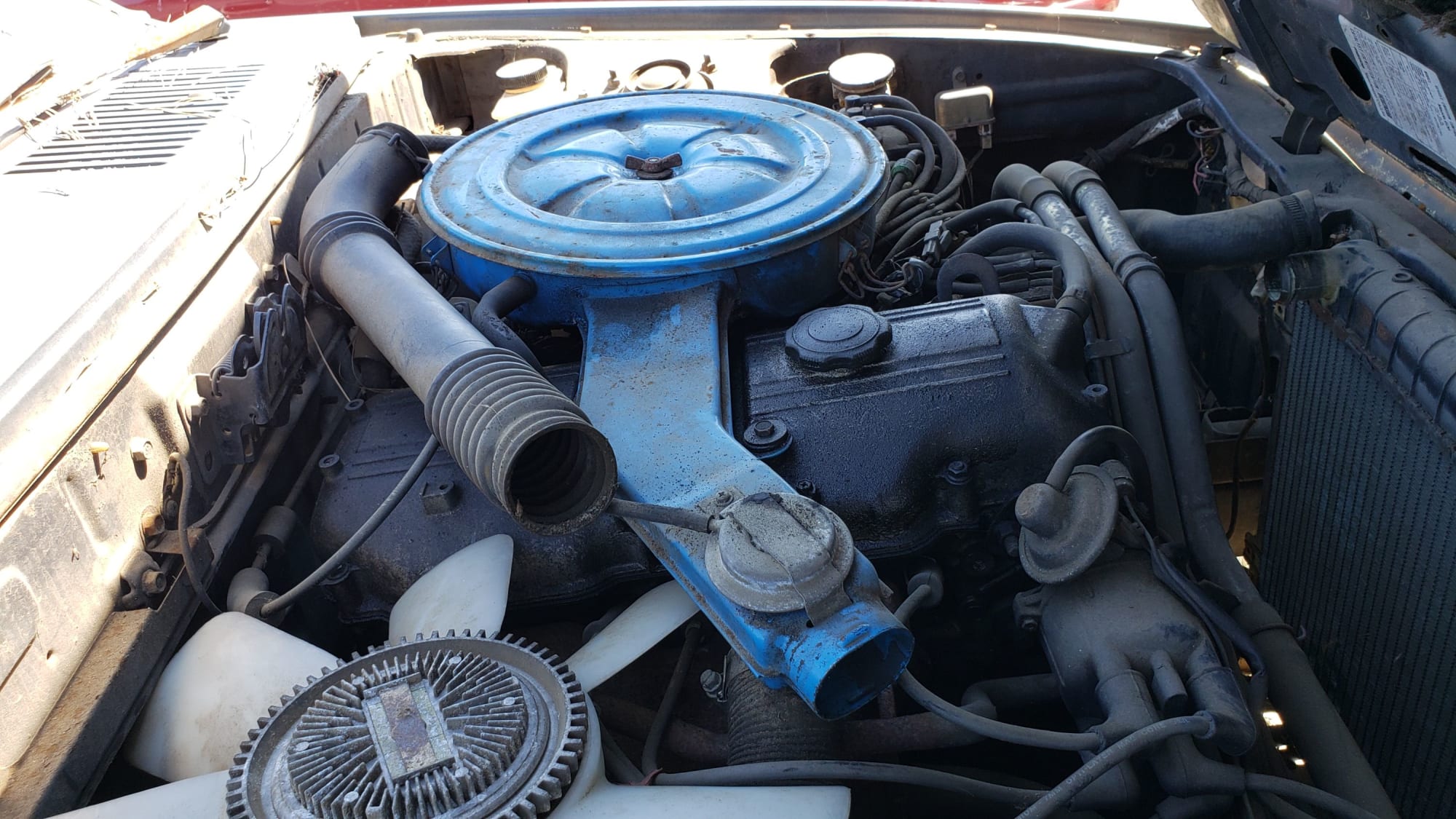 Though rear-wheel-drive made these cars more fun to drive (if more cramped) than their 626 successors, power came from a 2.0-liter inline-four making a mere 74 horsepower. 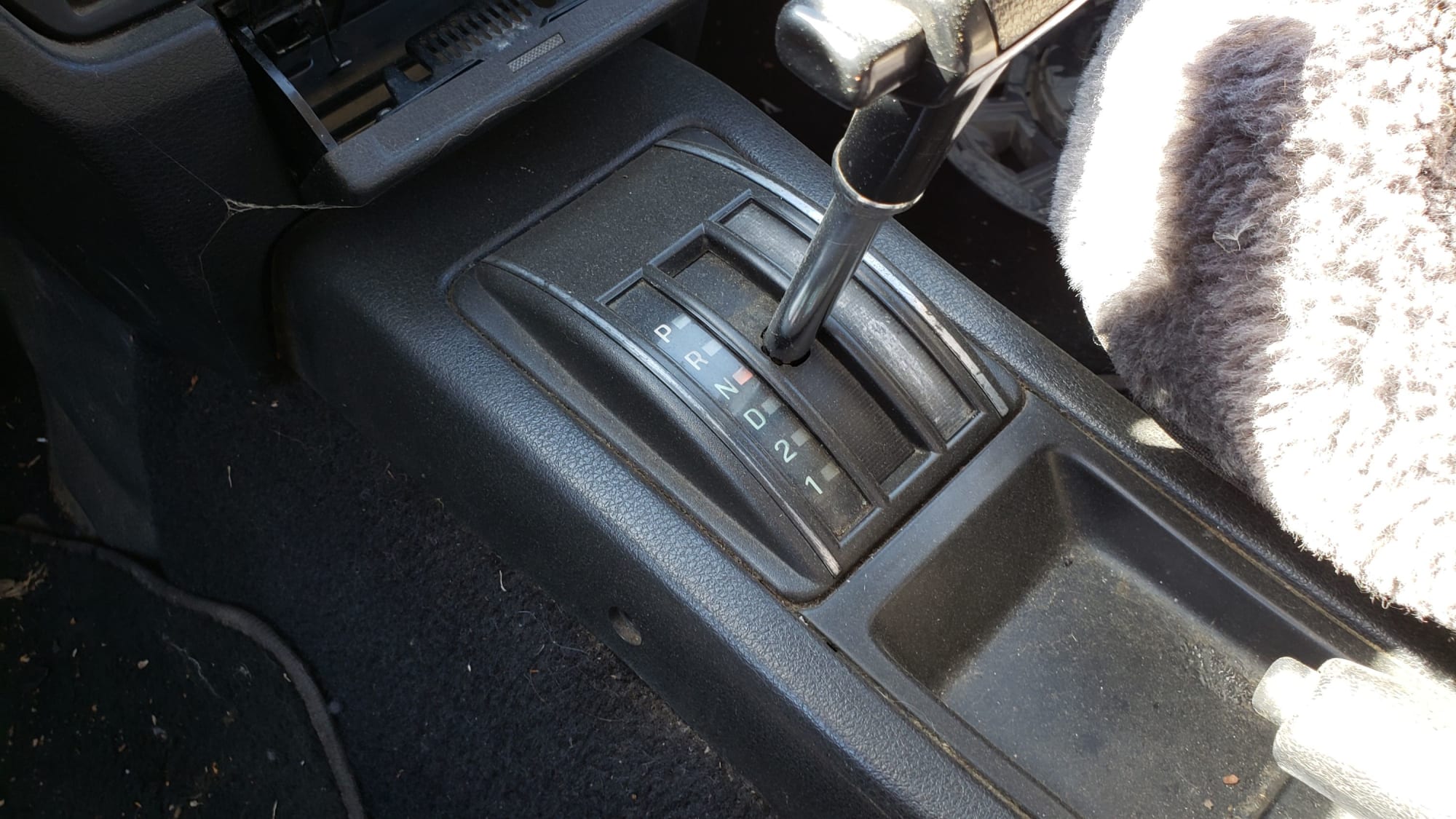 Most 1978-1982 626s had manual transmissions, because they were much cheaper and got better fuel economy, but this one has the luxurious three-speed automatic. 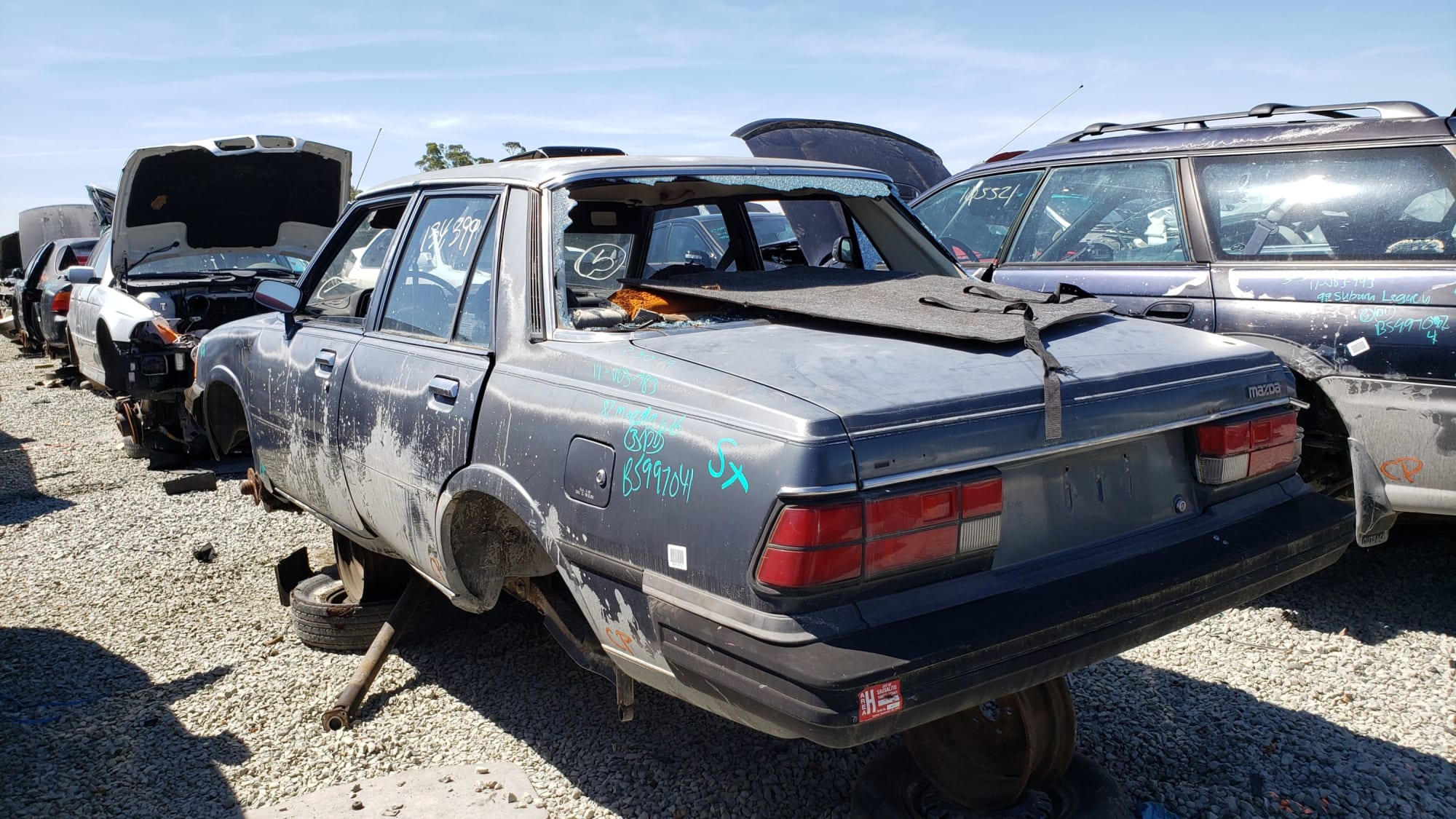 The lack of the rear axle is my doing; I know of an Ohio-based 24 Hours of Lemons team that drove a RWD 626 coupe all the way back home from Oregon, in order to cage it and race it. The unobtainium differential in that car didn't sound so good after its cross-country odyssey, so I put the word out on the Lemons grapevine when Row52 informed me of this sedan's appearance in a U-Wrench yard (I have junkyard notifications set up for hundreds of weird cars that interest me). It didn't take long for a squad of Bay Area Lemons fanatics to hit this yard and grab its rear axle. It will be hauled to Colorado by a West Coast team for the B.F.E. GP race this weekend, after which a Midwest team will relay it to Ohio. 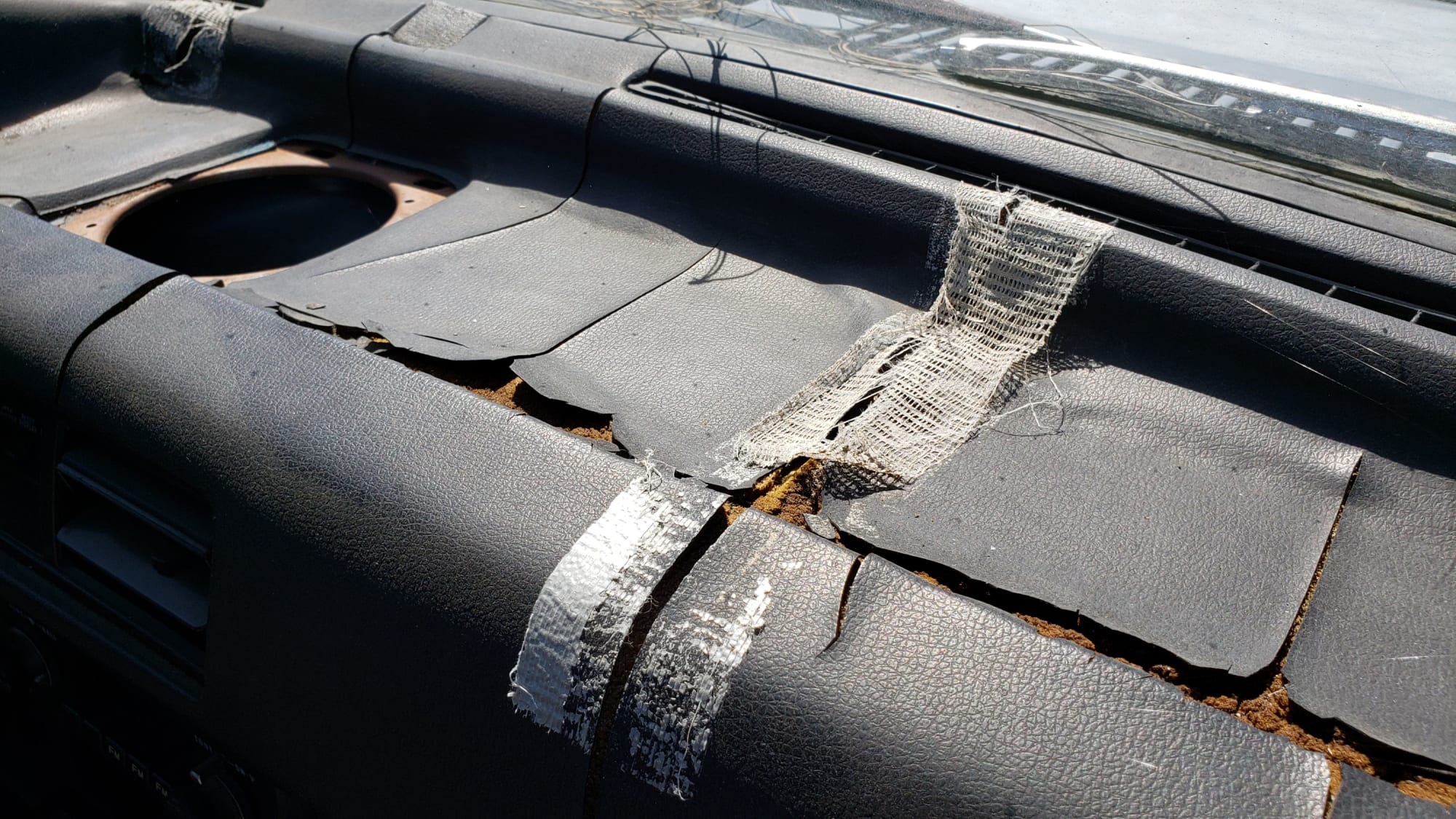 An interesting car, but only an early 626 coupe would be considered worth restoring today. A beat-up sedan didn't stand a chance of finding a forever home.

In North America, the 626 sold as a well-priced alternative to the Datsun 810/Maxima or Volkswagen Jetta. In its homeland, however, it seemed pretty snazzy.