XF, C-X75, F-Type, crossovers: 'I have had an incredible career at Jaguar'

Zac Palmer
Jaguar's director of design Ian Callum is officially stepping down. Callum has been with the company for over 20 years, leading numerous important and legendary designs. To name a few, Callum is responsible for recent cars like the Jaguar F-Type, XF and I-Pace. He also designed the C-X75, which was a concept hypercar that Jaguar absolutely should have made.

"I have had an incredible career at Jaguar," Callum says. "One of my biggest highlights was creating XF because it represented the beginning of a new era moving Jaguar from tradition to contemporary design — it was a significant turning point in our story."

Callum also says he isn't done designing cars — he's even going to continue to act as a consultant for Jaguar after his departure. It's unclear what his main project will be after he leaves in July, but he's left the door open for himself. "I came into this role with a mission to take Jaguar design back to where it deserved to be. It has taken 20 years, but I believe I have achieved what I set out to do. Given the strength of both our products and the design team I feel that now is the right time to move on, both personally and professionally, and explore other design projects," Callum says.

In addition to slick sports cars and sultry sedans, Callum is also responsible for leading Jaguar into the era of SUVs and crossovers. He headed up the design for the F-Pace and E-Pace. We found both of those to be some of the better looking crossovers on sale today, so props to Callum for finding and implementing the Jaguar style in the inherently unstylish crossover format. Callum has designed plenty of great cars outside of Jaguar, too. A few examples include the Aston Martin DB7, DB9, Vanquish and Ford Escort Cosworth.

Our big question is, what's next for Callum? Whatever car he decides to design is probably going to look the business, so we're excited for any projects he gets involved in after Jaguar. Taking his place at Jaguar is current creative design director Julian Thomson. He's been with the company since 2000, and has previously worked with Ford, Lotus and Volkswagen. 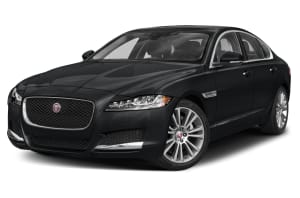 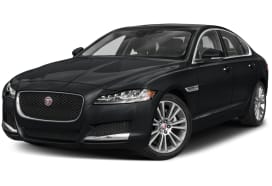 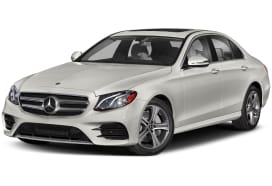