Ford, GM, and Chrysler weren't the only game in town for American-made work trucks in 1959

Everyone likes 1950s and early 1960s American pickups, and you still see a surprising number of them driving around in our current century (there's a '53 Ford F-100 in my Denver neighborhood that serves as a great test subject for my beloved old film cameras). Rough ones aren't worth much, though, particularly if they weren't made by GM or Ford, and so depressing quantities show up in the self-service wrecking yards I frequent. Here's a 1959 IHC B-Series pickup that worked hard for 60 years before showing up in a Colorado vehicle graveyard. 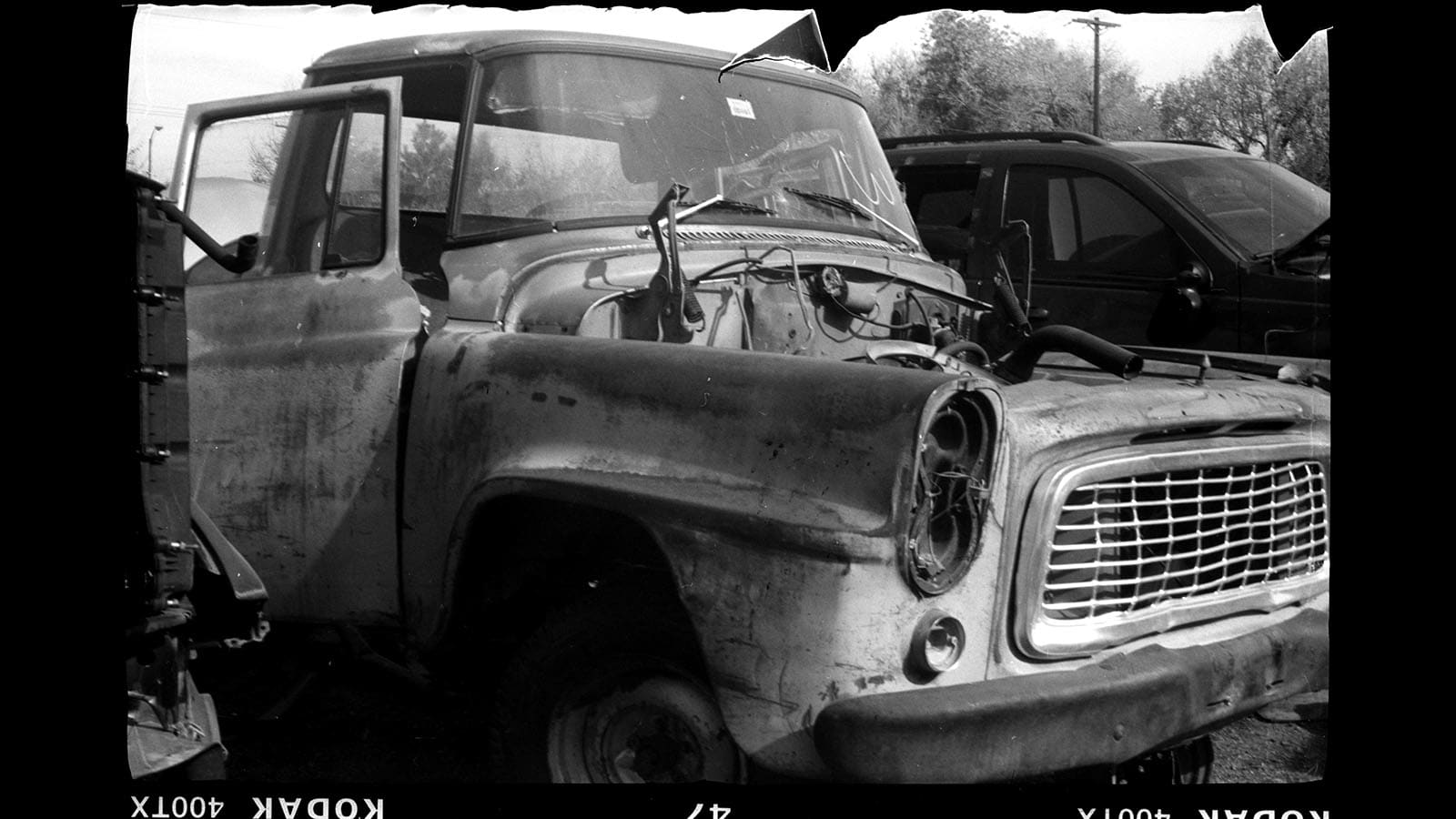 These days, most of us think of the 1961-1980 International Harvester Scout when we think of the IHC name, but the company began building trucks all the way back in 1907. With that in mind, I photographed this '59 with a camera 42 years its senior (see above). 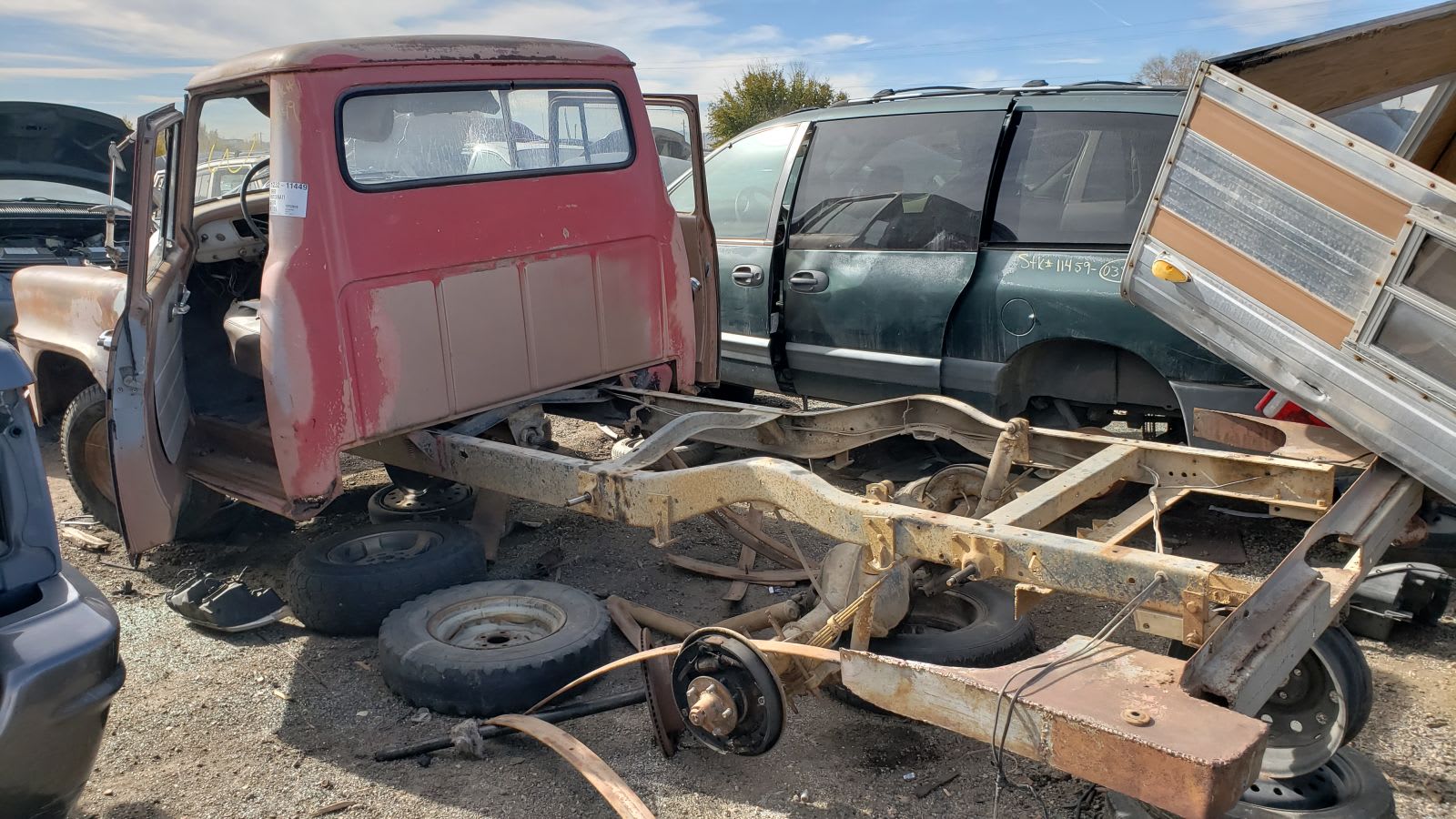 It appears that some junkyard customer coveted the bed of this B-110, removing a camper shell in order to extract it. 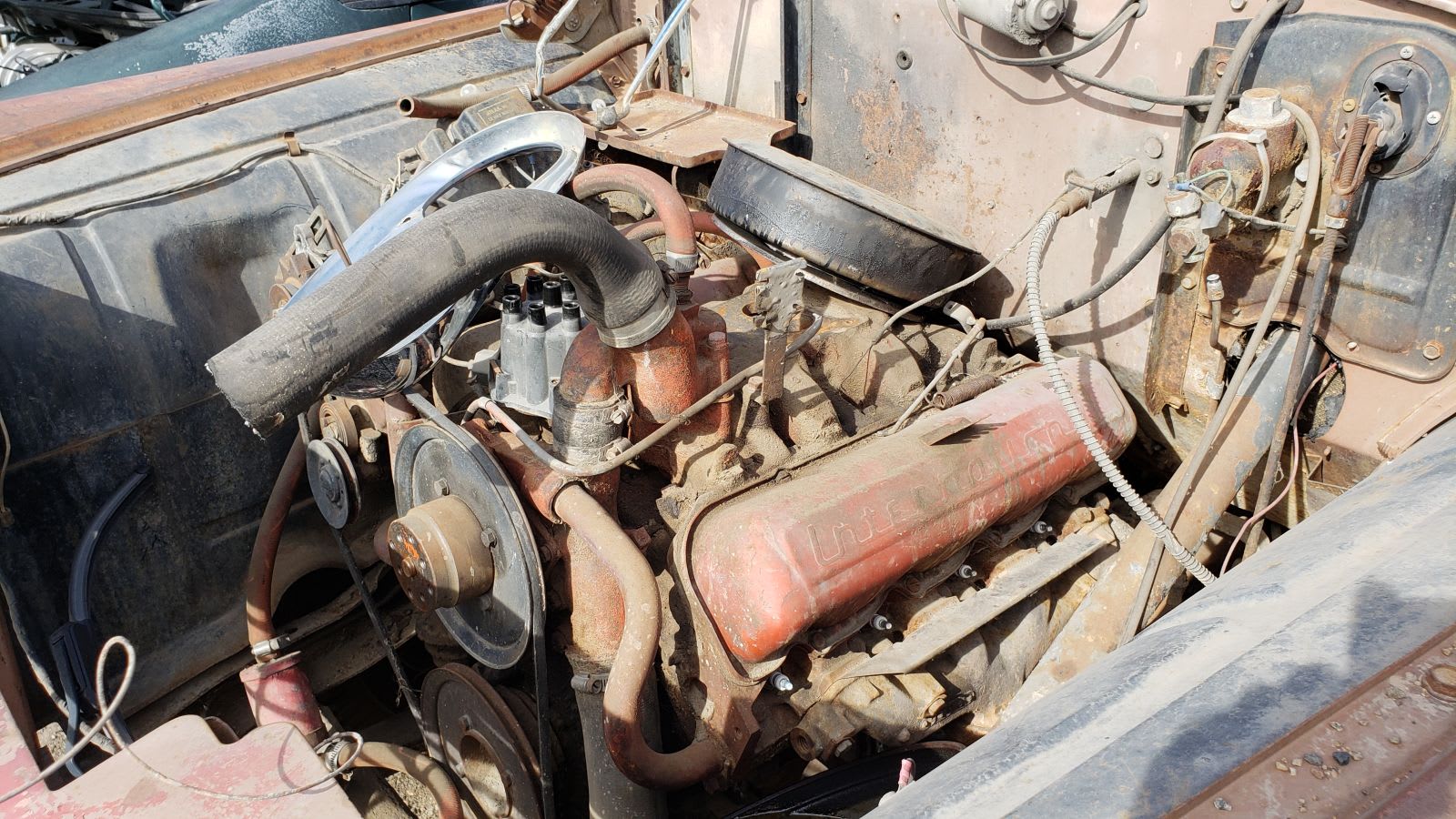 1959 was the first model year for the B-Series trucks, and the first year for the IHC 266-cubic-inch (4.4-liter) V8 engine. The Black Diamond straight-six was still standard equipment in the B-110 that year. This truck's engine had 155 horsepower when new, and probably about 70 after it reached its 500,000th mile. 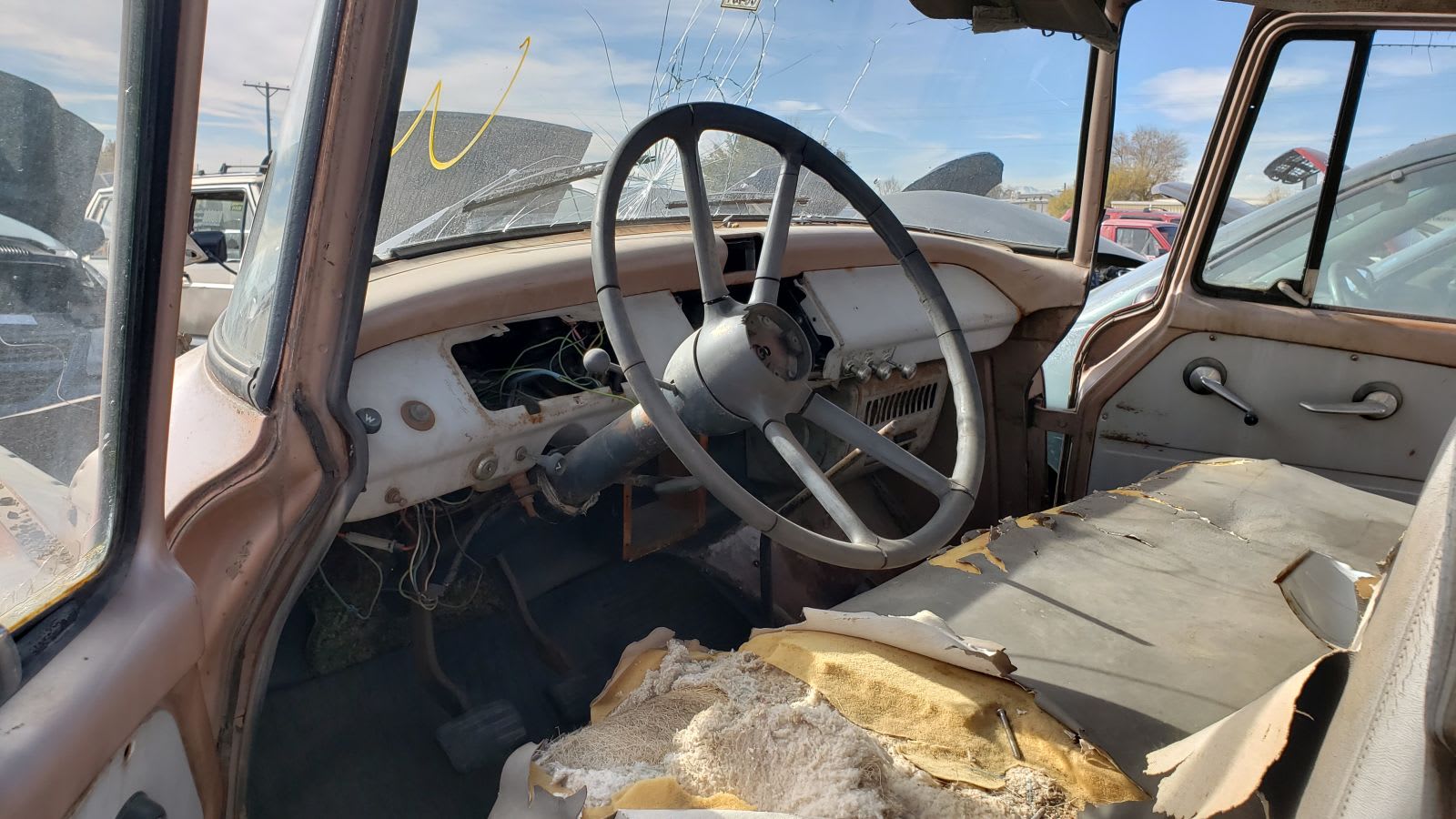 With no odometer inside, that mileage figure is just a wild guess. 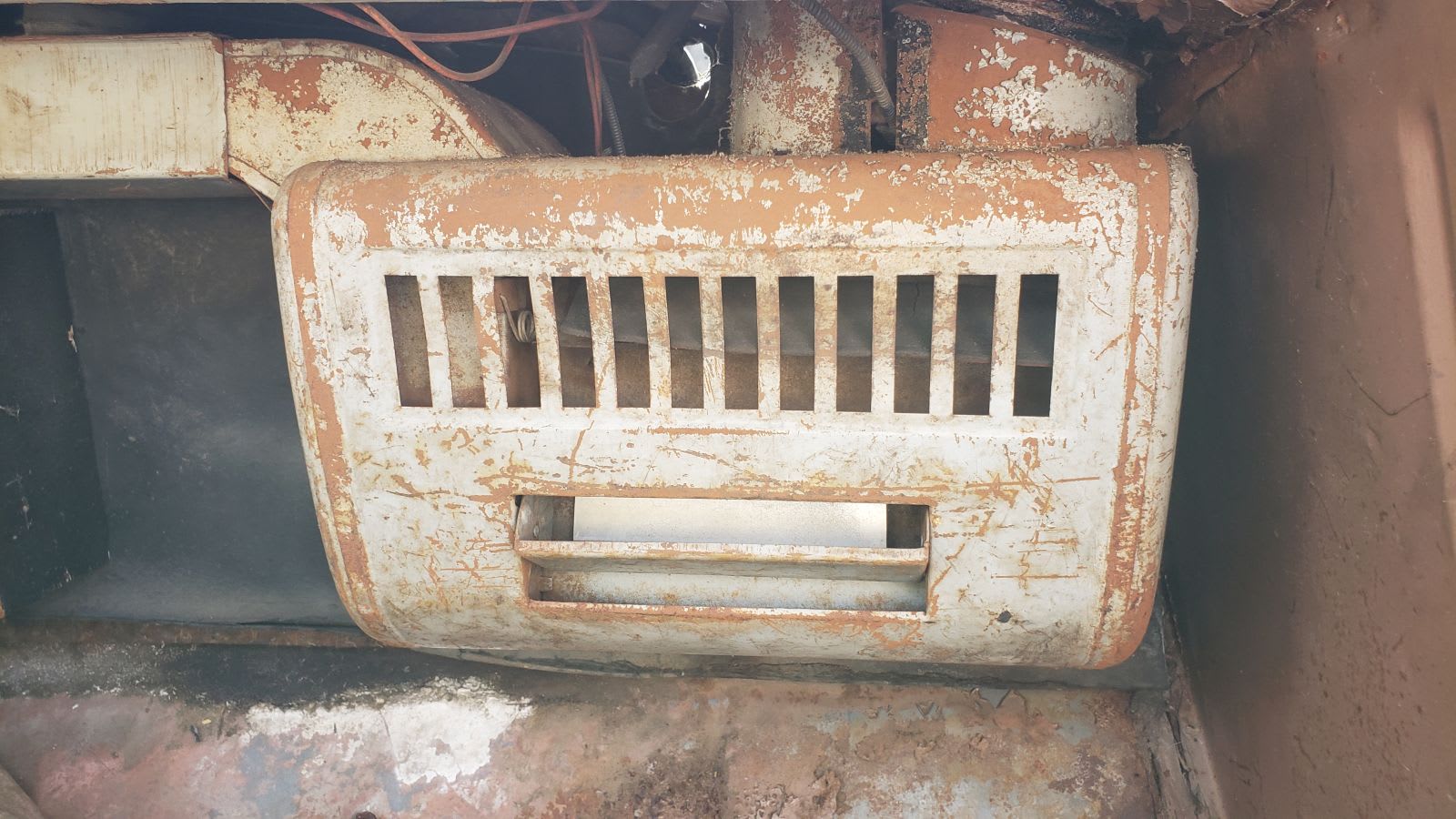 Trucks didn't need much luxury back in 1959. This box, containing a heater core, is the climate-control system.

IHC trucks were big in Australia around this time.