I live in Denver, and so most of my documentation of interesting discarded vehicles comes from a state whose inhabitants are well-known for favoring four-wheel-drive machinery. That means I see plenty of examples of the International Harvester Scout, the primitive-but-sturdy steel box on wheels made by an ancient manufacturer of farm equipment from 1960 through 1980. In fact, I see so many defunct Scouts here that I don't bother to photograph most of them. This Scout 80, however, was one of the very first Scouts made and thus deserving of our attention. 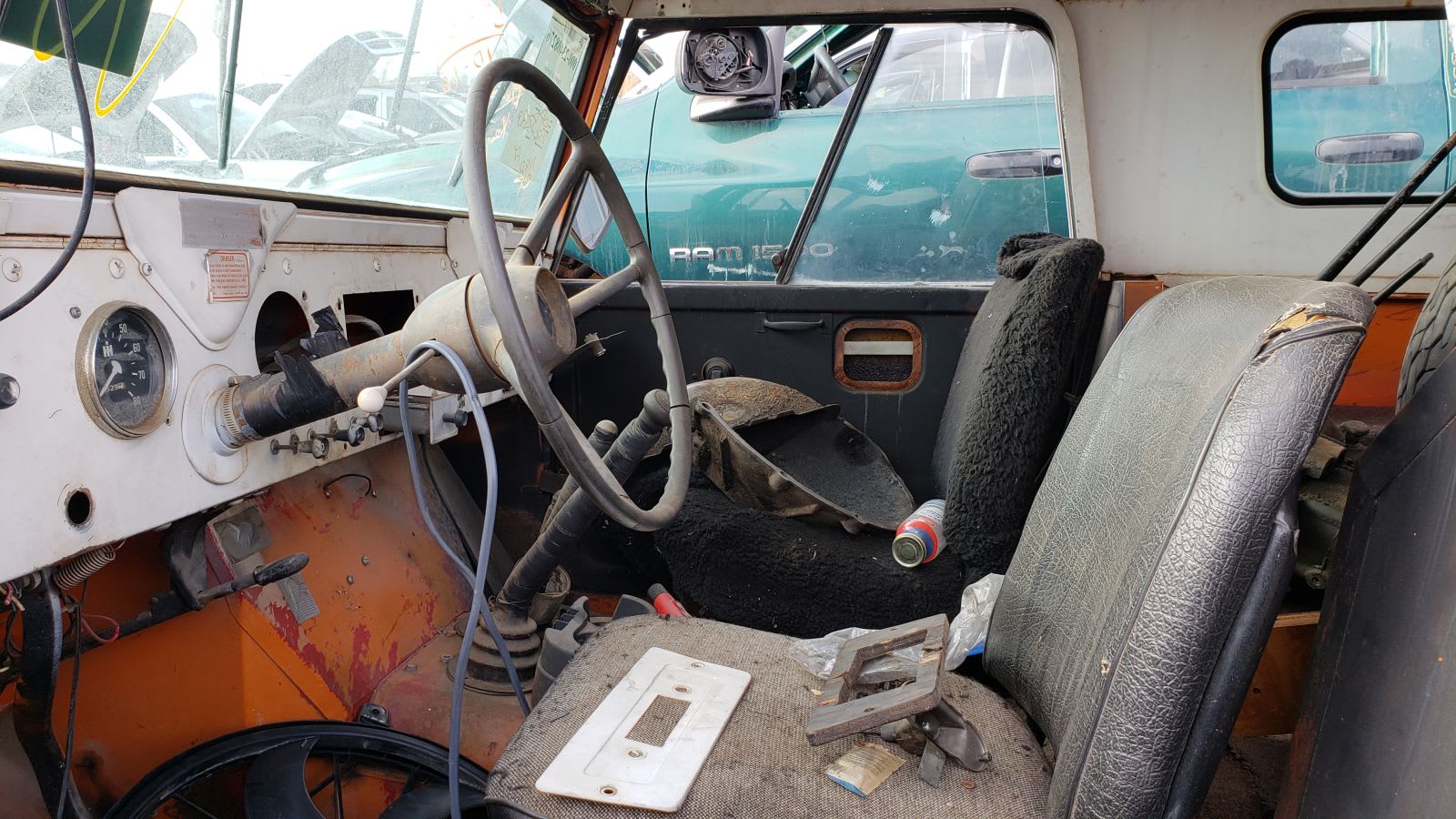 Truck owners were tough in 1961, and so they didn't squawk about a bouncy ride, triple-digit-decibel road noise, or sliding side windows in their daily drivers. Times have changed. 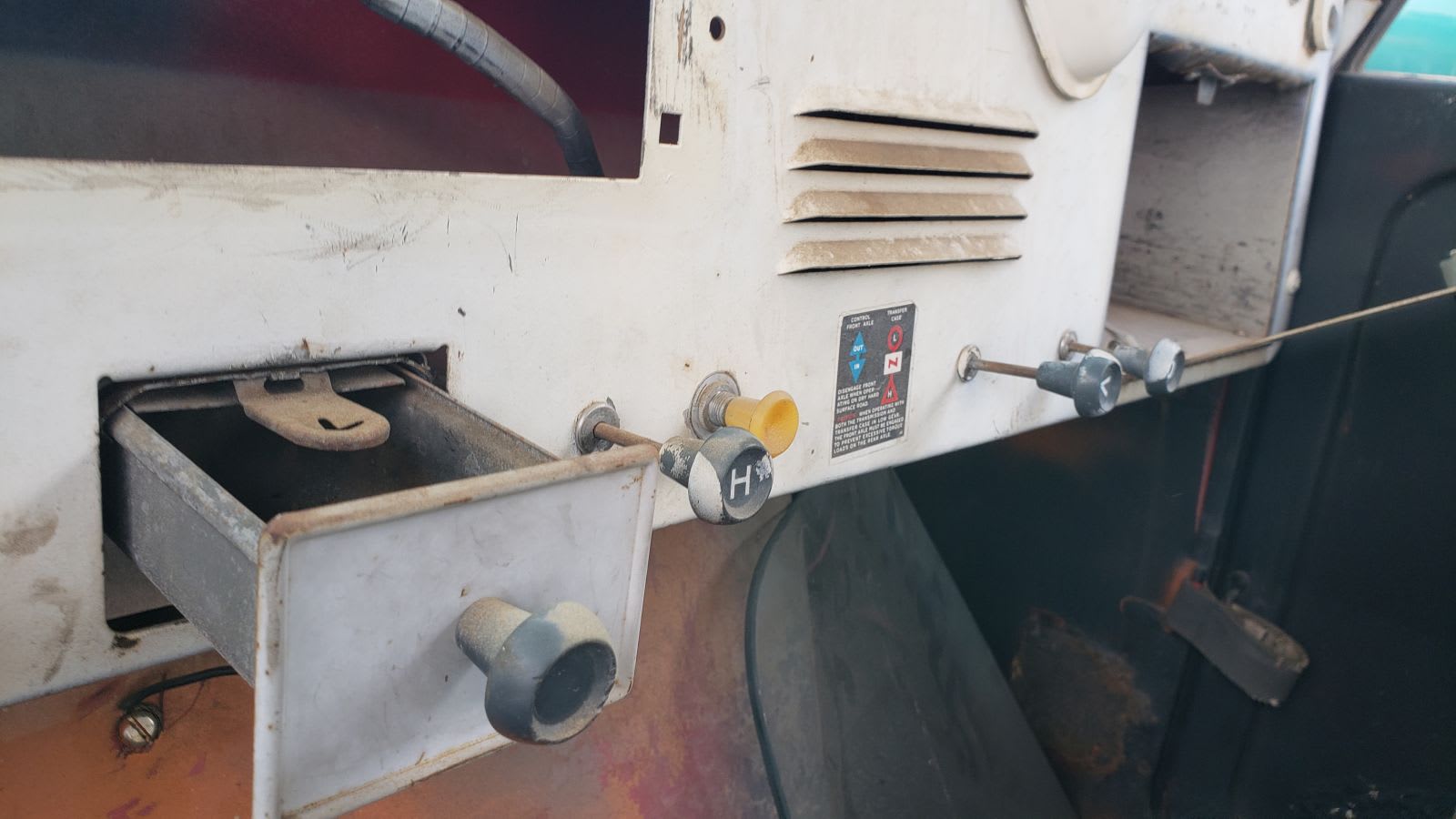 Not that this truck is completely devoid of convenience features. Look, there's a heater and an ashtray! 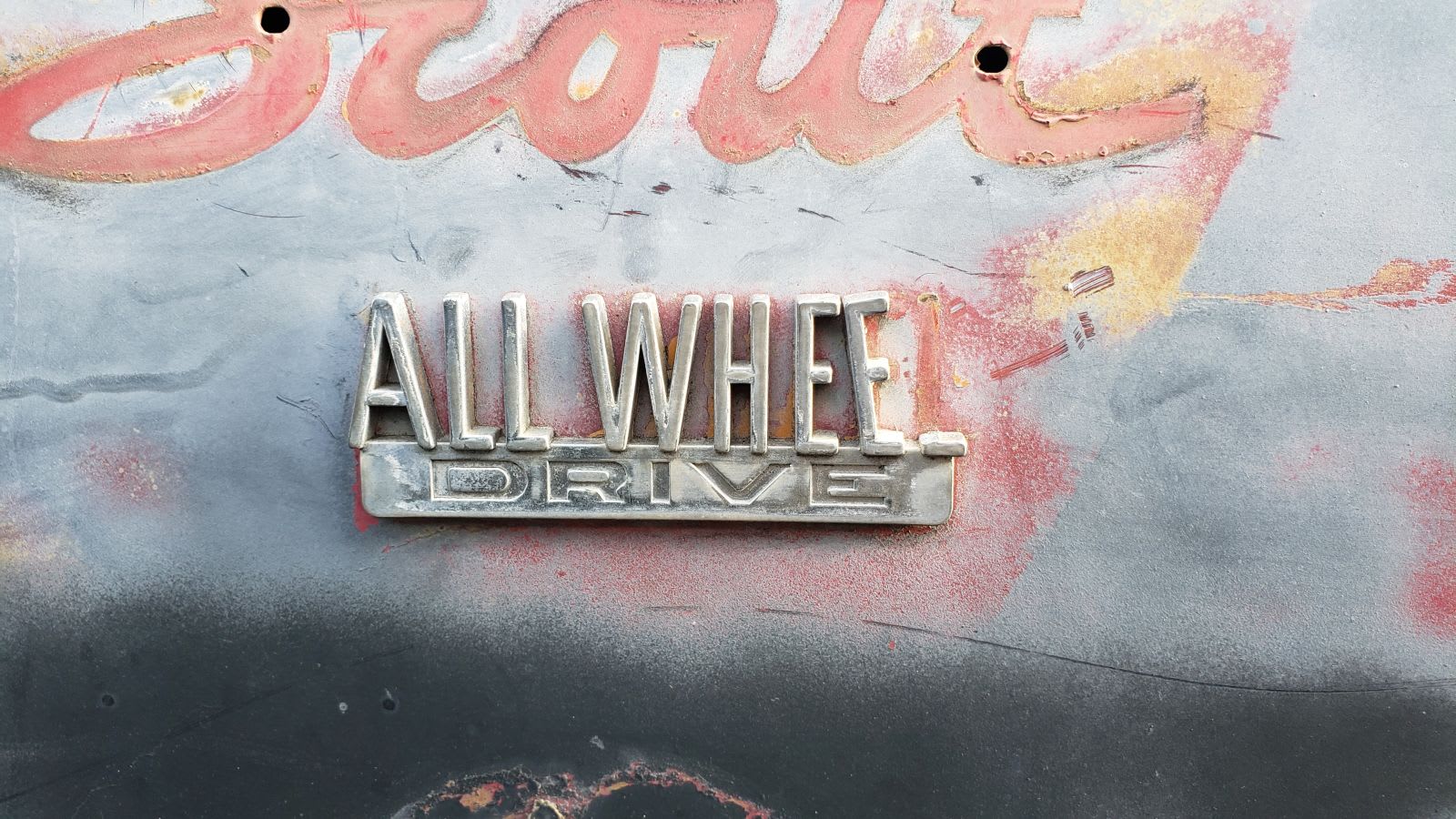 The Scout handled dirt, mud, and snow just fine, though, and that was its biggest selling point. 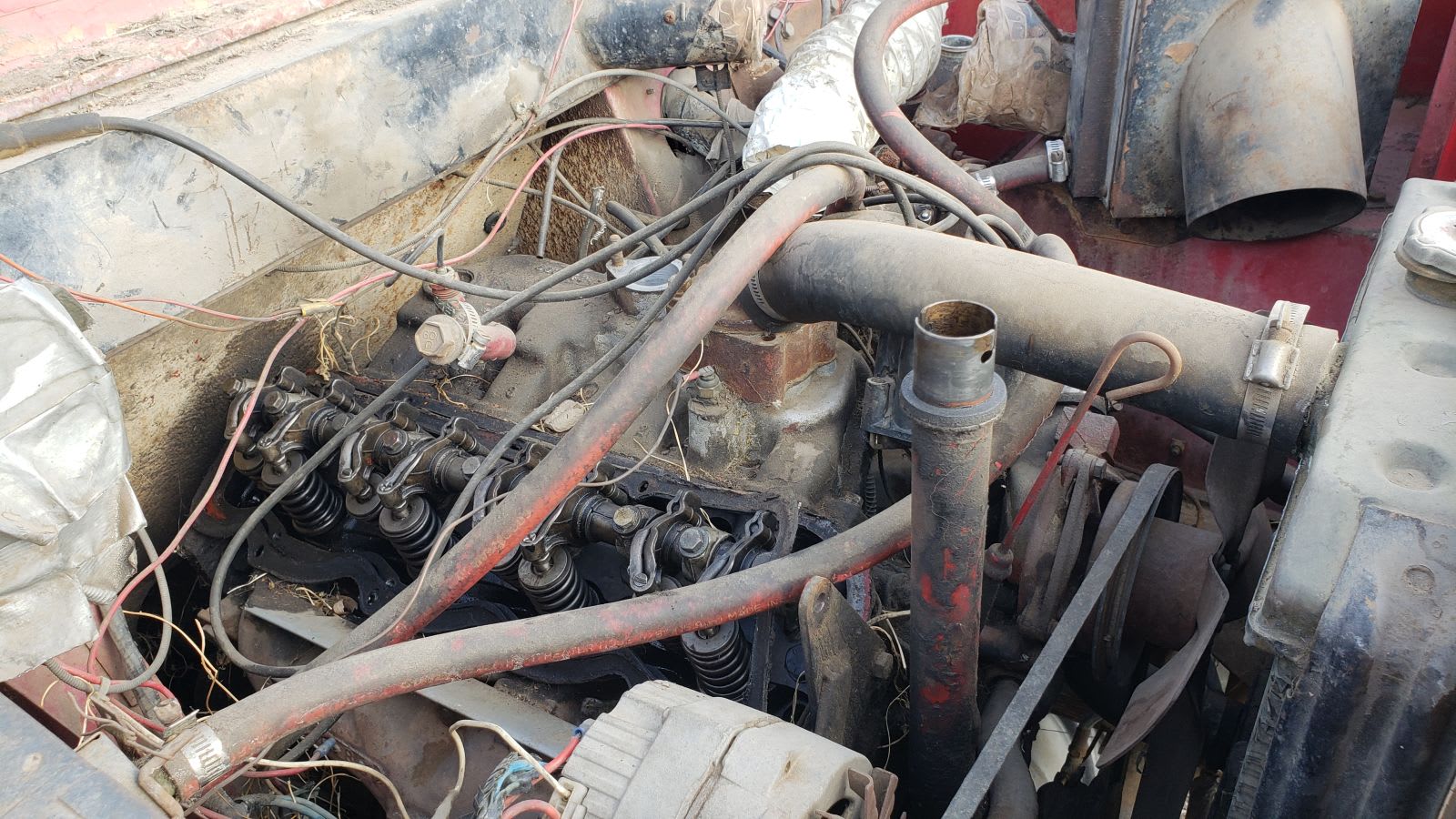 The first-year Scout came with this 152-cubic-inch Comanche four-cylinder engine, which was based on one bank of the 304-cubic-inch IHC V8. As you might have expected from such a big four-banger with no balance shafts, the Comanche produced a discordant NVH symphony but made cheap, reliable torque all day long. 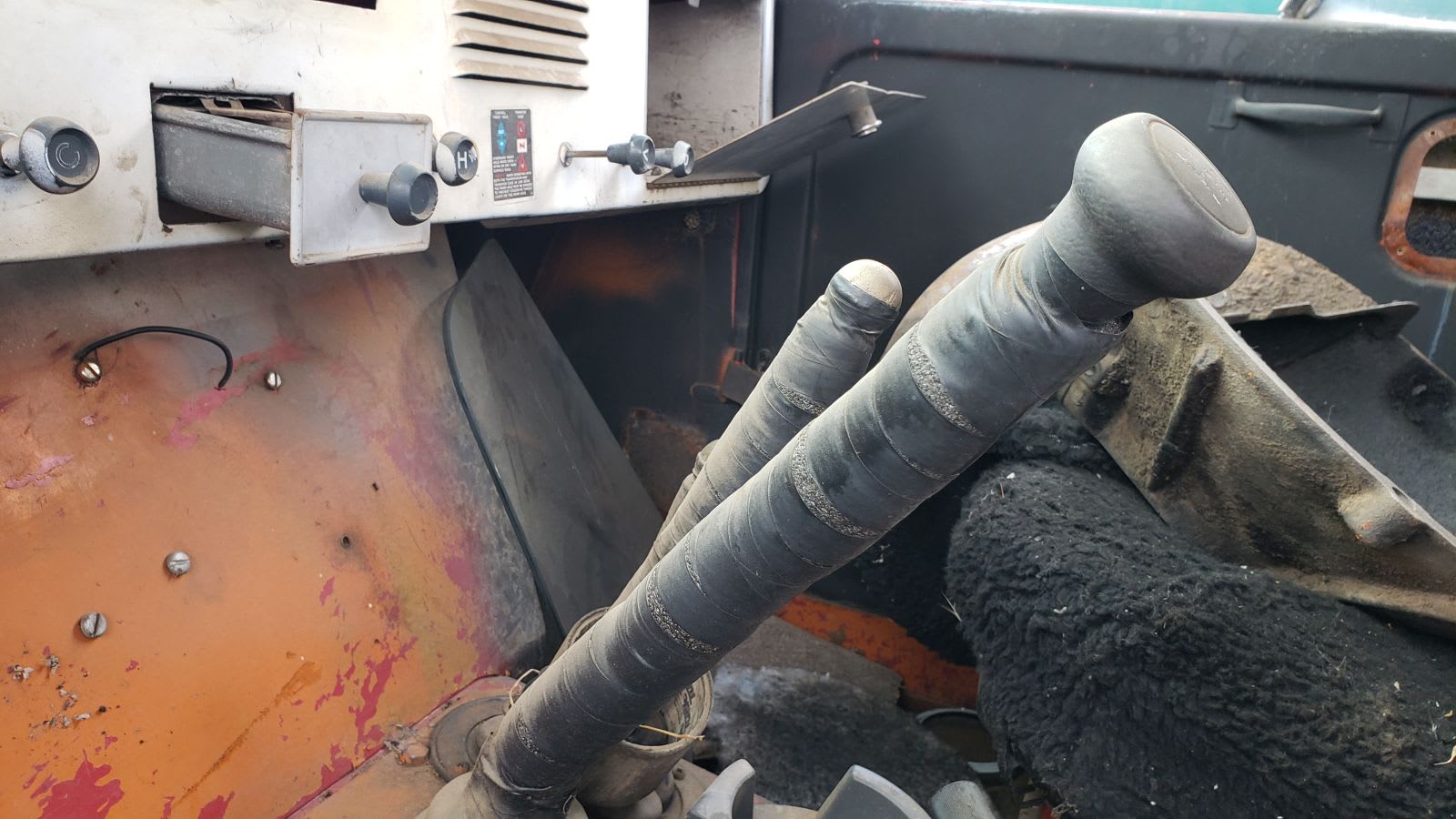 The padding taped over the shift levers suggests that the truck's final owner had much experience being slammed about the cabin while driving on rough surfaces. This truck has a 3-on-the-floor manual transmission, as did all early Scouts. 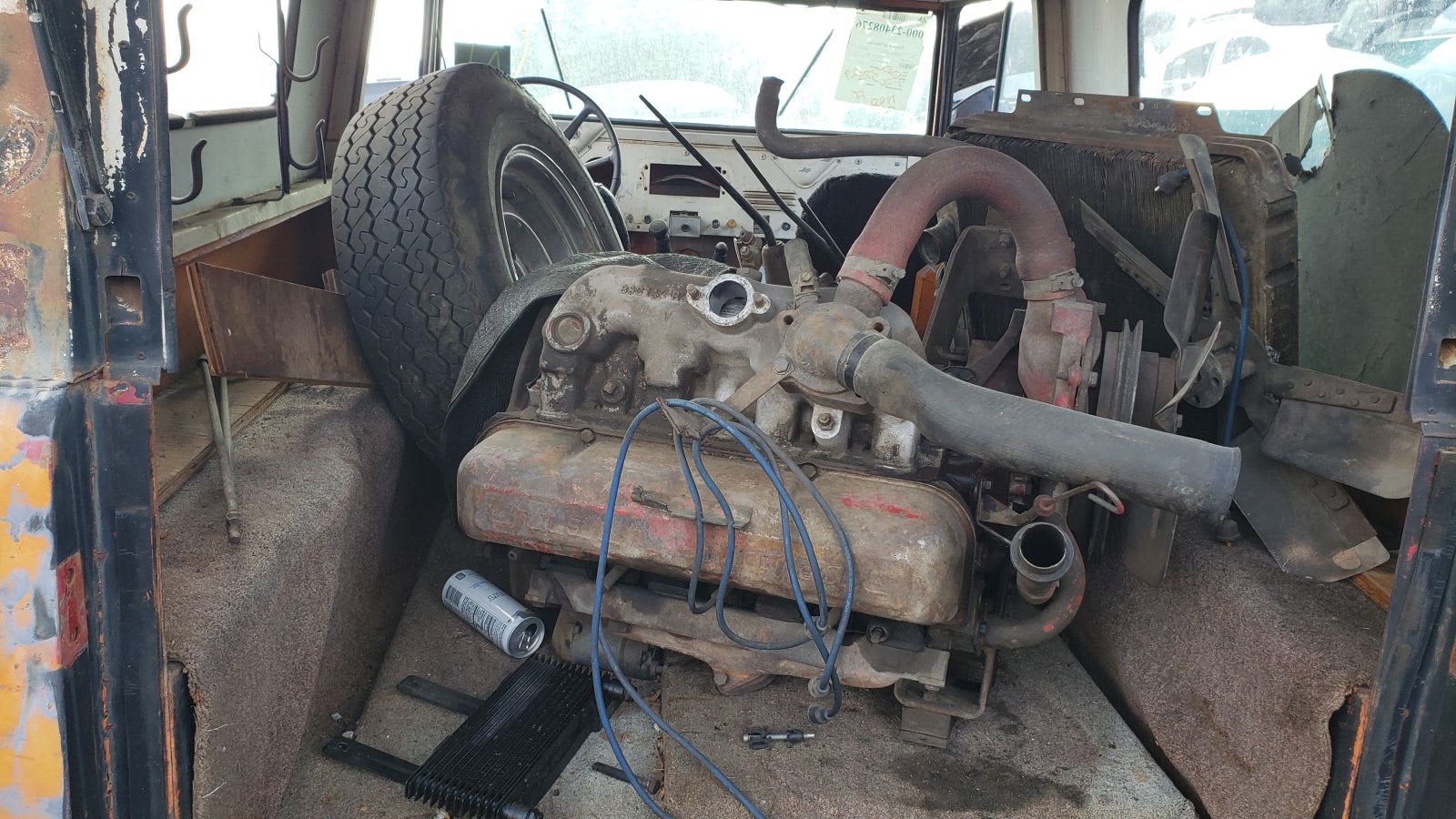 The cargo area is full of Scout parts, including spare engine and transmission. This truck appears to be a project that never got finished, or a parts truck swept up in a general yard-cleaning. 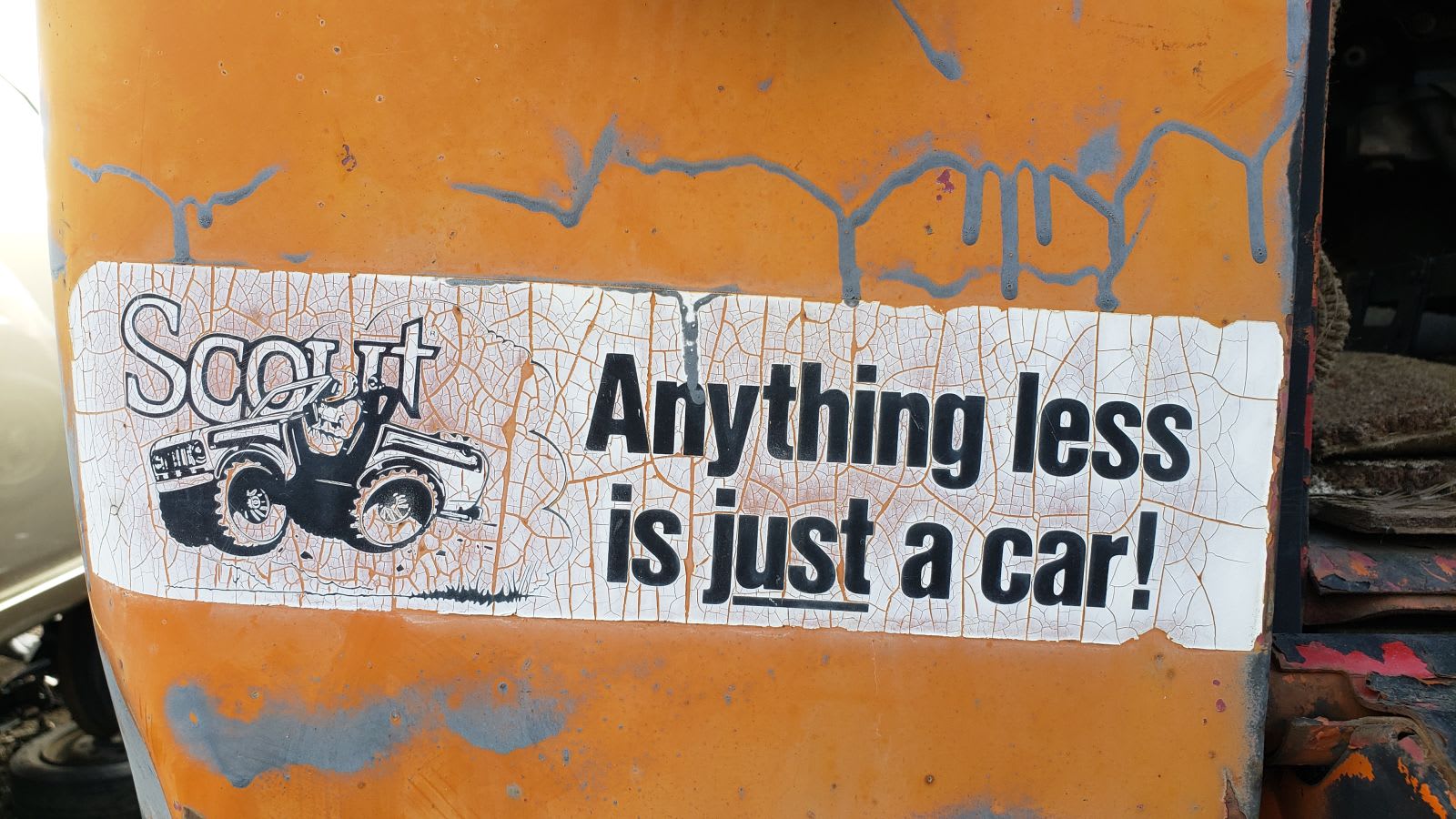