The mid-cycle refresh for the 2020 Mini Clubman brings small-scale cosmetic alterations from front to back. The new grille dominates the front end. It's no larger than before, but by getting rid of the black bumper shape for six horizontal bars optionally dressed in chrome, the opening looks bigger. Clubman S models still fit hexagonal mesh into the opening, smaller hexagons on the new model set off by the single chrome accent of the previous model.

New standard halogen headlights house larger reflectors and a black shield, the fog lights in the lower bumper illuminating as DRLs. The first set of optional LED headlights are arranged in a new design and employ LEDs for high and low beams. On these, an LED ring lights up to act as the primary DRL and the turn signal. A more feature-filled LED option includes adaptive headlights that can turn and adjust their brightness and throw automatically, and auto high-beam dipping. If we get that latter option in the U.S., it won't be with full functionality. The new rear LED taillights come standard and illuminate in a Union Jack pattern.

The infotainment gains a permanent 4G-LTE SIM card for always-on connectivity and over-the-air updates. After debuting at Auto Shanghai, we await pricing before the model goes on sale later this year. 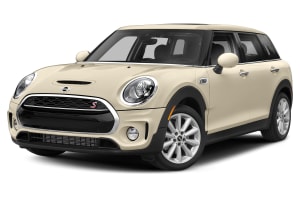