One thing about living in Denver, Colorado, is that I can find an example of just about every Subaru ever sold in North America in my local wrecking yards. I haven't seen any 360s yet, but everything from the BRAT to the SVX to the B9 Tribeca has fallen before my camera lens during past junkyard visits. The Justy was the cheapest Subaru Americans could buy— actually, one of the cheapest cars you could buy— during the late 1980s and early 1990s, and the four-wheel-drive version sold well in places with plenty of snow and mountains. Here's a '93 I spotted in Denver last month. 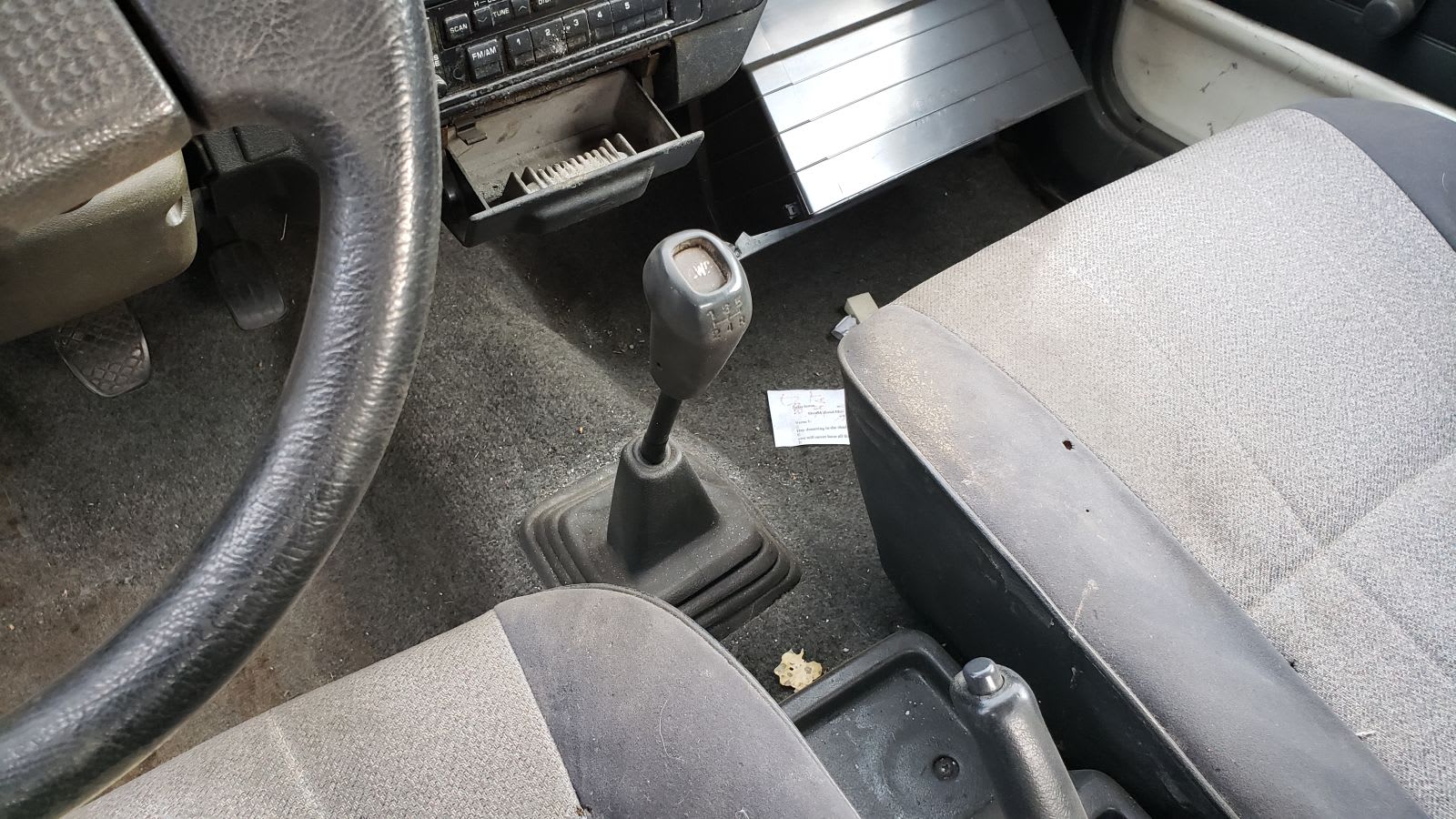 Many of these cars were sold with Subaru's CVT transmission, which wasn't quite as civilized or sturdy as the CVTs we see today, but this one has the rugged 5-speed. That button on the gearshift switches between front-wheel-drive and four-wheel-drive; since Americans found this sort of choice confusing (and leaving the car in 4WD on dry pavement would tear up the tires and/or break drivetrain components), full-time all-wheel-drive replaced this sort of setup as the 1990s progressed. 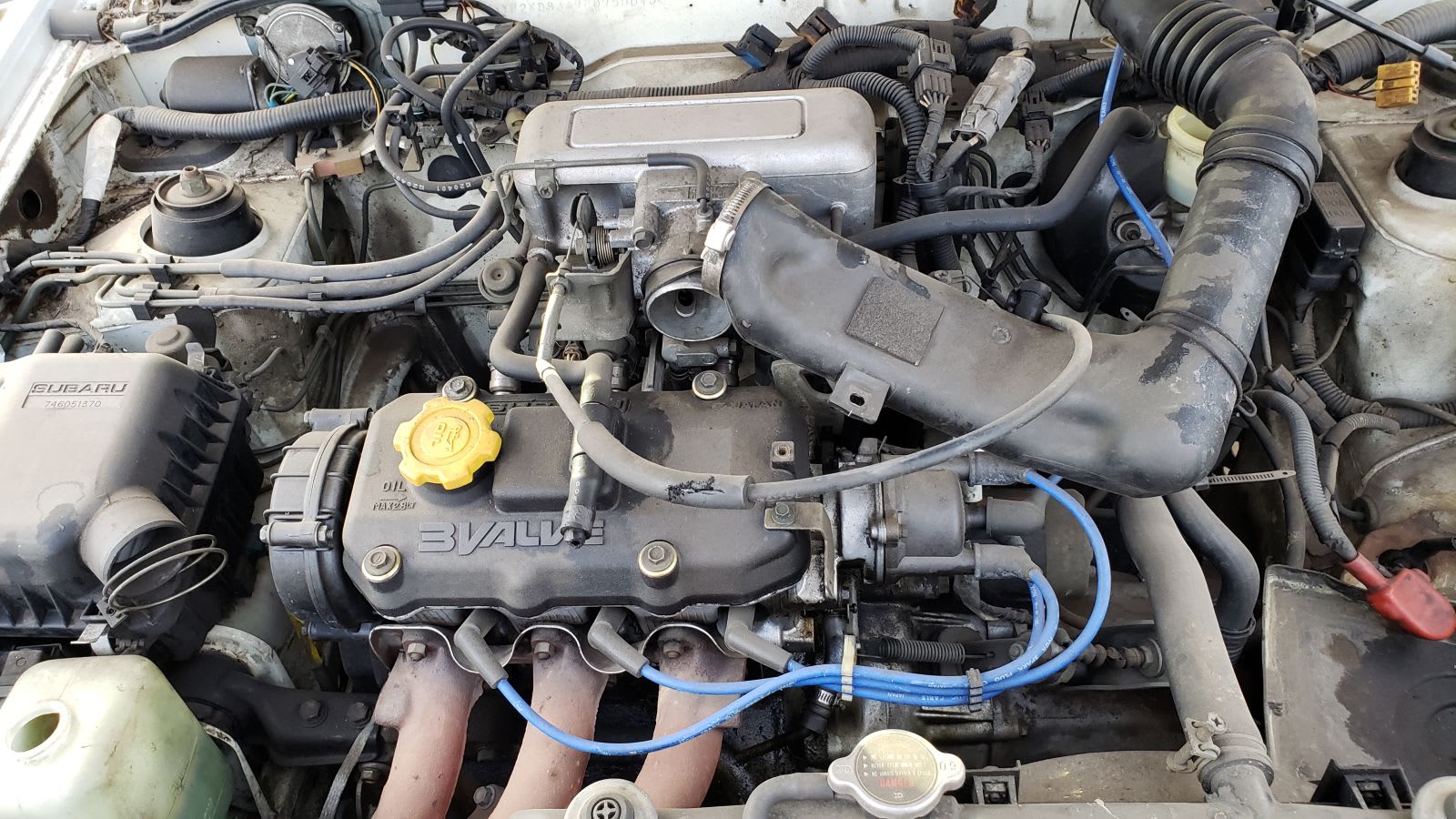 The Justy had a carburetor all the way through the 1992 model year (one of the last US-market cars to be so equipped), so this futuristic fuel-injection system took brought the 1.2-liter three-banger into the modern world. 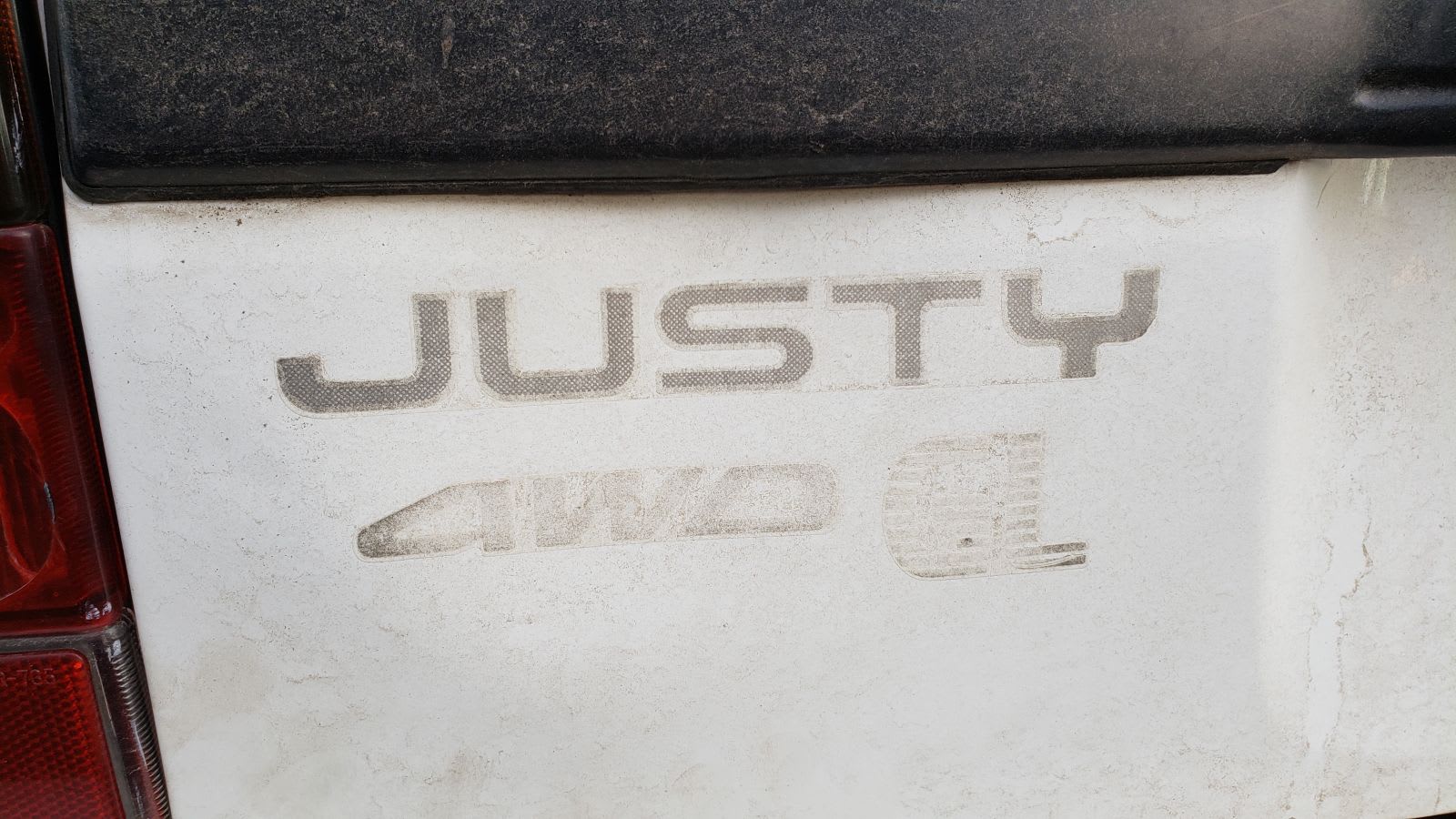 These cars were slow, even with the 5-speed. Very slow. The cheap price tag and decent fuel economy helped sales, though, and the lack of 4WD versions of the Geo Metro and Ford Festiva sent a lot of Colorado customers to the Justy. 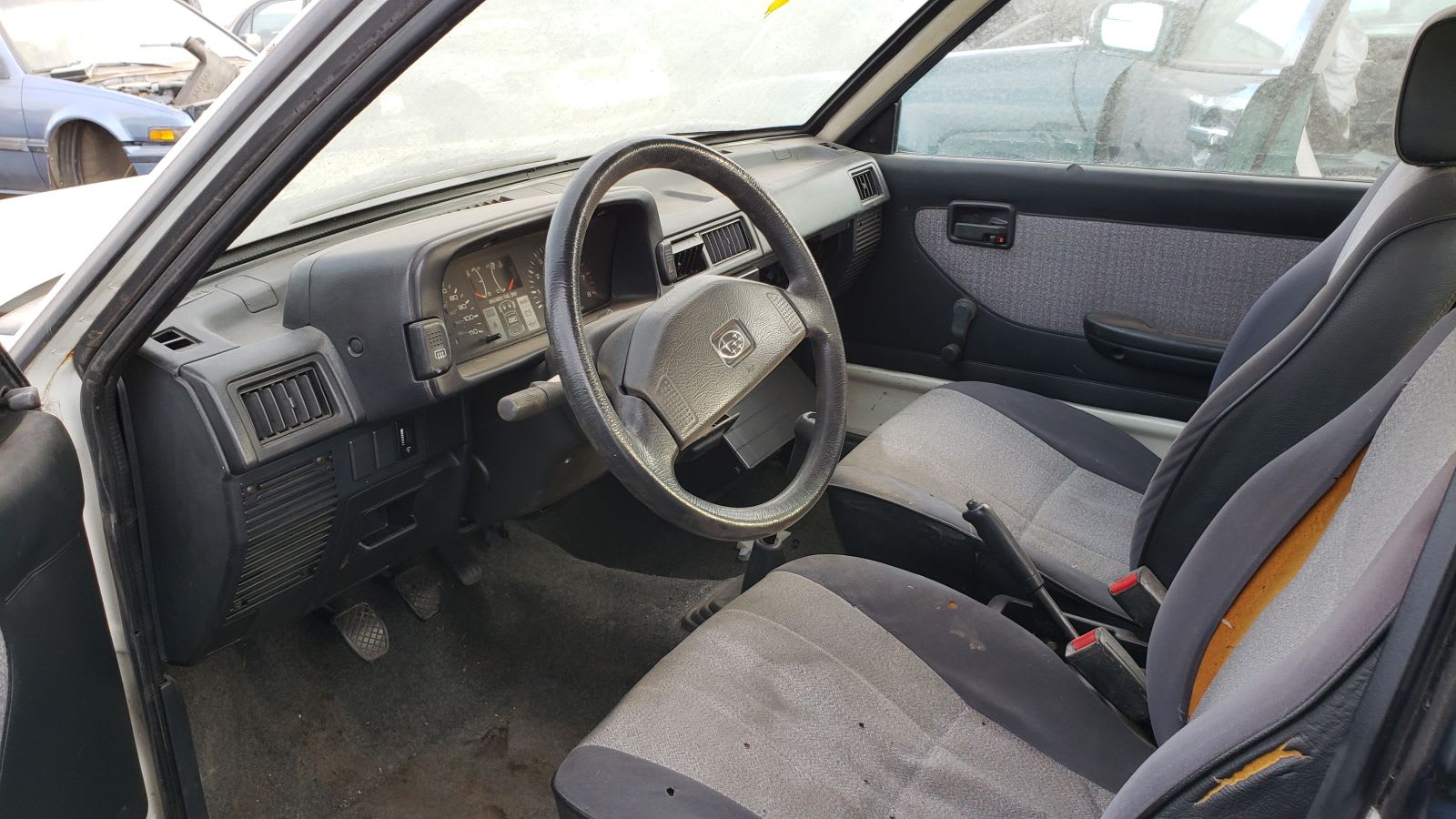 The interior is your standard mid-1980s Japanese-commuter-appliance stuff; this gray plastic and cloth wouldn't have looked out of place on a new 1985 Tercel, 323, or Sentra.

Just the thing for a shaggy dog to drive around Los Angeles.


When a man loves a woman (with big 1980s hair)... he drives his Justy 4WD to her through an apocalyptic storm.