Among Jeep's latest Easter Jeep Safari concepts, the J6 regular-cab pickup truck is one of our favorites. It would be such a cool model, especially alongside the bigger Gladiator. But there are issues that would make it tough to bring to production. First, demand for two-door pickup trucks is low. Second, it would be expensive to engineer and certify the new model whether it used the concept's Wrangler Unlimited chassis, or a shortened Gladiator chassis. So there's no way we'll get an official regular-cab Jeep pickup, right?

Well, there is one way Jeep could make it work. Our glimmer of hope comes to us from several years ago in the form of the Mopar JK-8 kit. Chrysler's official accessory part company actually created a kit that would let you convert a JK Wrangler Unlimited into a truck. It used fiberglass panels including bedsides, bed and a new top that could be bolted in either by a dealer or by the owner.

It was a great idea then, and would be just as good for the J6 because it eliminates the vast majority of the expensive development and certification, since a conversion kit would just be a set of parts to apply to an already certified model. And since the market is probably a small group of die-hards, a good number would likely be fine with having to put in a bit of work or money to build it. As an added bonus, Jeep wouldn't be taking up space on an assembly line for equipment and cars that aren't likely to sell well.

It sure sounds like a good idea to us. If anyone from Jeep is reading, could you start bugging the Mopar folks to put something together? 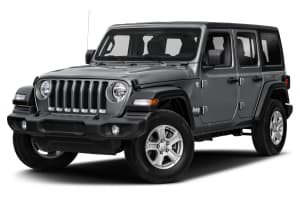