Does Ford have a grand strategy, or is this as haphazard as it seems?

Alex Kierstein
If you're like us, the last couple of years for Ford has had our heads spinning. Cars are dead, but a crossover-ized Focus Active is coming. Wait, that's dead too, after being announced. And then a little while later, the 2020 Escape shows up looking like a marginally inflated European Focus, which it essentially is. Meanwhile, Ford's small Bronco crossover will occupy some of the space between EcoSport and Escape. How will that affect 2020 Ford Escape sales, anyways?

A lack of Focus?


Much has been said about Ford's decision to kill its car nameplates, most importantly the Fusion, Focus and Fiesta lines. Ford says folks aren't buying them, so staying profitable means killing the car lines other than Mustang. However, for a brief time, the Focus Active was slated for America. Then Ford killed the lightly-crossoverized Focus Active, too, blaming tariffs imposed by the Trump administration. After all, the Focus Active was due to be produced in and imported from China.

Dealers were not pleased by any of these moves. Many publicly question Ford's strategic decision, even while acknowledging the cars' diminished appeal in the current marketplace. Some were frustrated that nameplates with consumer recognition would be scrapped. Others lamented the loss of affordable options – basic sedans and hatchbacks are almost always cheaper than related crossovers. The whiplash over the Focus Active stung even more in this regard. 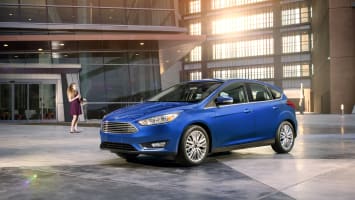 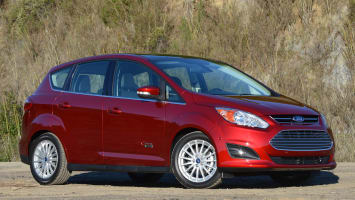 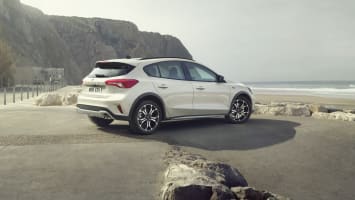 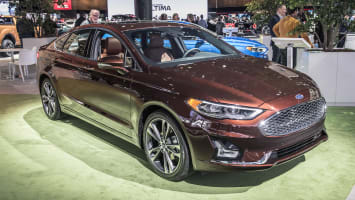 Whether the business decisions here were justified, the optics were bad. To onlookers, it seemed like the reactionary moves of a company that didn't fully understand the marketplace – a rout, rather than a strategic retreat. Ford tried to bill it as prescience, making early moves to position itself for a changing market, but investors didn't buy it. They spooked. Ford's stock prices are still at a near five-year low.

The real test of Ford's strategy is the 2020 Escape, tasked with mopping up much of the potential sales of the Fusion, Focus, and the stillborn Focus Active. The new Escape fits almost perfectly in the gap between the Focus Active and the Fusion. The new Escape is 3,299 pounds, well under the Fusion's 3,472 pounds – while providing more overall passenger volume (104 cubic feet, versus 102.3) in a smaller overall package (180 inches overall on a 106.7-inch wheelbase, versus 191.8 and 112.2, respectively). It offers 14 cubic feet of passenger volume more than our U.S. Focus, and more than 10 cubic feet more cargo space. Just looking at the numbers, the Escape seems to blend the best attributes of the Focus and Fusion into one vehicle, with a more popular bodystyle – in that sense, the Escape makes a lot of sense.


2/ Escape is the perfect example of avoiding the tyranny of commoditized silhouettes (h/t to HTT) in the small utility segment and the perfect stepping stone to improve ride height and better space than a passenger car. It also open up a new spot in Ford's future SUV lineup. pic.twitter.com/PR0dmlmWnm


The styling is also smooth, carlike, and decidedly un-truckish – particularly compared to the boxy-but-cute first- and second-generation Escapes. It's as if all SUV pretense is dropped in the 2020 Escape, leaving us with a hatchback on stilts – which is exactly what a crossover is, anyways, but at least the Escape is being honest about what it is.

If we ignore the Bronco crossover and just look at this Escape on its merits, through the lens of the cars it'll be displacing, it's a promising execution. But affordability – that is to say, an advertise-able starting price – is an incredibly important predictor of how much Focus and Fusion sales the Escape will be able to mop up. And it's the piece of the puzzle we don't have yet. Remember, the Focus hatchback starts at $21,415, and the Fusion at $23,835. The current 2019 Escape lists at $25,200. Unless there's a loss leader trim that undercuts the current Escape S by a couple grand, the dealers' concerns will be justified. Pushing small-budget buyers into the less compelling EcoSport isn't a great solution, either.

Bucking the trend with the "Baby Bronco"


The other aspect of this discussion is the upcoming Baby Bronco – a vehicle that's likely to be the Escape's platform twin, with a more adventure-oriented focus. Rather than build several versions of the same all-things-for-all-crossover-buyers vehicle (consider the RAV4 and its Adventure trim), Ford's explicit strategy is to put one vehicle on either side of the divide. 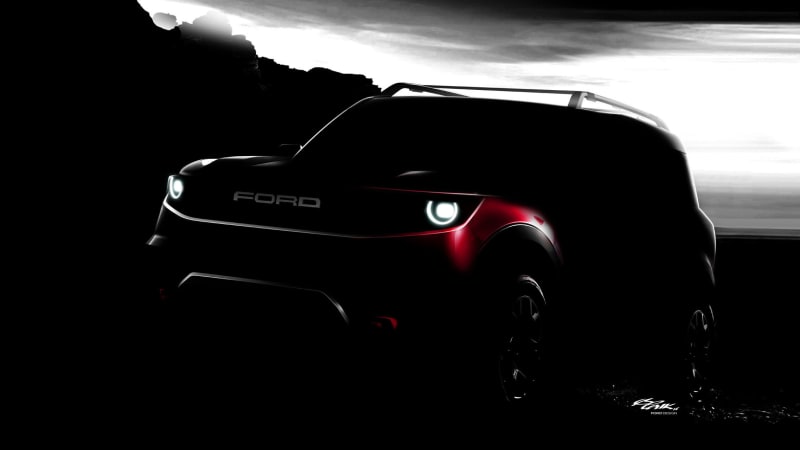 That's why the Escape is so soft and smooth – Ford says it's sophisticated, urban. It'll cede the rugged, adventurous image to the Baby Bronco while maintaining practical all-wheel drive for light all-terrain and adverse weather traction.


3/ Boom! New small utilities for those who like sleek sophisticated urban design and those who want a true, rugged small utility with 4x4 off-road capability. #BuiltFordProud pic.twitter.com/WKprV6Cbmt

What Ford risks is that by losing most of the perception of capability, the rugged look and outdoor lifestyle imagery, perhaps some of the appeal of the crossover genre itself evaporates. This is of course the paradox of the crossover itself, so Ford isn't the first to experiment with dialing up or down the outdoorsy-ness of a crossover. Consider a few examples in its own history – the Freestyle/ Taurus X and the Flex, for example, neither of which saw much success blurring the genre's boundaries.


If the discussion keeps circling around to the as-of-yet-unknown price of both the Escape and its Baby Bronco sibling, there's a good reason for that: Ford's overall strategy may live or die on what they can get away selling a loss-leader Escape for. Sure, with low interest rates and longer finance terms, many buyers are willing to spend more over a longer time frame to get into a more expensive vehicle, but the dealers are right to worry.

Other manufacturers still sell plenty of vehicles in the Focus and Fusion classes – with lower starting MSRPs than the current Escape. Those MSRPs get buyers to show up, even if they get upsold into something comparable to (or more expensive than) an Escape. The foot traffic, the internet sales leads, they still matter to the process.

Here's something else to consider: the Fusion, Focus, and even the Fiesta nameplates do have some recognition and goodwill left. The fact that they're going away has a bit of a hangover effect with unpredictable results. You're trading in a Fusion and you'd like a new one, but the company's quit on it. They've quit on sedans entirely. What's wrong? What happened? Even if a closer look leads them to believe Ford made a prudent choice, the initial impression makes for bad optics.

That'll fade. And perhaps other automakers will cull slow-selling sedans and hatchbacks, too. GM's certainly following suit. Ford's car lines were old at the start of the downturn, and GM's frankly were uncompetitive. If you can't win with cars, move to crossovers. That's all well and good, so long as they're actually comparable – in price, in economy, and in capability.

Will all credit to Ford here for making the Escape more efficient and carlike, crossovers in general are not as efficient or light– or more importantly, as cheap – as the smaller vehicles they're displacing. They've gotten more efficient, but so has everything else. The EcoSport might be Fiesta-based, but it ain't a Fiesta during EPA testing. Likewise, the Escape may be a modern and efficient crossover, but if it's supplanting the Focus it's in some ways a little step backwards.

What are we left with? A strategy that may make some sense, carries some risks, and was certainly rolled out in a convoluted and unpromising way. There are pitfalls and question marks moving forward, too – price, economy, the role of the Baby Bronco, the vagaries of consumer demand. Who's to say crossovers stay hot, interest rates stay low, and gas stays cheap?

In isolation, the product itself – the 2020 Escape – is compelling. It's likely to succeed. Whether the strategy it represents will save Ford from the investor crisis it's mired in remains to be seen. We need to see the Baby Bronco, see how Ford prices the 2020 Escape, and see how the global economy fares in the next year. The bet is placed, we just need to see how the dice land. 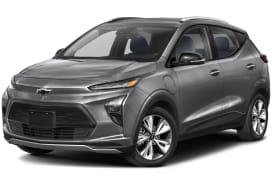 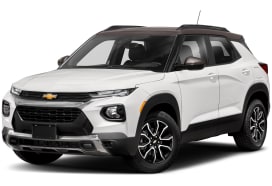