A taste of the BMW Individual possibilities, limited to 400 units

The first special edition of the 2020 BMW 8 Series coupe was the M850i xDrive Coupe Night Sky, starring meteorites and Widmanstätten Structures and custom gradient paintwork. This is the second special edition proffered unto us from BMW Individual's white-gloved hands, called the M850i xDrive Coupe First Edition. To be built between April and June of this year in a batch of just 400 units, the coupe GT represents a slightly less interstellar version of customization.

BMW says this car is the first time that the "drive and suspension technology of the two-door model... can be combined with exclusive BMW Individual exterior and interior features." As if BMW Individual had ever planned to tell 8 Series coupe buyers "No."

Anyway, it starts with Frozen Barcelona Blue metallic paint, a special, clear-coated matte version of the Barcelona Blue available now. The hue is set off by a BMW Individual High Gloss Shadow Line, better known as black trim, from the grille frame to the window surrounds and tailpipes. Jet Black 20-inch light alloy M wheels anchor the ship. BMW employed the Latin phrase "inter alia," the first time we've ever seen that in a press release, to inform us that cost options include an M carbon roof and the M carbon exterior package.

The interior is more befitting the airs of the dead language of science, philosophy and religion. There, you'll find a full leather interior in Ivory White and Night Blue Merino leather, with Night Blue extending to the steering wheel and Alcantara roof liner. Trim pieces come in "Black Piano," which we assume is a half-hearted construction meant to distract us from the fact that piano black has been in economy cars for years. A far better distraction would be the 1,400-watt, 16-speaker Bowers & Wilkins Diamond Surround Sound System, normally a $3,400 option.

Each of the special coupes will bear a plaque reading "First Edition 1/400." BMW didn't specify a U.S. allotment nor a price, so this could be a global case of first come, first served, and bring money. 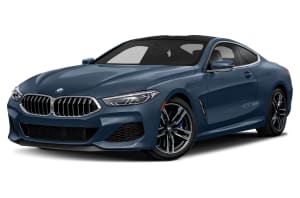 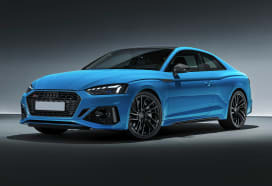 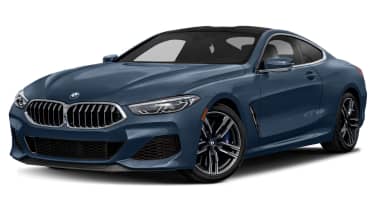 $1,729 - $2,183 Nat'l avg. savings off MSRP
See Local Pricing
I'm not in the market for a vehicle at this time. Please move this suggestion to the side for 30 days.
Huge Savings