There’s no shortage of this practice in the automotive industry

Zac Palmer
A base Chevrolet Tahoe starts at $49,195. The cheapest Cadillac Escalade you can buy costs $76,490. These cars are built on the same platform, yet there's more than $27,000 between the two base prices. Add enough options to the Escalade and it can get expensive enough that a buyer could pick up two Tahoes for one Escalade. Sure, the Escalade is a luxury (nicer materials, better tech) SUV, but if you examine the material costs to a manufacturer, it doesn't cost so much more to build than the Tahoe to easily explain the difference in cost. What gives here?

It's called platform sharing, and the strategy has been going on for decades. For example, the 1960s saw the Chevrolet Chevelle, Pontiac LeMans, Buick Special and Oldsmobile Cutlass all use the same platform. Fast forward to today, and the practice is still extremely widespread.

Most describe a platform in similar terms, including things like the floor pan, drivetrain, suspension and axles. When you hear someone say that a crossover is "car-based," that means the platform it's built on is used by a sedan or hatchback (as opposed to a truck) in the manufacturer's lineup. An example of this would be the Volkswagen Atlas. VW builds this mid-size SUV on its MQB architecture, which is used for many other vehicles, including the Golf and Jetta. This shows one of the major benefits of these modular platforms: flexibility. In Volkswagen's case, it's able to adapt dimensions like height, width and length to accommodate for larger bodies while still using the same modular platform. This kind of sharing is different from our Escalade and Tahoe example. Those cars are linked with each other to a much greater extent than our Atlas/ Golf case because there's no enlarging or shrinking going on.

Platform sharing isn't limited to the same car company. Park the Mercedes GLA subcompact crossover next to an Infiniti QX30 and you'll instantly see the connection. Nor is the practice limited to outward appearances. If you try to apply the logic of design to our Atlas versus Golf case, most consumers wouldn't ever realize the two shared a platform. This shows how tricky it can be to decipher which cars in a carmaker's lineup share platforms.

We chatted with Stephanie Brinley, Principal Automotive Analyst for IHS Markit, to learn more about why manufacturers choose to build cars this way.

"When you commonize things you can reduce complexity which can do a few things. One of them is to reduce cost to make the vehicle and how much the parts cost because they're shared," Brinley said. "The other thing that can happen is you can commonize processes, the way things are put together, the order that they're put together in a way that ultimately improves quality as things get more repetitive."

Producing parts and chassis in higher volumes (i.e. scale) like we see in the world of platform sharing makes those vehicles more profitable. Most of the money is saved in the planning and development stages. The Center for Automotive Research explains why profit has so much to do with platform sharing: "Development of vehicle platforms is quite expensive, requiring a minimum sales threshold be achieved before engineering and equipment costs are recouped. This is a prime driver for minimizing the number of platforms in an OEM's portfolio, and emphasizing global platforms to be able to produce the greatest number of units off common platforms and component sets."

If a manufacturer can sell many different models of cars using the same platform, it's going to make a profit easier than it would if every model had different bones underneath. This is especially true when the same platform is shared between pricey luxury models and more mainstream models that must strictly adhere to a specific price point. The manufacturing process becomes more cost-efficient because there are fewer differences between vehicles. Sourcing of parts and purchasing is streamlined for the same reasons as before. It's easily summed up with the age-old phrase, "money talks."

Counter-arguments exist for building high-volume platforms. For one, it can erode the reputation of a luxury car. People might be less likely to pony up for the luxury version of a car if they notice too many similarities between it and the more frugal choice.

A variety of regulations and requirements worldwide makes building a single platform to be used globally more difficult. A car company must design platforms' entire architecture to be compliant with the rules in every market it intends to sell the vehicle. Regulatory nightmares can ensue in these situations, according to Brinley. She points to the example of the new Tesla Model 3. Its massive screen on the dash is compliant with U.S. safety standards, but some European rules say it can't stick up as high as it does. This forces Tesla to retool the interior for it to be sold in certain countries.

The post-sale stakes are raised for platforms meant to underpin millions of cars too. Takata airbags are a great example of part sharing among platforms being problematic.

"If you have the same part in a vehicle you build a variety of vehicles with, if you have a recall of that part, the cost of that part is then much higher. That's a risk," Brinley says.

Regardless of these pitfalls to platform sharing, it's still going to be our future. A wave of electric vehicles coming down the pipeline could lead to even more sharing. Brinley thinks because of the reduced complexity of electric vehicle platforms, we might see manufacturers expand the practice further.

"There's potential for there to be more flexibility in that ( electric car platforms) and actually build more cars off of that. If you go to something where the battery is in the frame and down low, and the motor is much easier to place, you've got more flexibility with what you do to everything and above, because you've got a pure electric vehicle that doesn't need as much space for an engine and a transmission in the way we do now. The number of pieces that you need is much smaller," Brinley says.

There are limits to how far we can take the practice of platform sharing. Manufacturers will continue to push those limits, at least until they stop making money.

"They'll take it to the extent that it makes sense. If you try to stretch a platform too much, the cost of modifying it could be more expensive than just creating a different one," Brinley says.

Our opening example of the Tahoe versus Escalade illustrates one of the concepts of platform sharing perfectly. If you examine both SUVs, it's no difficult task to see that the Escalade borrows a huge amount of parts from its lower-end sibling from Chevrolet. Savvy consumers will likely be able to notice similarities across brands that share platforms. Don't expect to quit noticing it anytime soon, because fewer platforms also means fewer costs for car companies if they do it right. 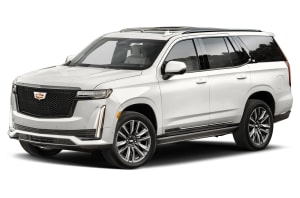 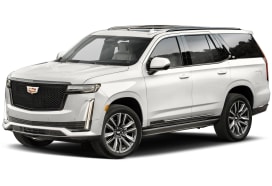 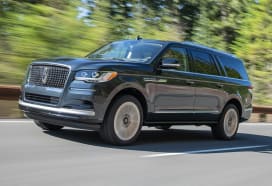 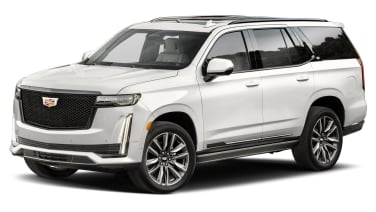 $2,786 - $2,786 Nat'l avg. savings off MSRP
See Local Pricing
I'm not in the market for a vehicle at this time. Please move this suggestion to the side for 30 days.
Huge Savings