It's going green and going faster

Porsche's track-only Cayman GT4 Clubsport has finally been given the 718 designation of its road-going siblings, but that's not all. The new digits bring with them roughly 40 extra horsepower for a total of 420. That power comes from a revised version of the old car's naturally aspirated 3.8-liter flat-six engine, rather than an iteration of the road car's turbocharged flat-four.

The bodywork gets a unique change, too. The doors and the rear wing are now made from a natural fiber composite that contains plant fibers from flax and, yes, hemp. Porsche notes that it's a renewable, environmentally-friendly material that also has similar benefits and qualities to traditional carbon fiber. The design of the body also allows for greater downforce, though Porsche didn't specify how much of an improvement there is.

The rest of the car is fairly familiar. The engine is still hooked up to six-speed PDK transmission and a limited-slip differential. Suspension components are borrowed from the 911 GT3 Cup race car. And every version leaves the factory with a full roll cage, racing seat, six-point harness, and, surprisingly, air conditioning. There are two versions available. The base "Trackday" model comes with a 21.1-gallon fuel cell, hand-held fire extinguisher and fixed shock settings. It starts at 134,000 Euros, which translates to just under $153,000. The upgraded "Competition" model brings three-way adjustable shocks, a brake bias adjuster, onboard air jacks, an automatic fire extinguisher system, quick-release steering wheel and a 30.4-gallon fuel cell. All this brings the price to 157,000 Euros, or about $179,000 at current exchange rates. Porsche is taking orders for the new car now, and the first deliveries will be in February. 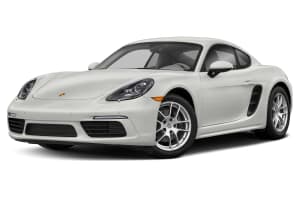