A well-traveled Swedish wagon ends its career in California

Before coastal Californians with the urge to drive sensible motor vehicles migrated en masse to the Toyota Prius and Subaru Outback, they drove Volvo station wagons. For this reason, wrecking yards in the Los Angeles and San Francisco regions still see plenty of fresh longroof-brick inventory, from 145s to 245s to 740s to 940s. Here's a late-production 740 Turbo wagon in the East Bay. 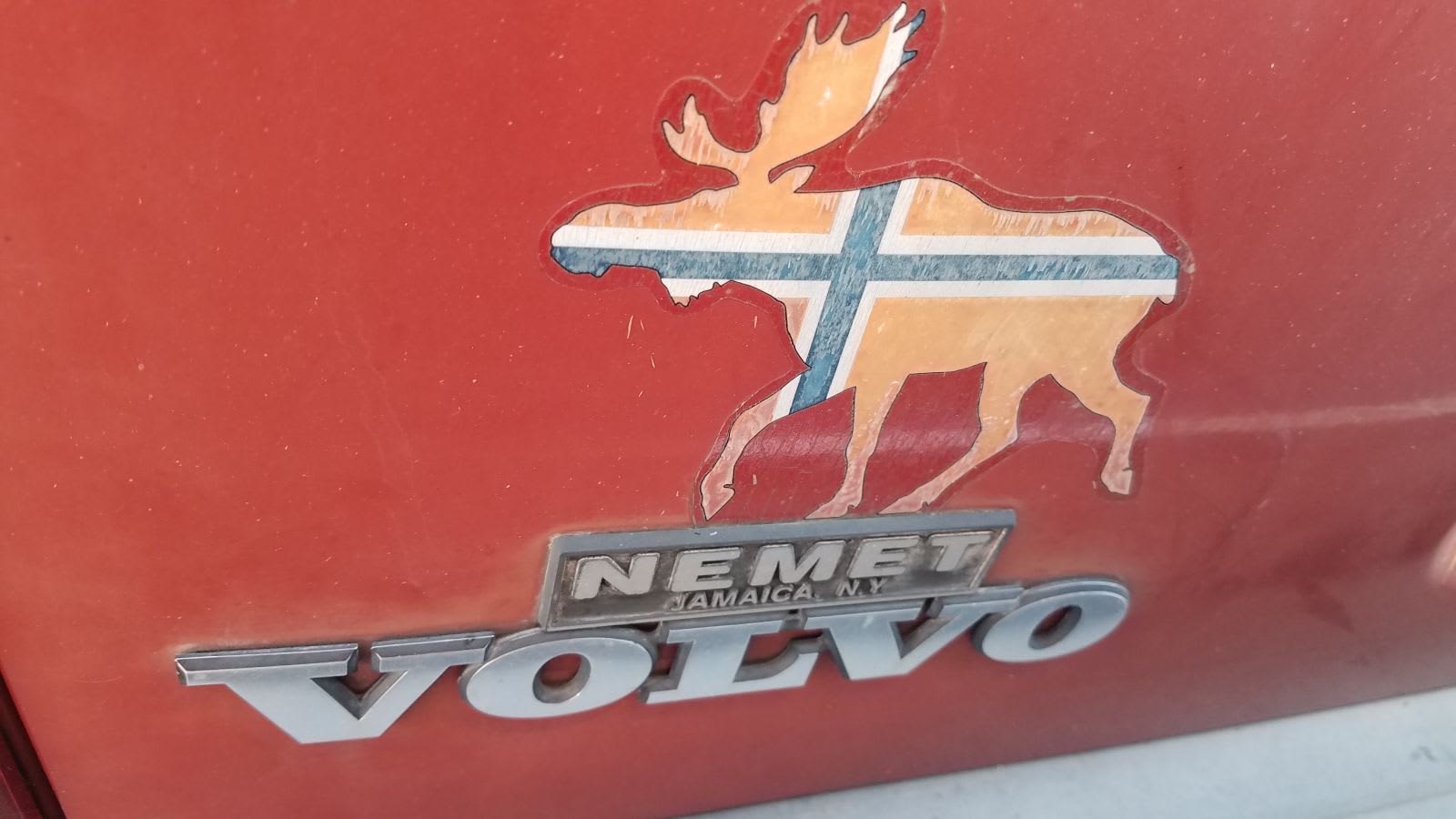 This car started its American adventure in New York, if we are to judge by the Jamaica dealership emblem. 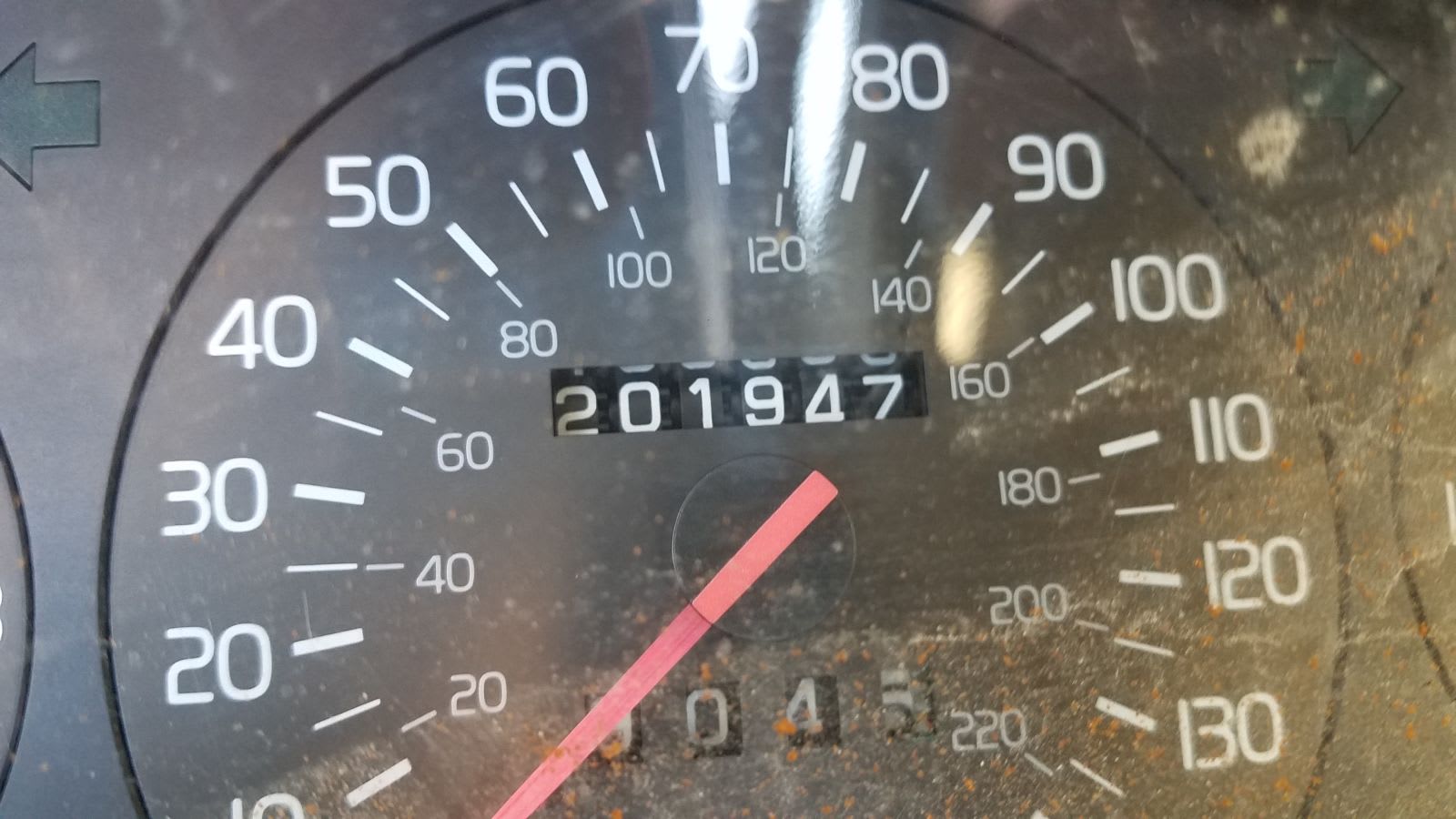 27 years and better than 200,000 miles later, its final owner gave up. Was it too many parking tickets or just the need of an ordinary expensive repair that doomed this car? We will never know. 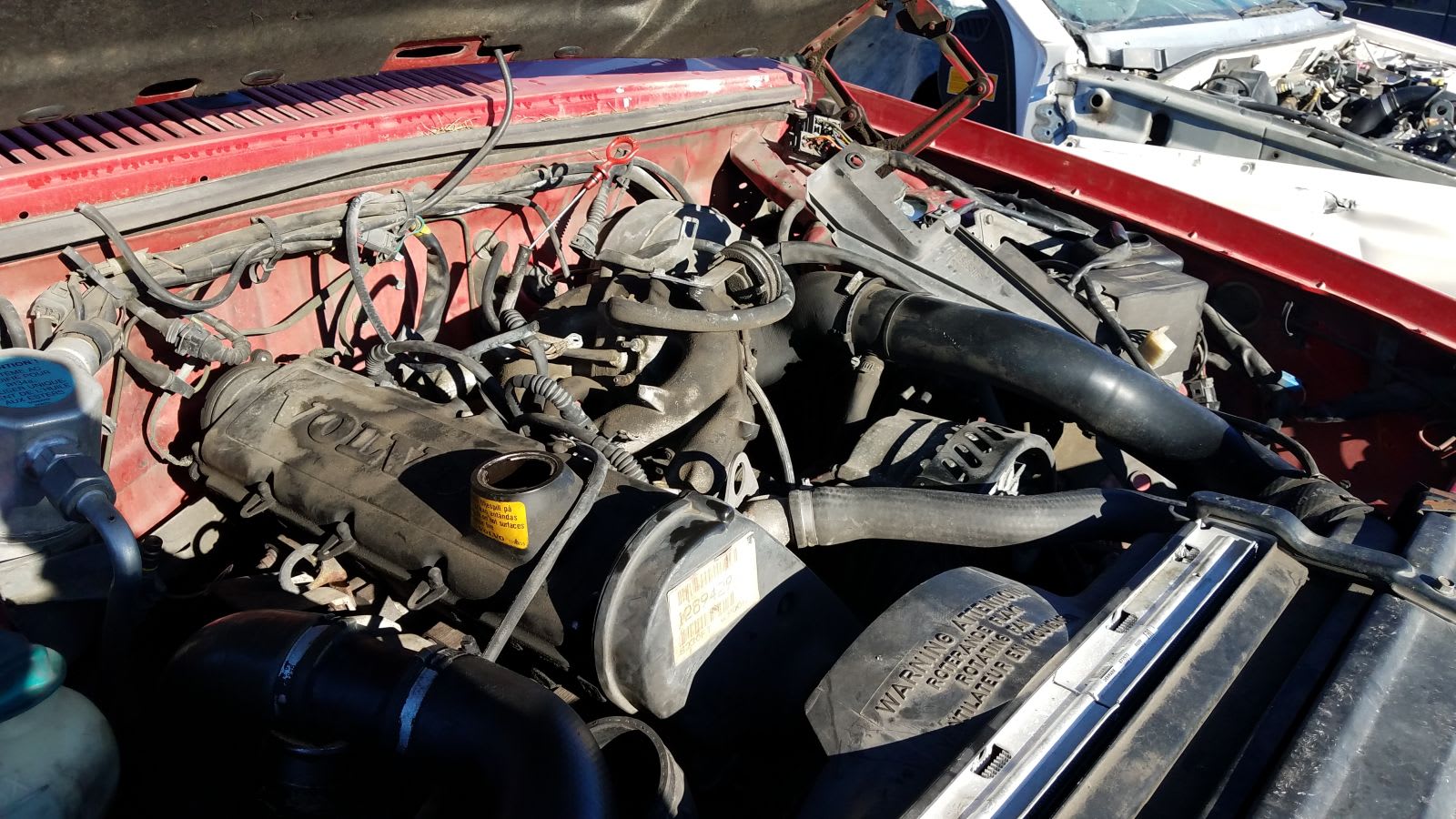 The B230FT turbocharged four-cylinder here was rated at 162 horsepower, which moved the 3,177-pound 745 along nicely (by 1991 standards). Yes, this massive-looking wagon weighs nearly 800 pounds less than the current Outback. 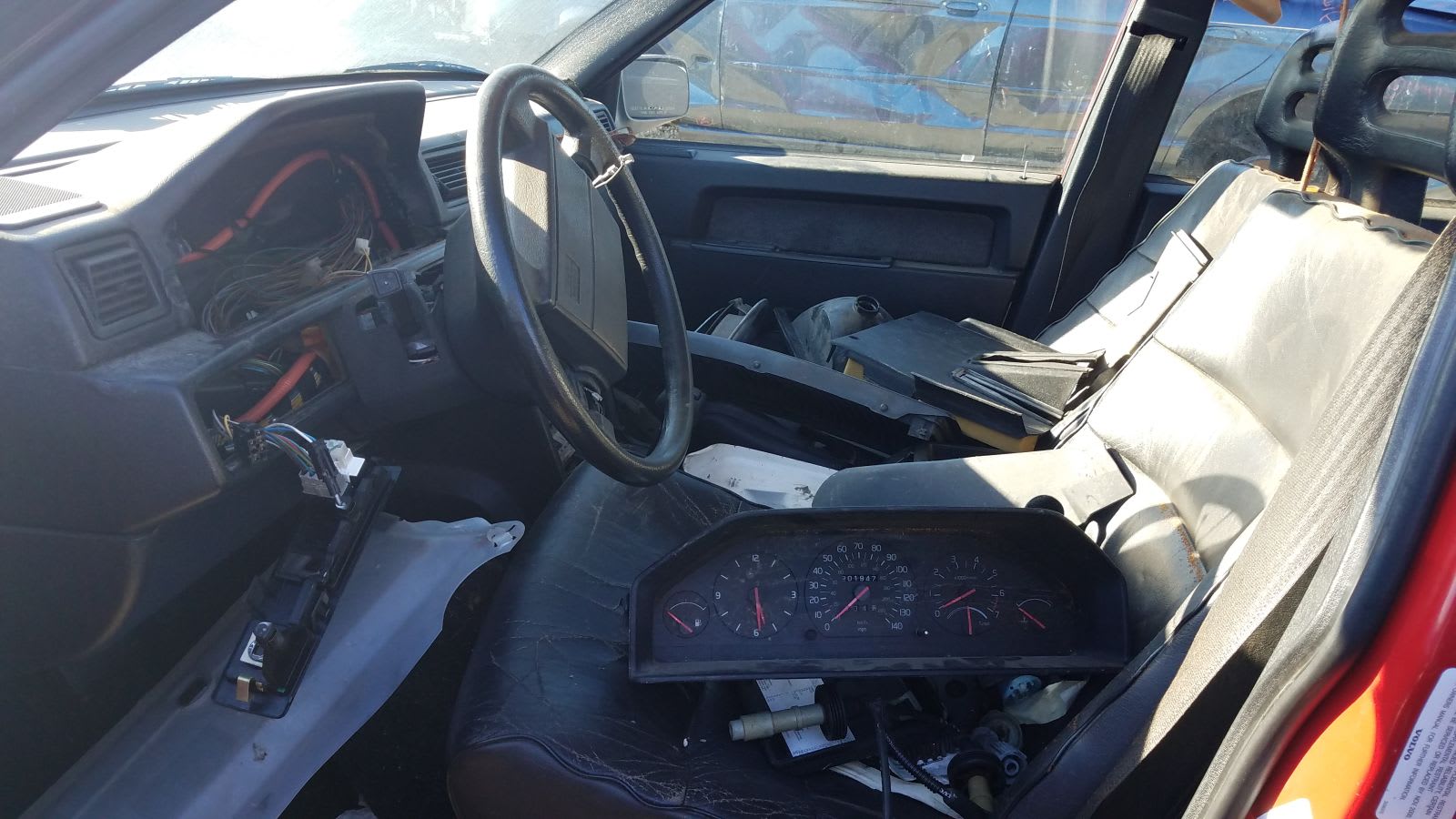 This one has an automatic, but plenty of U.S.-market 740s came with manual transmissions. 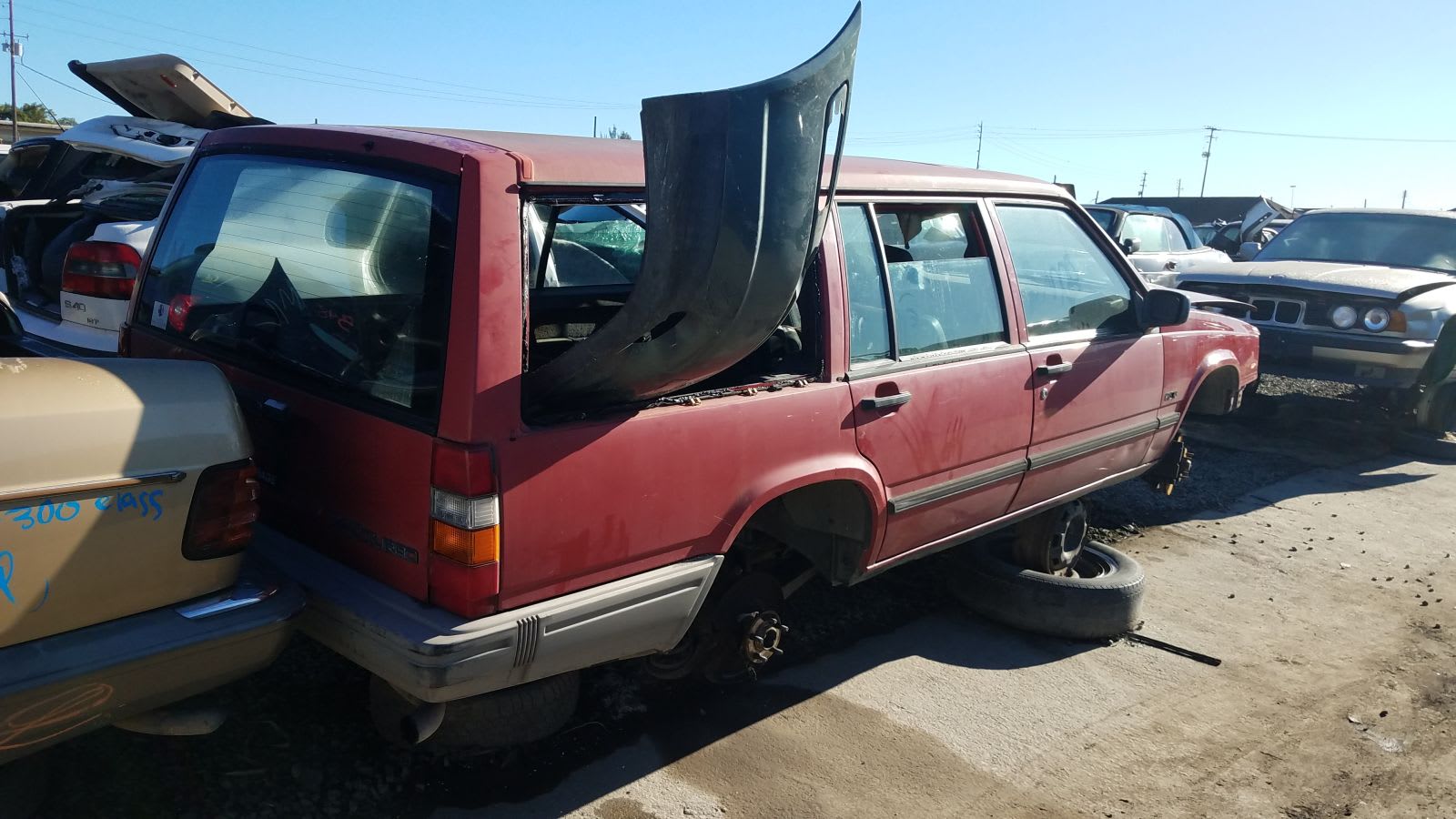 1991 was an interesting year for North American Volvo wagon shoppers, with the 240, 740, and 940 versions all available in the same showrooms (sadly, the 240 could be had with only naturally-aspirated engines that year). 1992 was the last year for the 740, production of which overlapped that of the 850 wagon by a single year; unfortunately, we didn't get the 850 here until the 1993 model year.

The same thing as a Porsche 944, really.