After a not-so-successful run selling Opels in the United States during the 1960s and 1970s, The General looked to his partners in the East for the next round of low-priced GM-badged imports. There was the 1985-1988 Chevrolet (Suzuki) Sprint (which later became the Chevy/Geo Metro), 1988-1993 Pontiac (Daewoo) LeMans, and a bunch of Chevrolet and Geo machinery based on the late-1980s Isuzu Gemini. Here's one of the first of those Isuzus: a 1988 Chevrolet Spectrum CL sedan, found in a Northern California self-service wrecking yard. 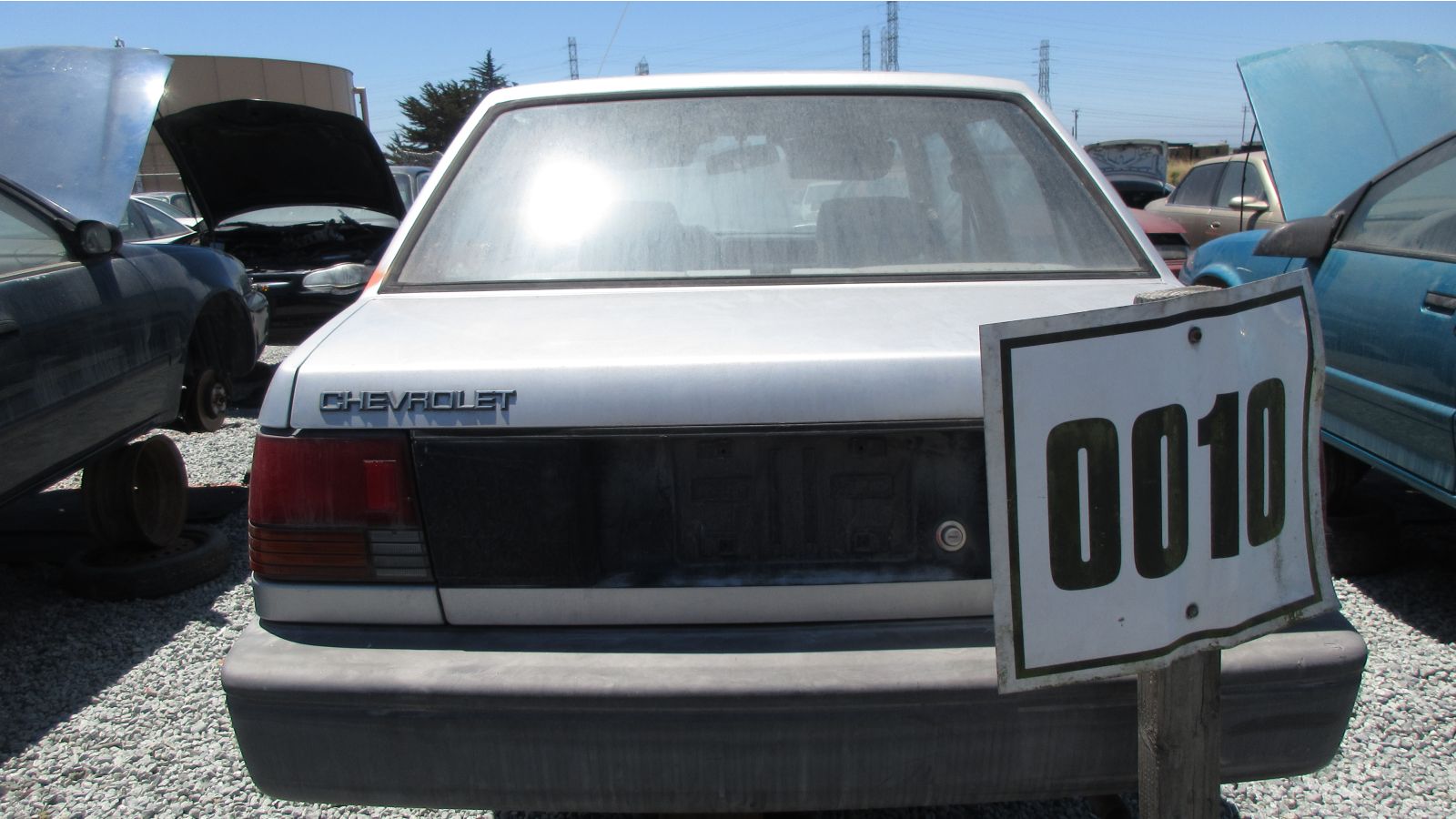 The first model year for the Spectrum (sibling to the U.S.-market Isuzu I-Mark) was 1984, and these cars wore Chevrolet badges through the first part of 1988. At that point, GM decided that its Asian-built imports would belong to the Geo brand starting in the 1989 model year, so 1988 models can be either Geos or Chevrolets, depending on when they were imported. 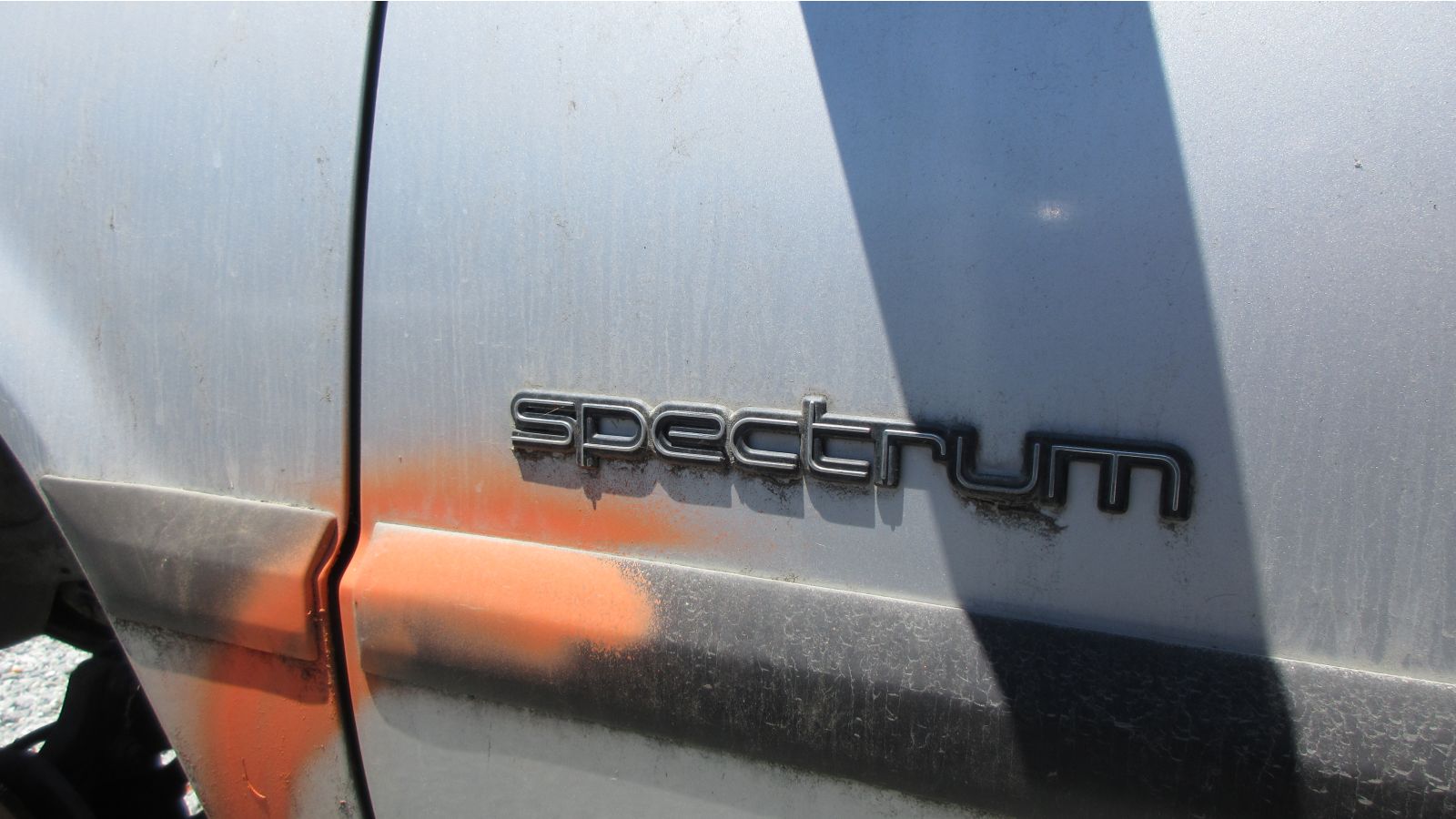 Most Spectrums ( Spectra?) were hatchbacks, so a 1988 Chevrolet Spectrum sedan is now one of the rarest 1980s cars sold in the United States. This is yet more evidence that rare does not equal valuable. 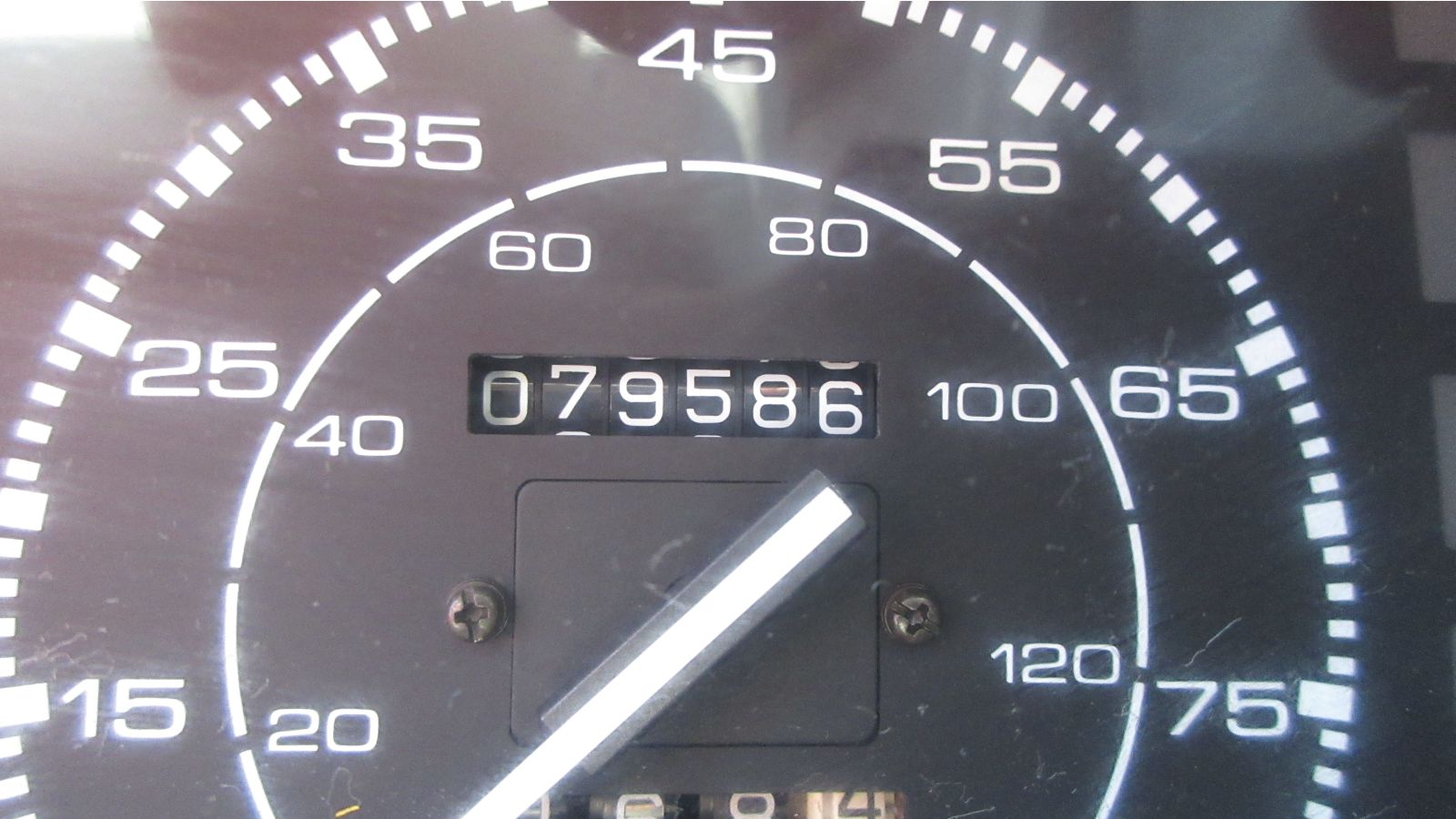 The interior looks non-thrashed, and the odometer shows a startlingly low reading for a 30-year-old Japanese car. 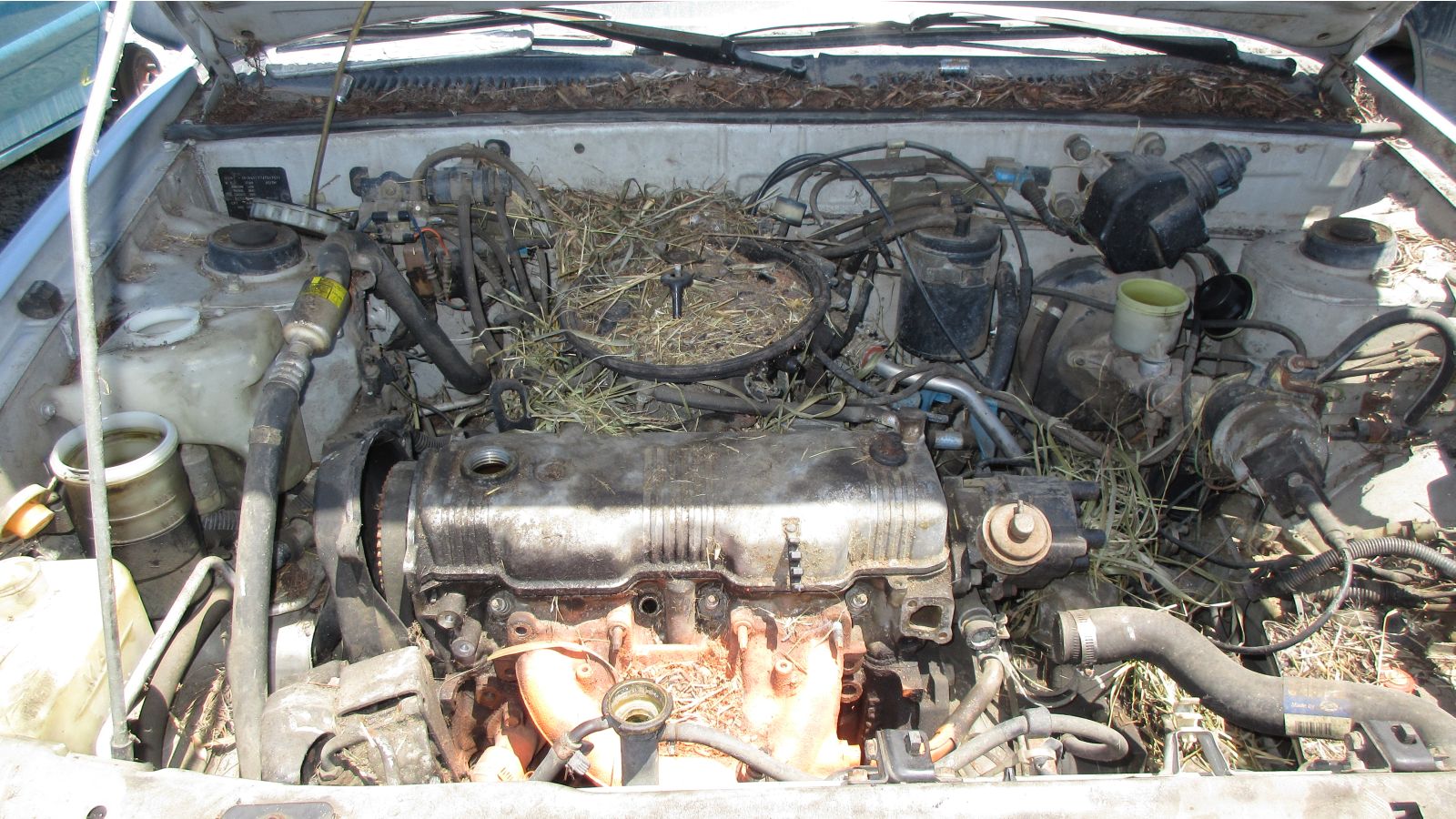 The buildup of rodent bedding in the engine compartment suggests long-term abandonment prior to the car's final ride to this place, possibly dating back 20 years. 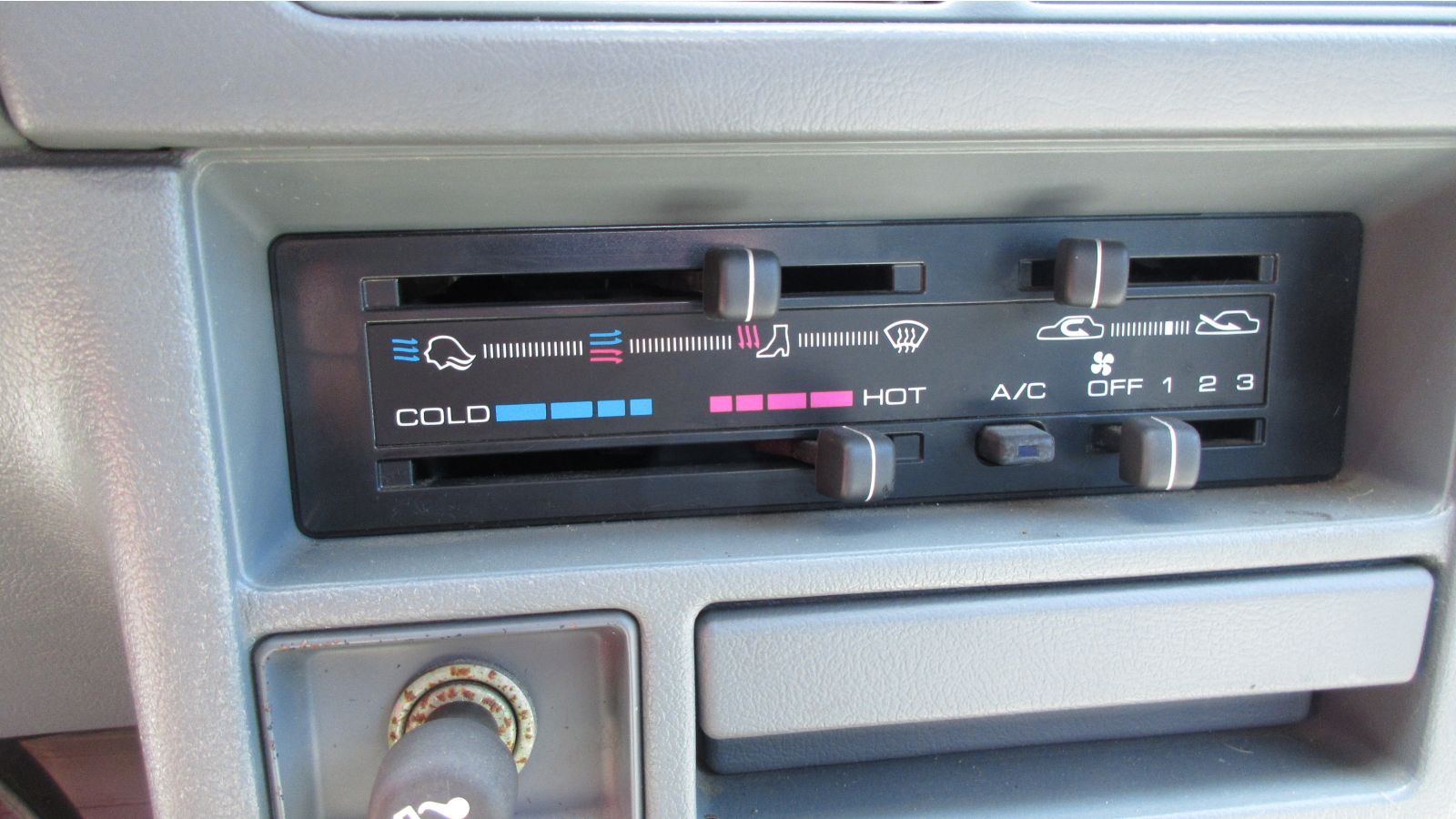 In keeping with 1980s design trends, the HVAC controls show vivid pink and blue colors, and the option to direct air at your feathered hair or your high-heeled boots. Perhaps the members of Poison owned this car. 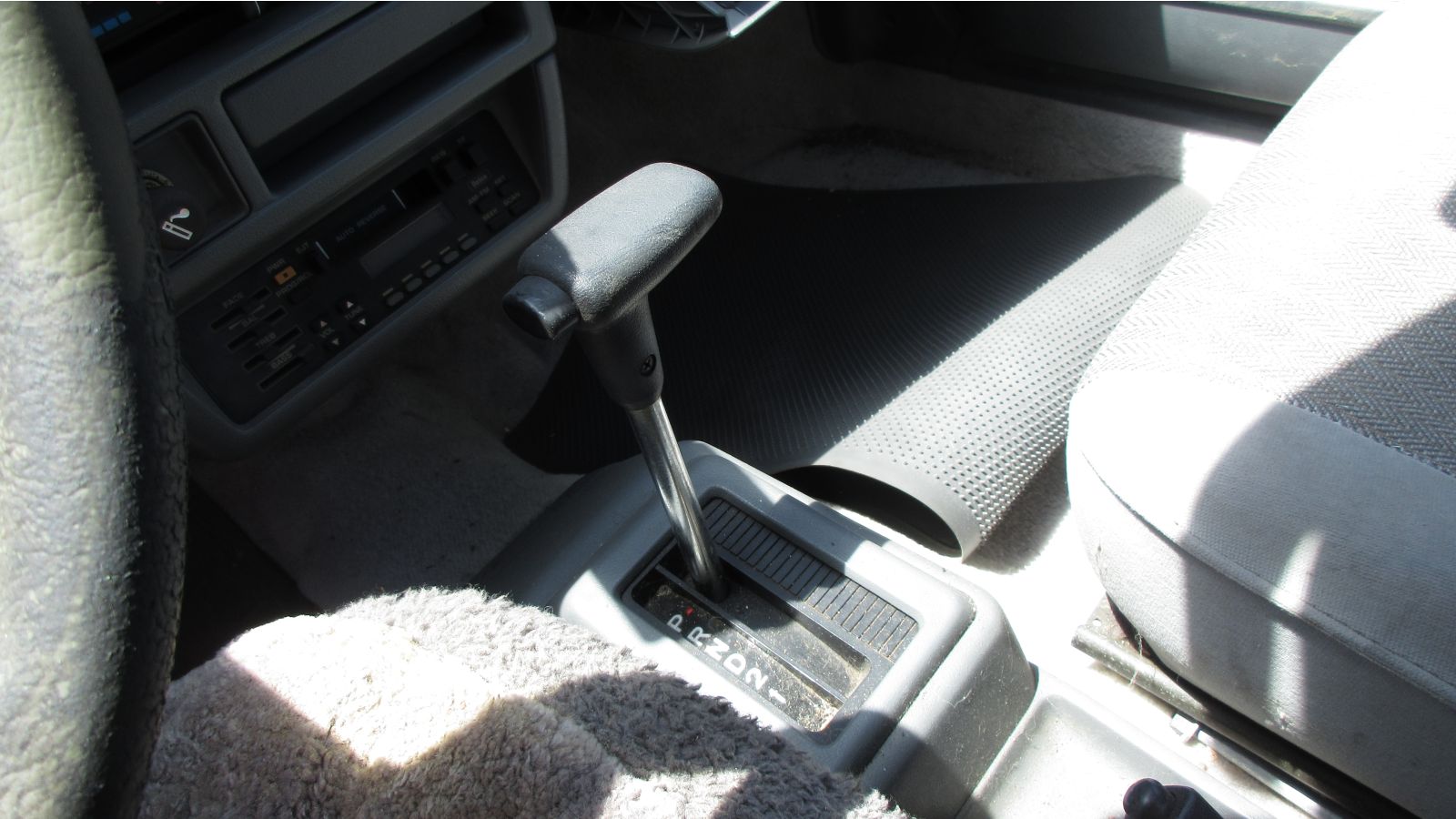 Most Spectrum buyers would have been too cheap to get air conditioning or an automatic transmission, but this car has both. You just never know what you'll find in the junkyard!


As slick as city rain.