Production of the Ford Taurus has surpassed 3 million units by now, 33 years after the first examples hit North American streets. Even its cancellation in 2006 couldn't stick for long. The first-generation Taurus was a phenomenal hit for Ford, and 1986 was the first model year for that revolutionary machine. Affordable Detroit sedans rarely get coddled past about age 20, so discovering a solid-looking ' 86 LX sedan like this in a San Francisco Bay Area self-service yard was a rare find (I also unearthed an ultra-rare junked '86 Taurus MT-5, complete with 5-speed manual transmission, last year). 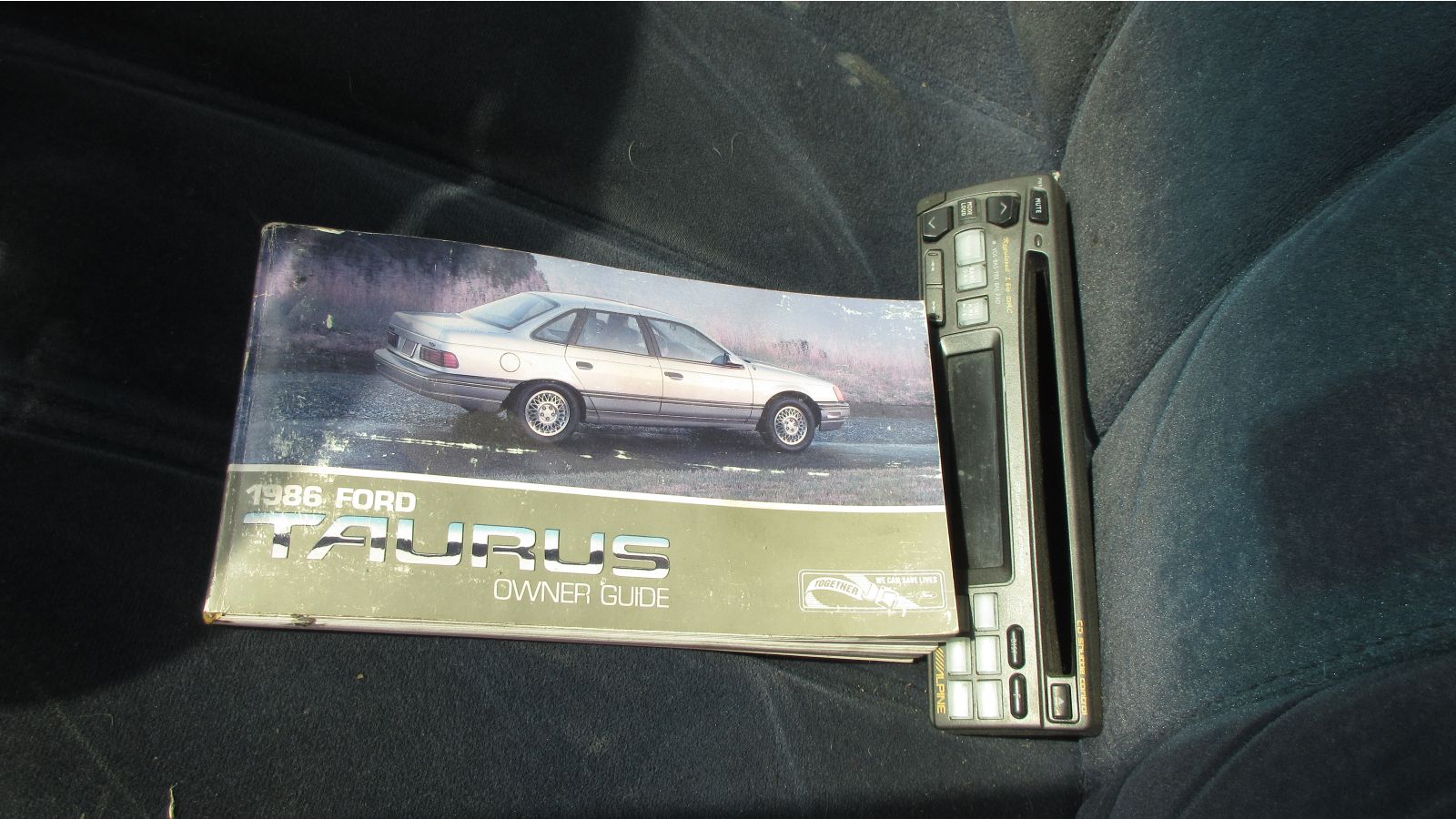 This car's owner or owners took good care of it, with the original owner's manual staying with the car for its long career on the road. 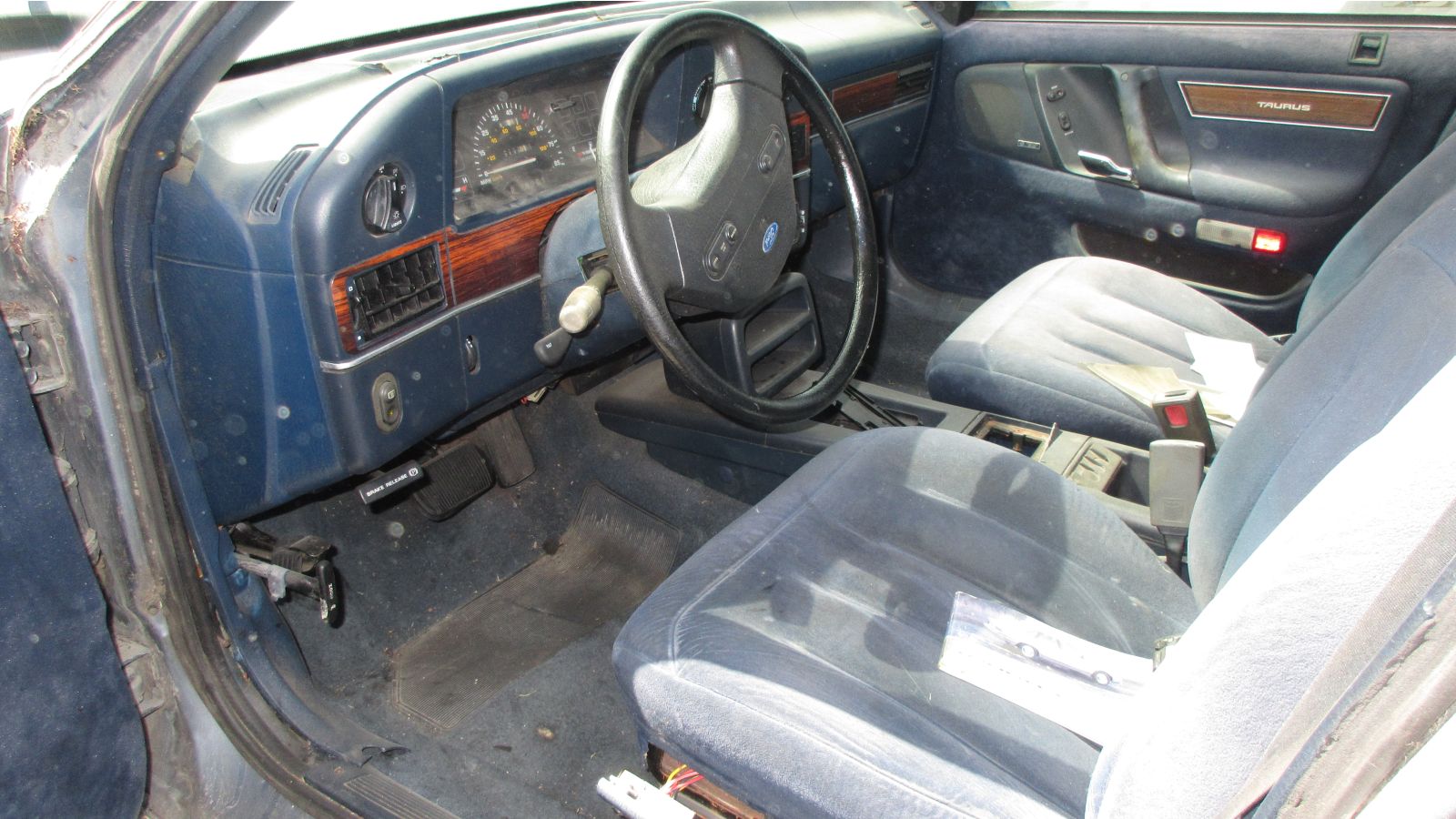 The blue velour upholstery looks good, indicating that the car was well cared for during its time on the road. 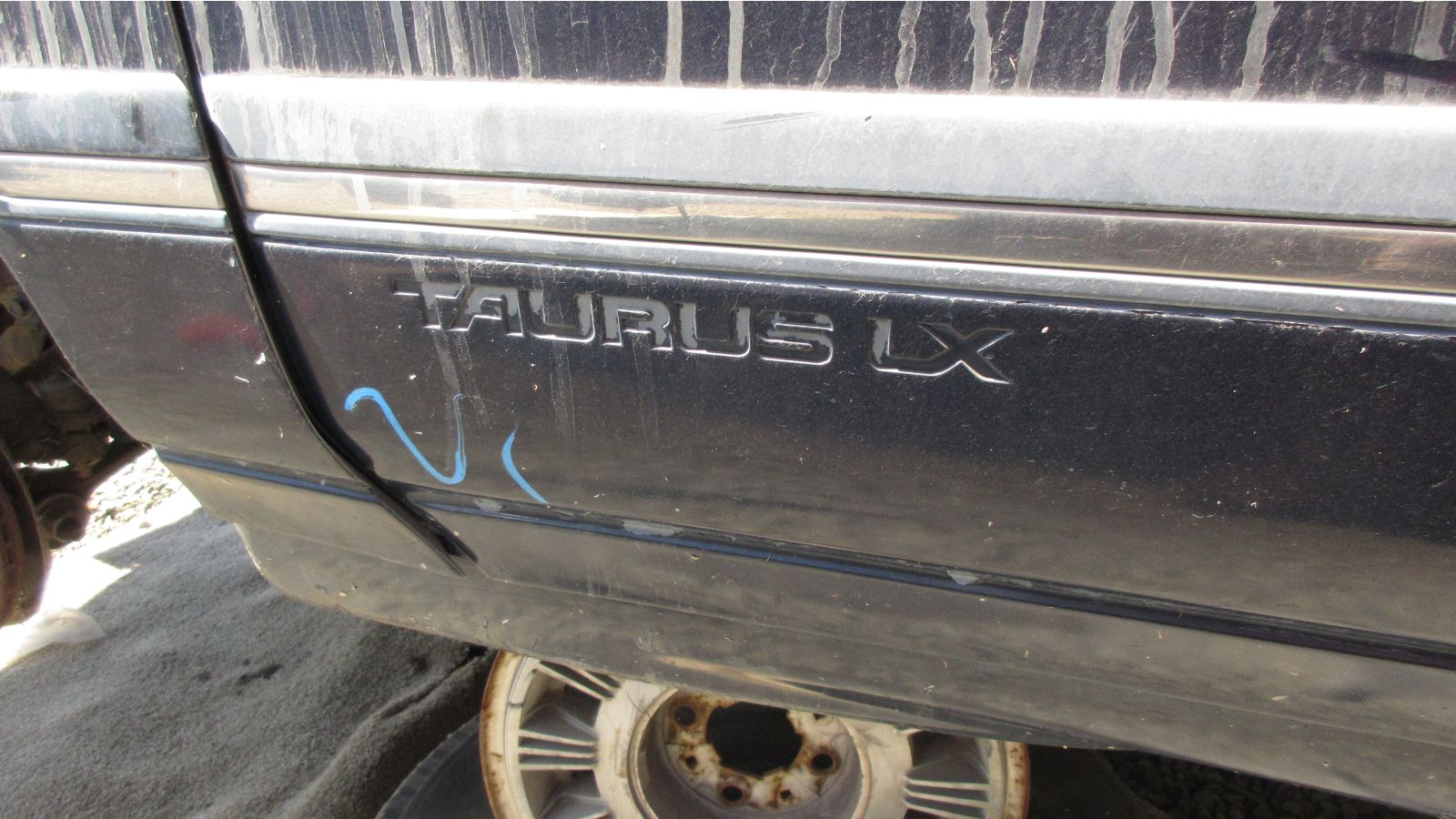 The LX was the top Taurus trim level for 1986. The V6 engine and automatic transmission were standard on the LX, along with the Premium Sound System (with cassette!), power driver's seat, and cruise control. 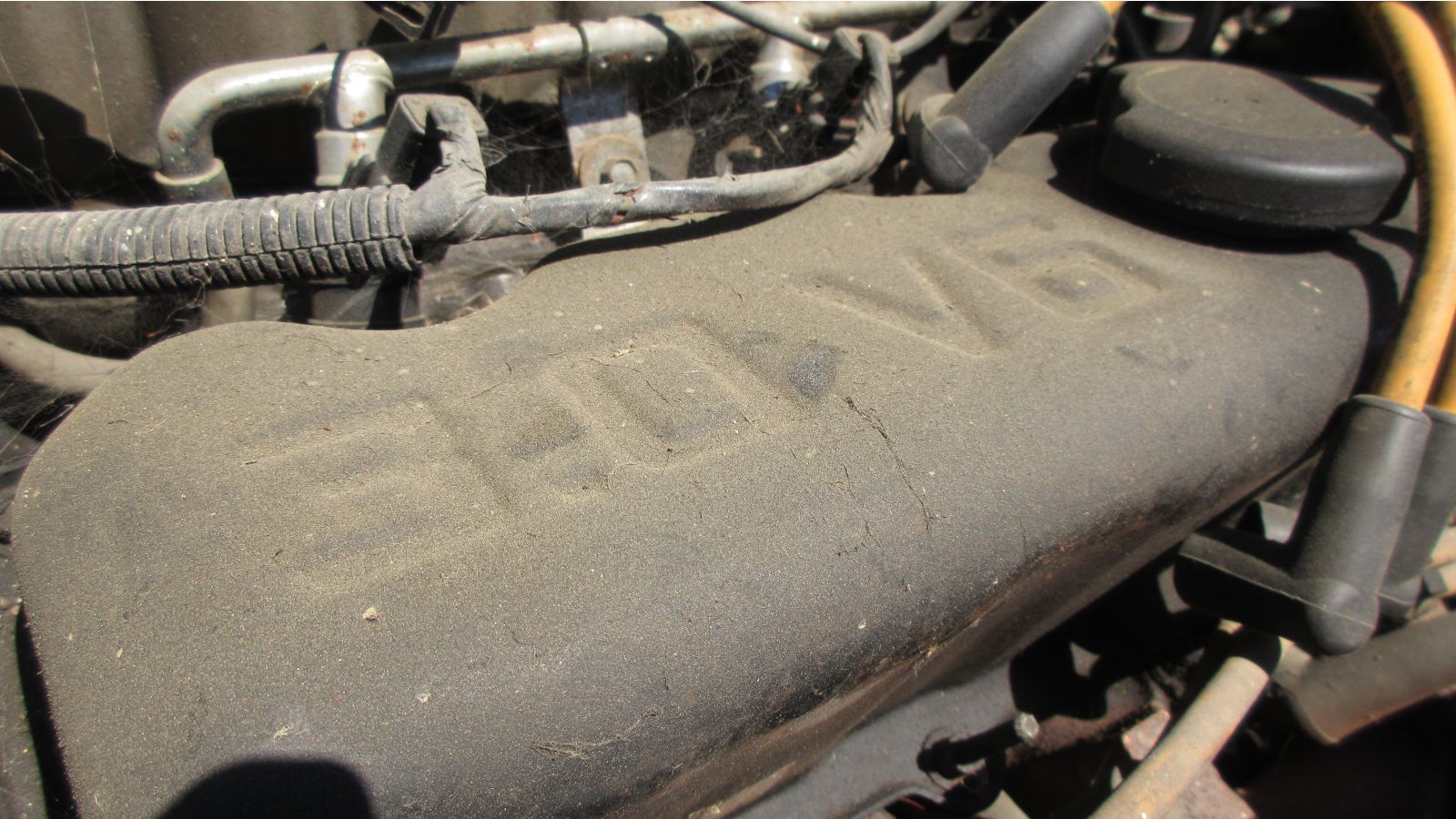 The 88-horsepower four-cylinder HSC engine used in lesser Tauruses was two-thirds of the 200-cubic-inch pushrod six of the 1960s. It got the job done, if slowly and noisily, but the 3.0-liter pushrod Vulcan V6 in this car made 140 horsepower and was the smarter choice. 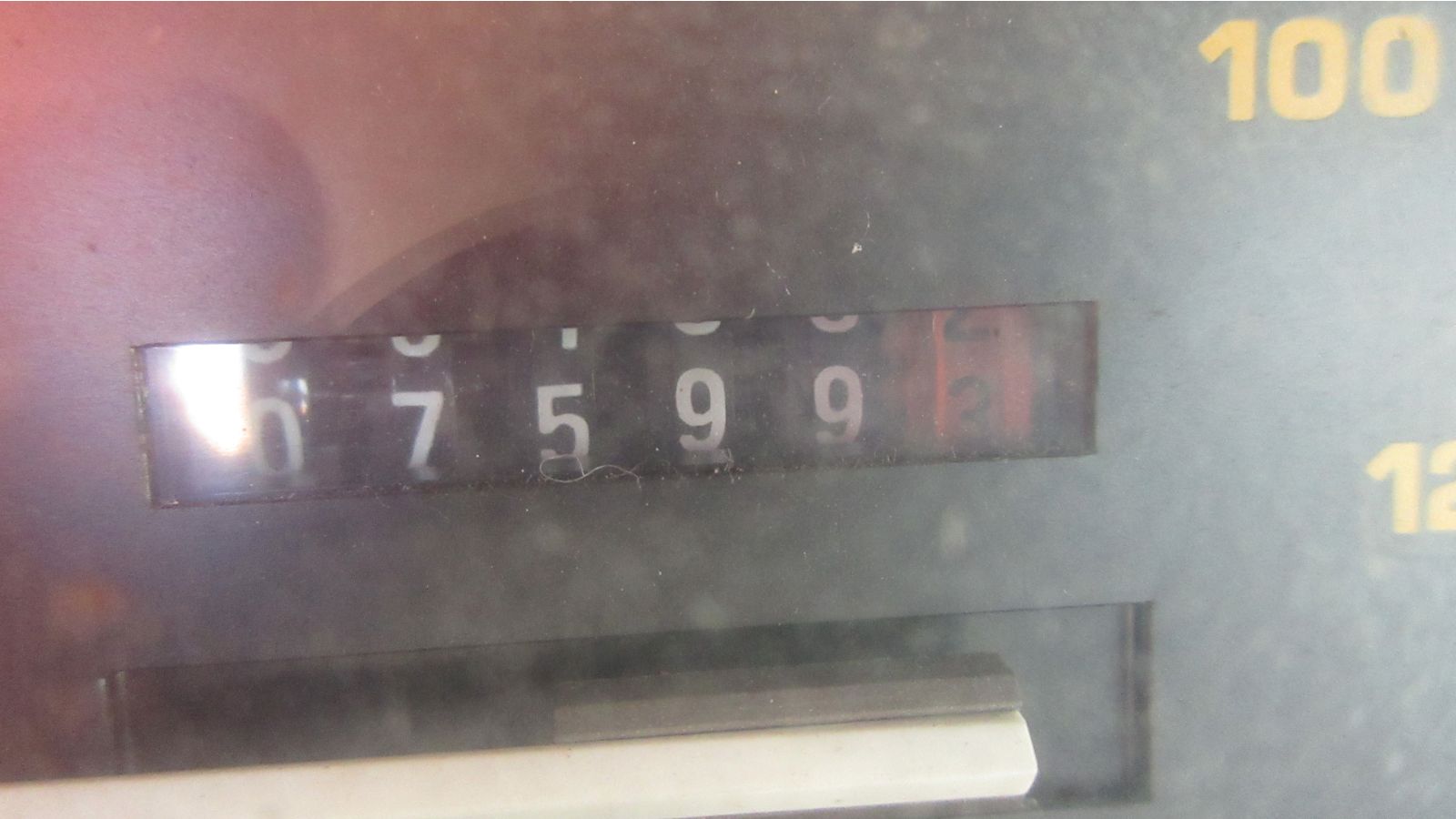 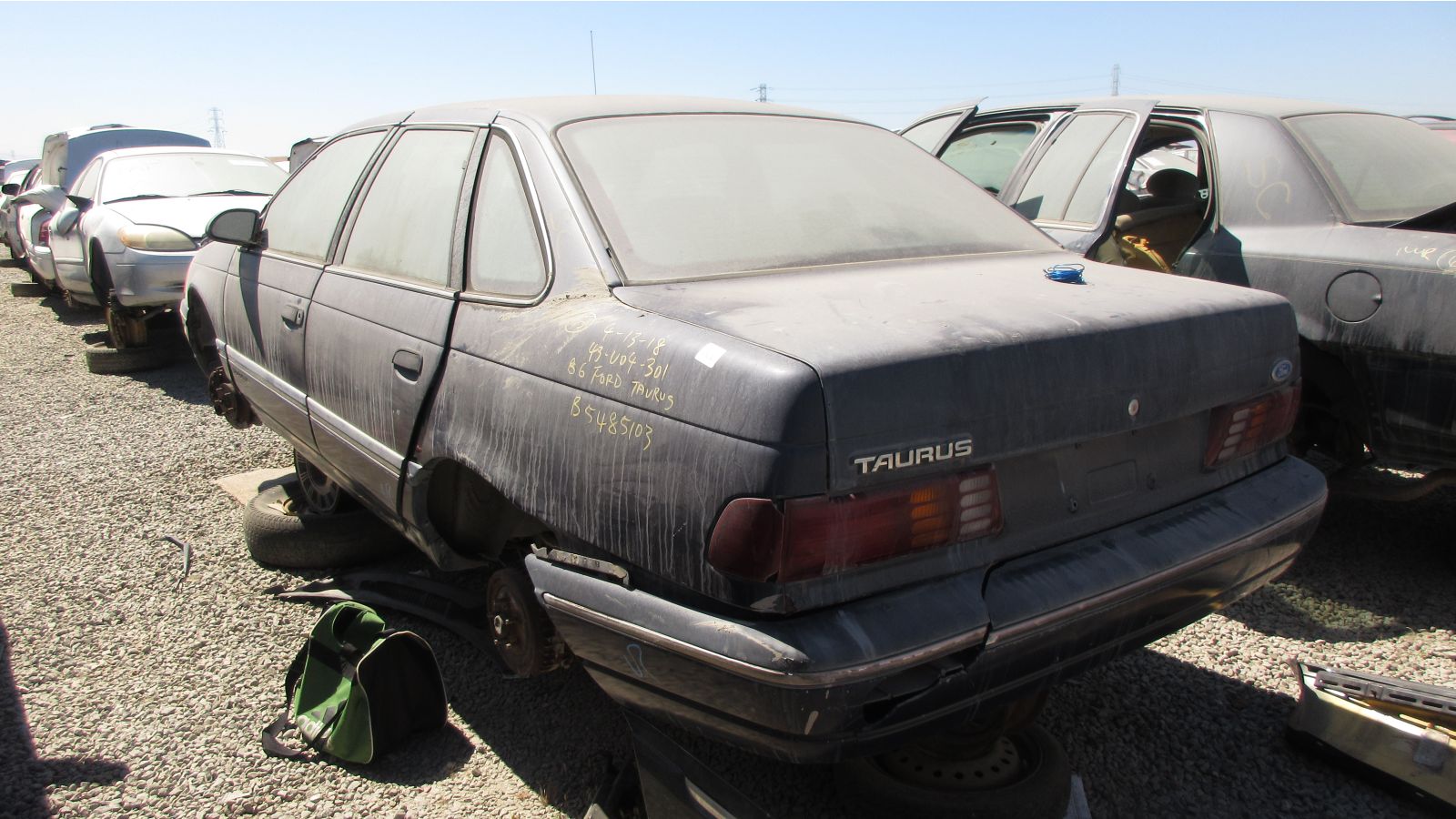 I was 19 years old when I saw a Taurus for the first time, and it looked startlingly radical by the standards of 1985, especially compared to the old Fox-platform LTD it replaced. Prior to that time, only the Audi 5000 looked as slick as this car... and 60 Minutes took care of that car's sales in 1986.