Our first look at it in natural light Though Chevrolet has shown us the 2019 Chevy Blazer midsize crossover SUV in carefully retouched photos and under stage lights, we haven't seen it in natural light until now. One of our spy photographers caught a few examples of the new crossover on public roads. They include the top-end Premier model and the more entry-level LT version.

Overall, we in the office agree that the Blazer looks better in its natural environment. The myriad creases are softened ever so slightly, making it look less busy. Also nice to see is that the Premier (seen in white) doesn't look overly bulky with its body color cladding. The LT also doesn't look too downmarket. In fact, it looks pretty much like the RS, but with chrome and smaller wheels.

The 2019 Blazer will go on sale early in 2019. The LT, RS and Premier trims are the ones we know of right now. There's a possibility of another low-end trim like LT also being available. The standard engine is a naturally aspirated four-cylinder making 193 horsepower and 188 pound-feet of torque with an optional V6 making 305 horsepower and 269 pound-feet of torque. Front-wheel drive is also standard with two all-wheel drive systems available. 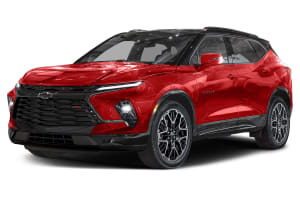 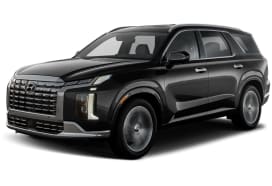