James Riswick
There will no doubt be endless ads touting the "first-ever" 2019 Lincoln Nautilus, which is accurate, but it's really just a mid-cycle update of an existing midsize luxury SUV attached to a greatly welcomed name change. Frankly, Lincoln could've called it the Diamond Jubilee Bill Blass and it would've been an improvement. Whatever. The MKX is dead. Long live the Nautilus.

Now, speaking of SUVs with silly alphanumeric names, the 2018 Cadillac XT5 lines up remarkably well with the 2018 MKX. Besides hailing from American luxury brands, they have virtually identical exterior dimensions and similar standard engines as well. Cross-shopping seems assured.

But what does the change to the 2019 Nautilus mean for how it compares to the XT5? Cosmetic changes might tweak exterior dimensions by a tenth of an inch here or there, but the interior should remain the same. The Nautilus gets a new engine, though, so check out our spreadsheet below to see if America's (and Canada's) luxury SUVs still stack up. 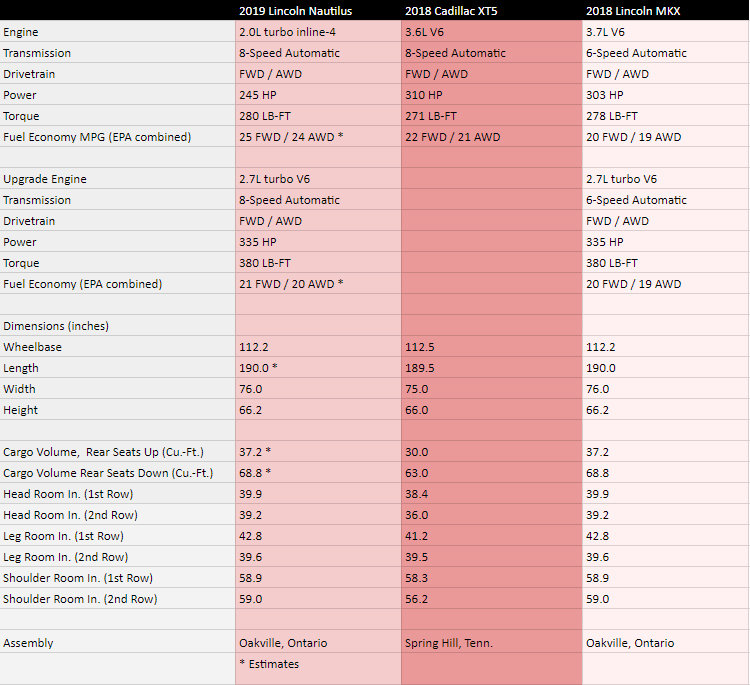 The switch to a turbocharged four-cylinder base engine means the XT5 and MKX/Nautilus are no longer on equal terms under the hood. While the Cadillac now has a considerable power advantage, the Lincoln Nautilus could save you hundreds every year based on its likely fuel economy (the 2.0-liter turbo engine, albeit with a different transmission, is in the mechanically similar Ford Edge). Besides the new engine for 2019, the Nautilus also gains an eight-speed automatic and an automatic stop start system. Both of those elements are already included on the XT5.

It was announced that the 2019 Nautilus will start at $41,335, which compares to the base MKX at $39,960 and the 2018 Cadillac XT5 at $41,590. In other words, the Lincoln is still less expensive, but just barely. Standard feature content is also comparable, especially as the Nautilus gains standard Apple CarPlay and Android Auto, which are already standard on the XT5.

So really, no matter what they're called, the Cadillac and Lincoln should continue to be neck-and-neck competitors. 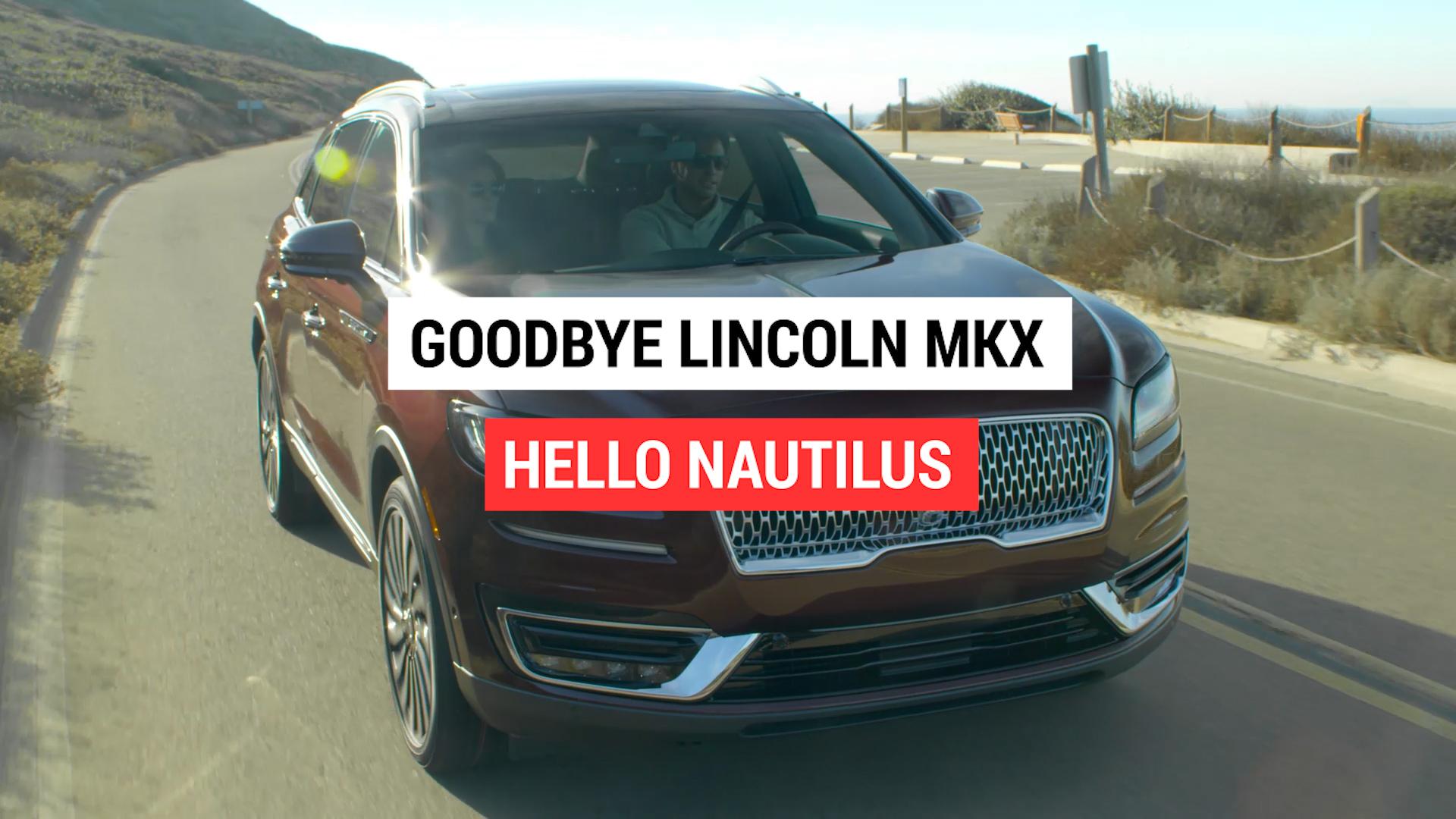