I went to Japan to drive cars, and fell in love with trains | Autoblog in Japan

We like going fast. Here's how to ride the bullet train

Christopher McGraw
Autoblog recently went to Japan to drive cars, ride trains, and talk to carmakers about automotive history and the future of transportation. This video is part of a larger in a series of special reports from Japan.

TOKYO — Even the most seasoned traveler walks off of a 13-hour flight in a bit of a fog. After landing in Tokyo and going through customs, I thought for a minute about taking an Uber to my first night's hotel rather than try to figure out what I thought must be an intricate, difficult maze of subway lines. When I looked up the expected Uber fare for the 52-minute ride, my jaw hit the floor. ¥27,000 before tolls, roughly $250. Not willing to spend more on a ride to my hotel than on the hotel stay itself, I looked up the cost of the train ride: ¥1320. Less than 15 bucks a person for myself and my two coworkers. The best part? The train was direct. No need to switch cars on the way. I was sold.

After traveling down a couple flights of escalators, we arrived at the ticket machine. Everything (well almost everything) about the transaction was simple. Above the machine was an alphabetical list of stations and the fare it took to get there. On the touchscreen itself, there was a button for English, and from there it was as easy as an ATM. Speaking of ATMs, try to visit one before you get to the station (the best place to find them in Japan is inside one of the many 7-Elevens) because the one downside to train travel is that the machines only take cash.

After a 77-minute train ride and 5-minute walk in the misty Japanese evening, we were at the hotel, (the quirky Moxy Tokyo, which we picked for being just a short train ride from Subaru's world headquarters). Upon seeing my bed, I passed out for the next 10 hours.

I have taken trains in Switzerland, London, Denver, New York, Chicago, even Los Angeles to get in, out and around the city, and the trains in Tokyo put them to shame, though New York City comes closest in the U.S. (though it's the piss smell and rats that ruin it for me). Even the Swiss trains come in second place, mostly due to the vast array of lines and quick times in Tokyo vs the one line I've used from the Geneva Airport. But this isn't a competition, because while each train has a varying degree of usability, comfort, and reliability, in most cities I would much rather ride a train than drive. I assumed Tokyo, a metropolis that nearly 38 million people call home, would be the same way. I found out quickly the next day, riding in the back of a Subaru WRX S4, that I was right.

After skirting around a language barrier with the receptionist at Subaru Headquarters the following morning, Senior Green Editor John Snyder, Associate Producer Alex Malburg and I climbed into our WRX press car and pulled out of the underground garage onto the streets of Ebisu, Japan. On the right side of the car, and the left side of the road, John piloted the WRX down narrow streets while I attempted to navigate from the back seat. With skyscrapers as far as the eye can see, and roads on multiple levels, Google Maps has a hell of a time figuring out where you are, and unless you read Japanese, the signs won't help much either. This, coupled with the fact that every time you get on the highway you have to pay a toll, means that a wrong turn won't only cost you time, but a considerable amount of money as well. In fact, our 90-minute drive cost us the equivalent of $36 in tolls.

All aboard the bullet train

Of course, pinnacle of Japanese rail travel is the Shinkansen, or as it is known in the States, the bullet train. This train began running in 1964, the year Tokyo last hosted the Summer Olympics and traveled between Tokyo and Osaka. In the 54 years since, the train has yet to have an accident. The Shinkansen operates at speeds up to 200 miles per hour, though it has been tested at 275 miles per hour on a regular track, and the maglev variety has hit 375 mph.

Our trip, from Tokyo's Shinagawa Station to Kyoto, stopped twice between our origin and destination. It hit speeds north of 160 miles per hour (measured on a GPS speedometer app) and took 2 hours and 10 minutes to travel over 250 miles. The Shinkansen is truly the best way to travel. If Elon Musk's hyperloop is half as enjoyable, it'll be a treat (though without a view).

The bullet train is much more expensive than a regular train ticket, with a fare of ¥14,000, or around $130 (but you can use a credit card). It's comparable to the same distance and price I've paid for flights from Detroit to Chicago at half the speed, but without the hassle of having to arrive at the airport early to get through security.

It's a comfortable and entertaining ride, too. It's smooth and quiet. There's more than enough legroom, and reclining the seat won't bother the person behind you. You can stand up and walk around to stretch your legs, or just to get a better view out one of the windows. The Tokyo-Kyoto Route hugs the sea, and the other side of the train gets a spectacular view of Mount Fuji.

But we three American travelers were probably most excited when a vendor came down the aisle with a cart of beverages and snacks. There's not much that can make a ride on a speeding bullet train more exciting, but cheap beer and ice cream did the trick.

Oh, and you need your ticket not just to get in, but to get out of the station after the ride. If you do what John did, though, don't panic. The resourceful people at the Fare Adjustment counter can check their records and (probably) issue you a get-out-of-jail-free card.

Look, I love cars. I will gladly hop behind the wheel of almost anything and take it around a track or cruise wide-open country roads. But if I could get around everywhere as easily as I did in Tokyo, I would sell my cars and never look back. Once the infrastructure is in place, trains are a better transportation alternative in almost every way. They're cleaner, less stressful, more efficient and better for the environment. And, like cars, they're able to capture the imagination. In Japan, trains can turn any trip into a journey, whether it's speeding you across the landscape or taking you underground to resurface in a place you've never been before.

For more about how to ride the Shinkansen, check out the video above. Also be sure to check out the rest of Autoblog's videos from our recent Japanese adventure. 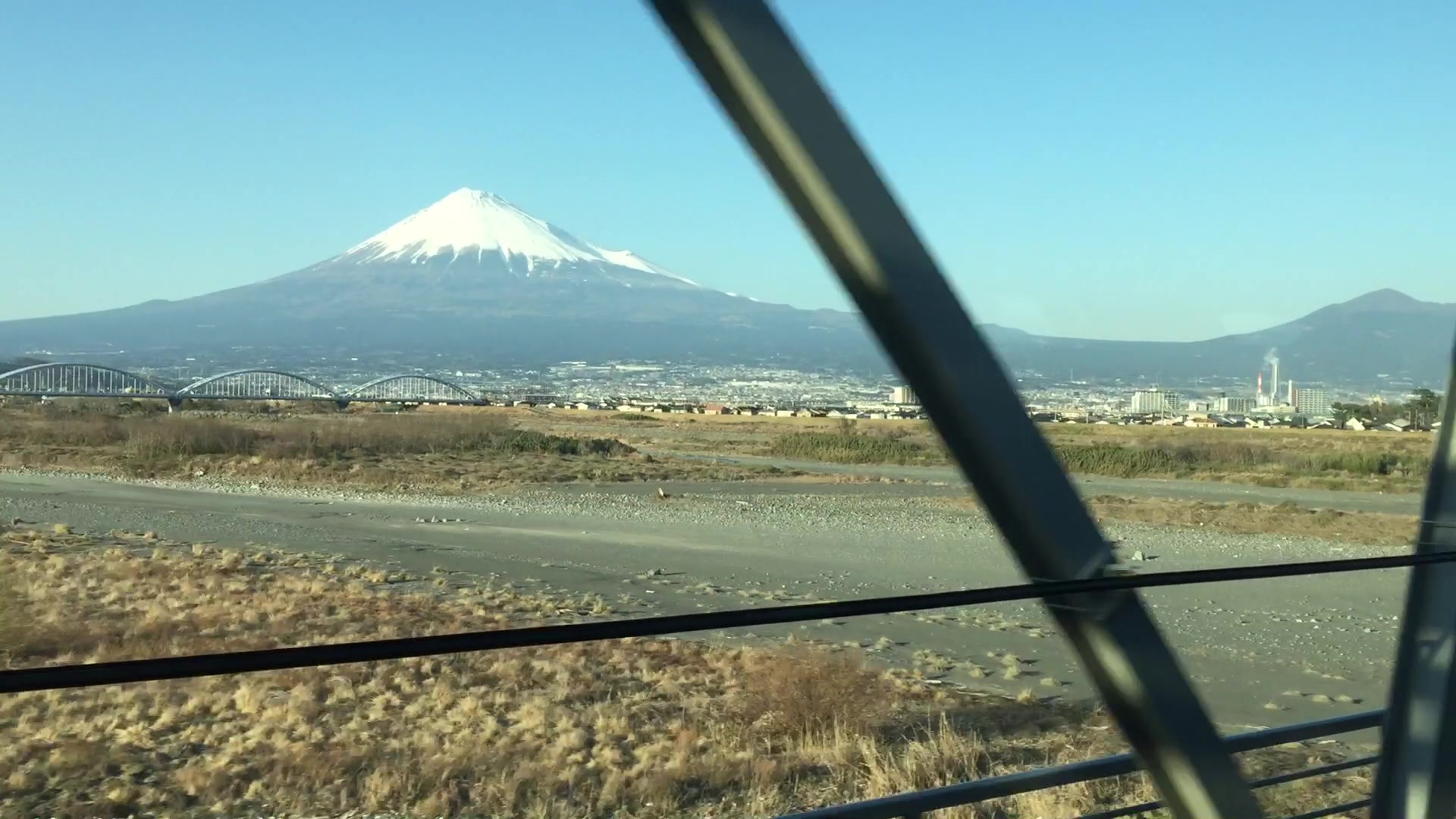