Enormous 1977-79 Ranchero was a sibling to the rococo Thunderbird

For the 1957 model year, Ford made a pickup truck based in its Custom Sedan full-size car, called it the Ranchero, and sales success followed. For 1960, the Ranchero went to the much smaller Falcon platform, with each successive generation of Ranchero growing a bit as the years passed. For 1977, Ford put the Ranchero on the same platform as the massive Thunderbird, with the front bodywork from the LTD II. The result was a comfy-riding personal luxury coupe with a truck bed, and sales were brisk. Here's a used-up '79 in a Northern California self-service wrecking yard. 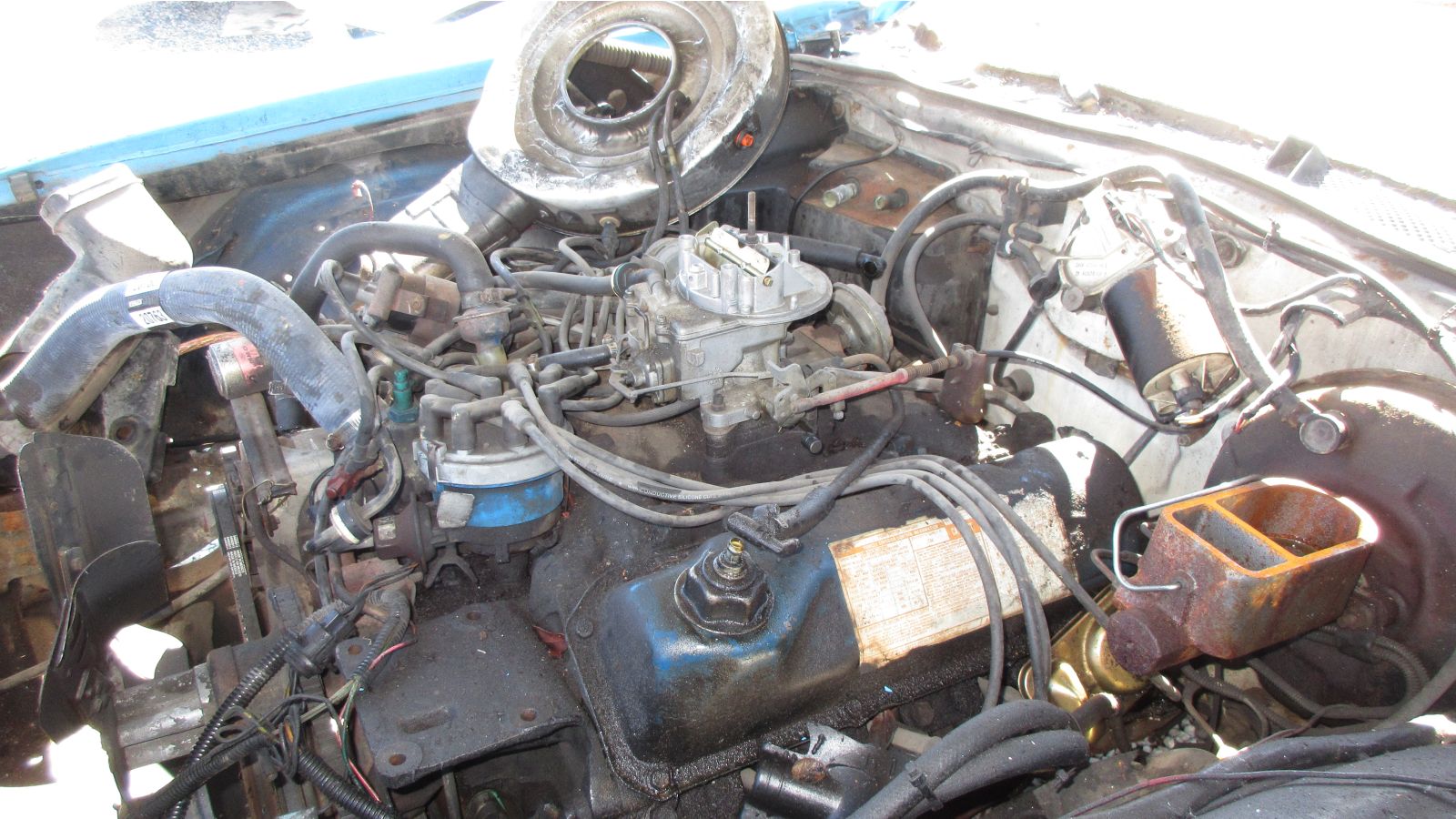 Horsepower levels were grim in 1979, across most of the industry but particularly with once-powerful Detroit V8s. The standard engine in the '79 Ranchero was a 134-horse 302, but the original purchaser of this cartruck— or maybe a late engine-swapper— opted for the 162-horsepower 351 Modified. 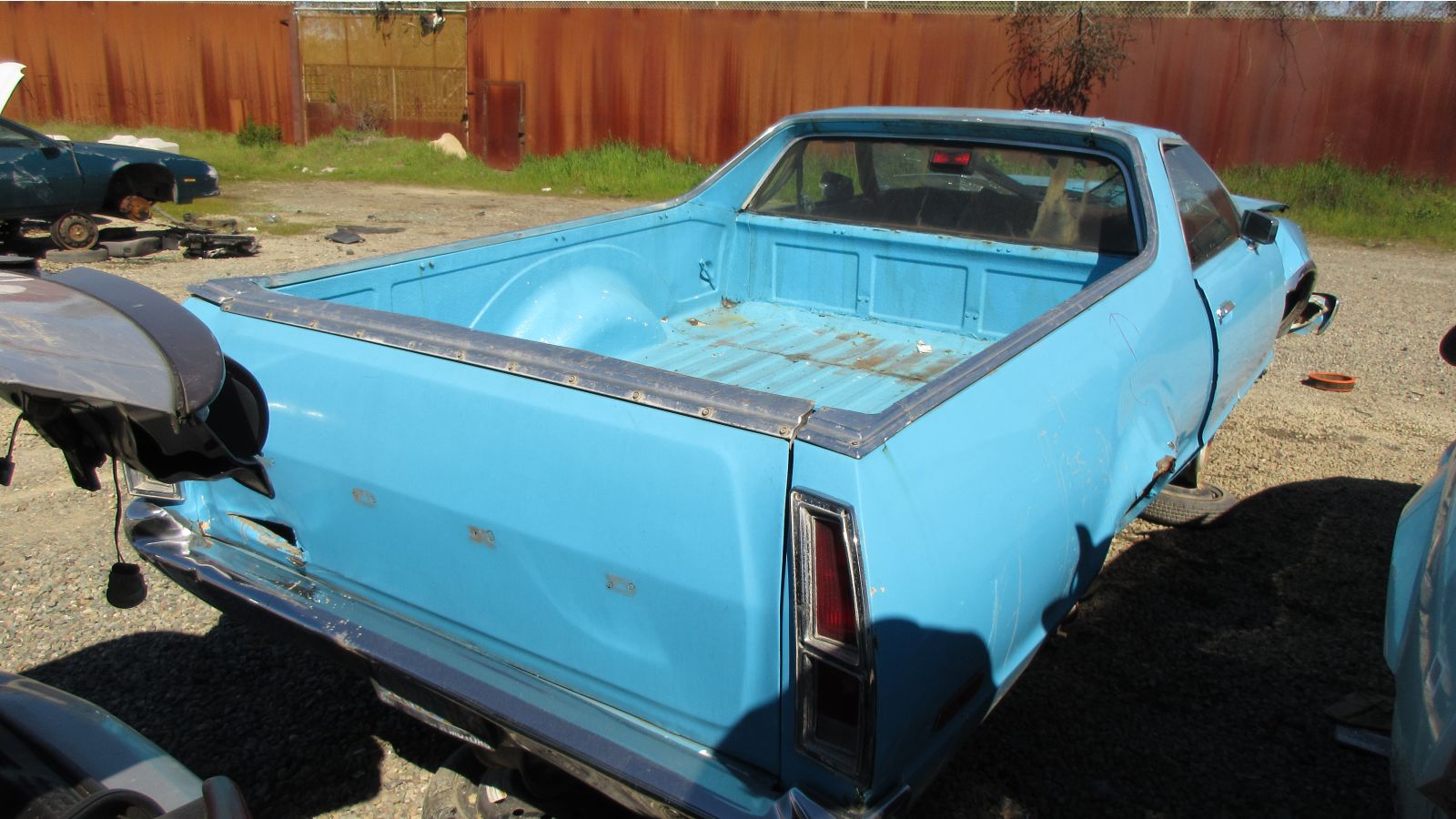 With a curb weight just a hair under two tons, the 1979 Ranchero was on the sluggish side, and fuel economy was ill-suited for geopolitical events of the time. On the plus side, the ride was much nicer than that of a new F-150, though at the expense of durability and load capacity. 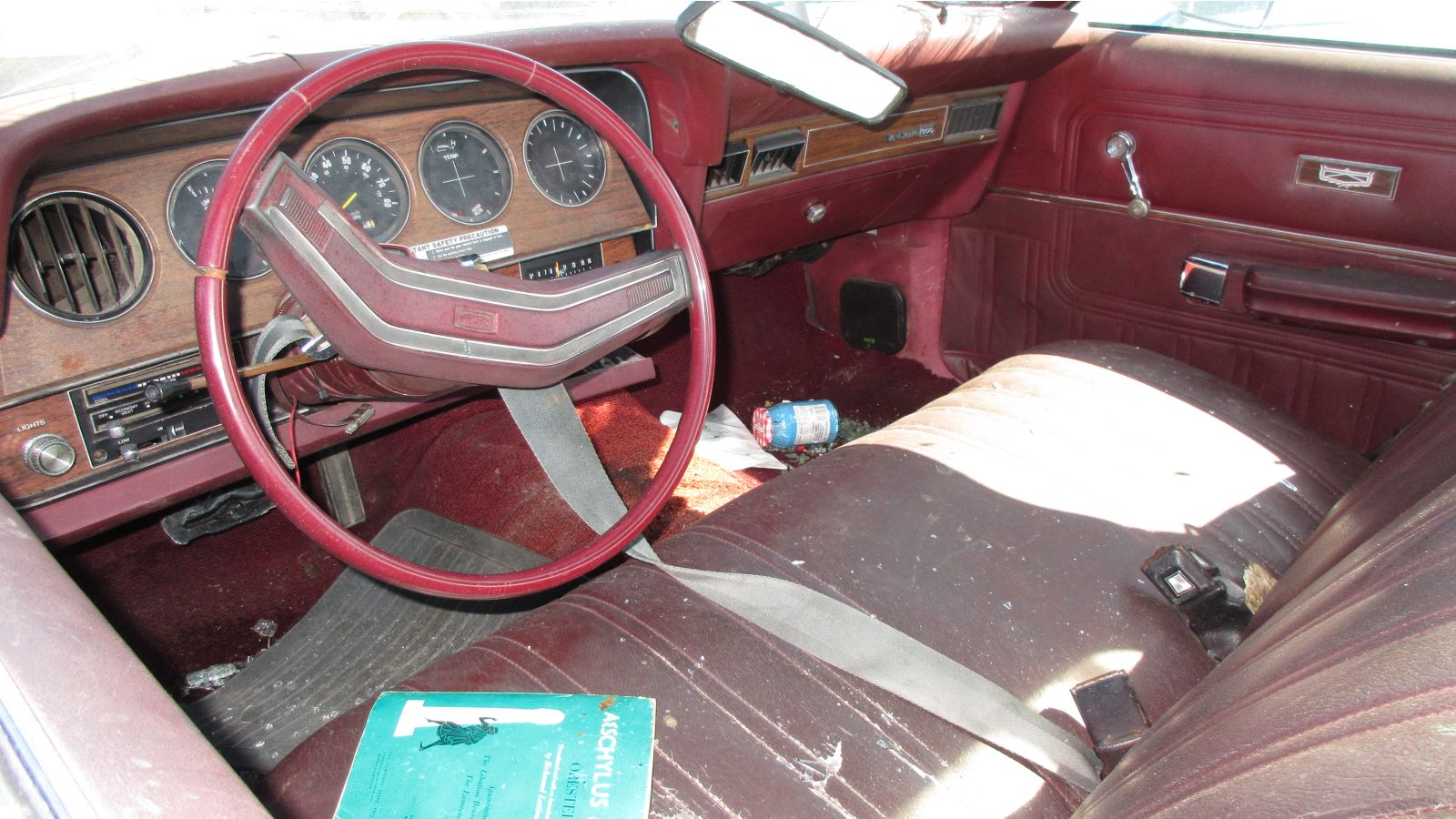 The interior of this one is a symphony in Bordello Red plastic and vinyl. Ford called this interior color "Russet." 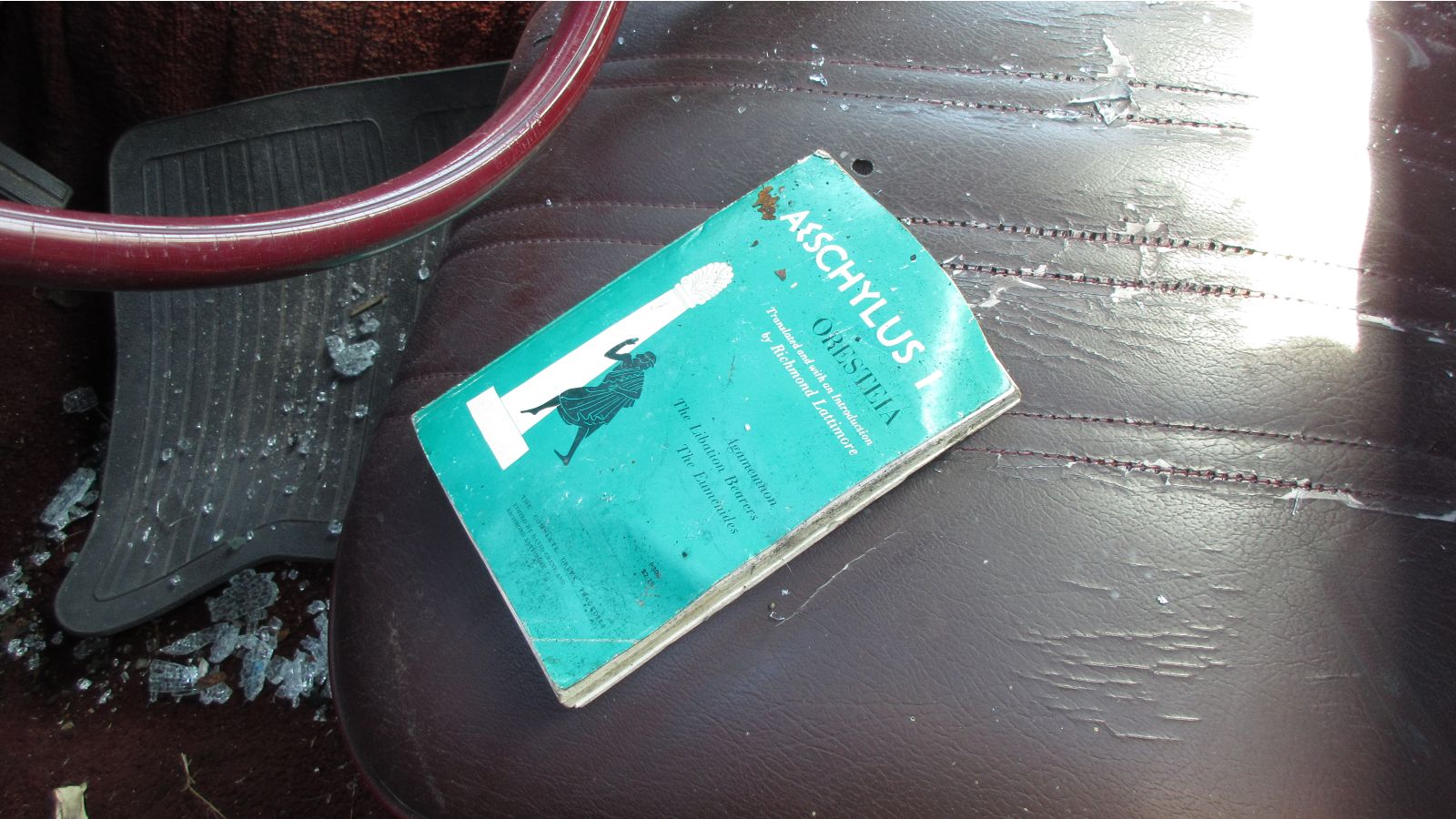 You might not have expected the driver of a 39-year-old Ranchero to be a fan of ancient Greek tragedies, but there's a book by Aeschylus on the front seat. 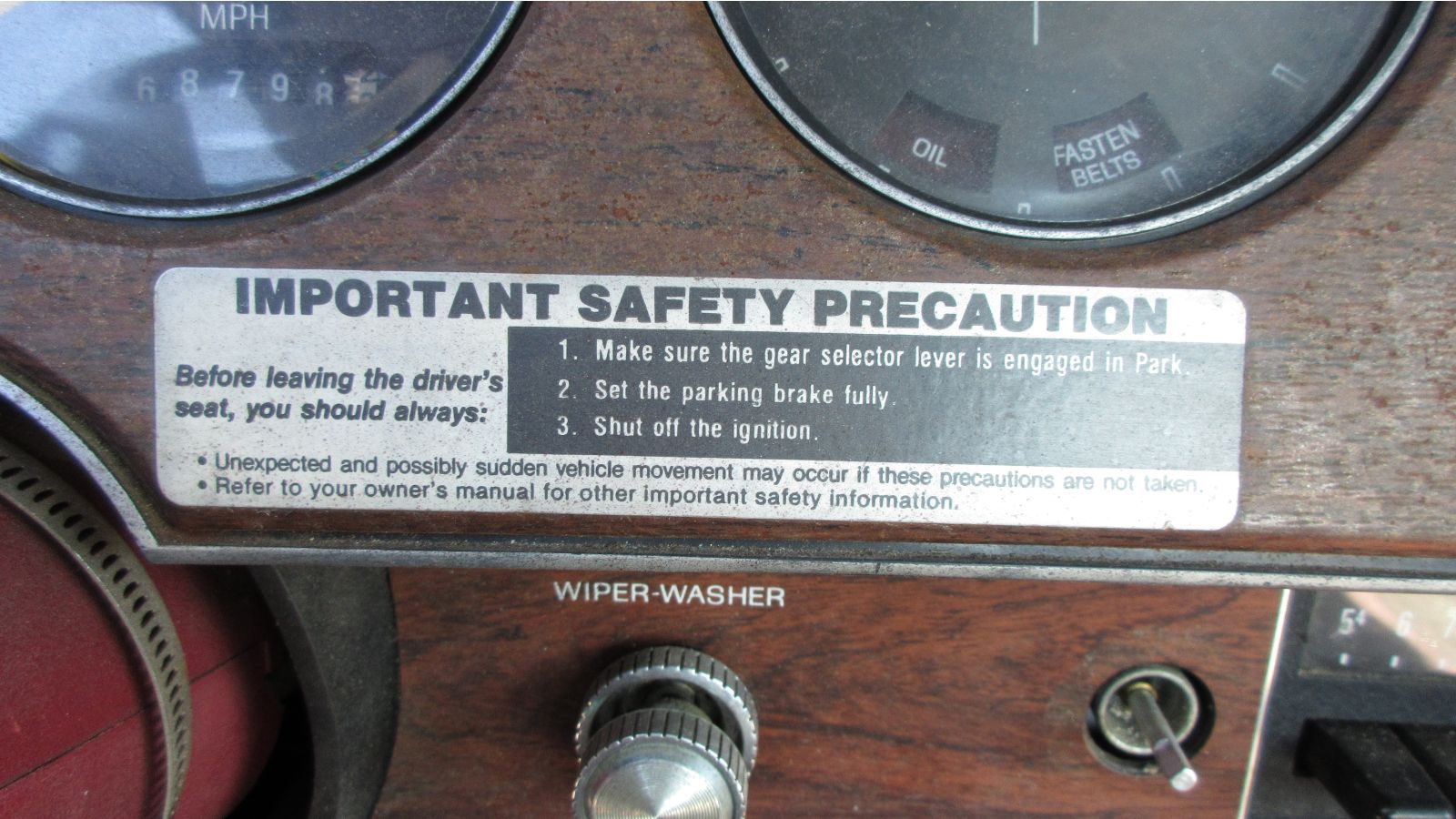 There's an interesting bit of history stuck to the dashboard: the warning label prompted by the infamous "park-to-reverse" transmission problem (in which cars at idle would self-shift from Park to Reverse on their own). The Reagan administration saved Ford from probable bankruptcy by allowing the company to send out these labels instead of recalling 23 million affected cars. 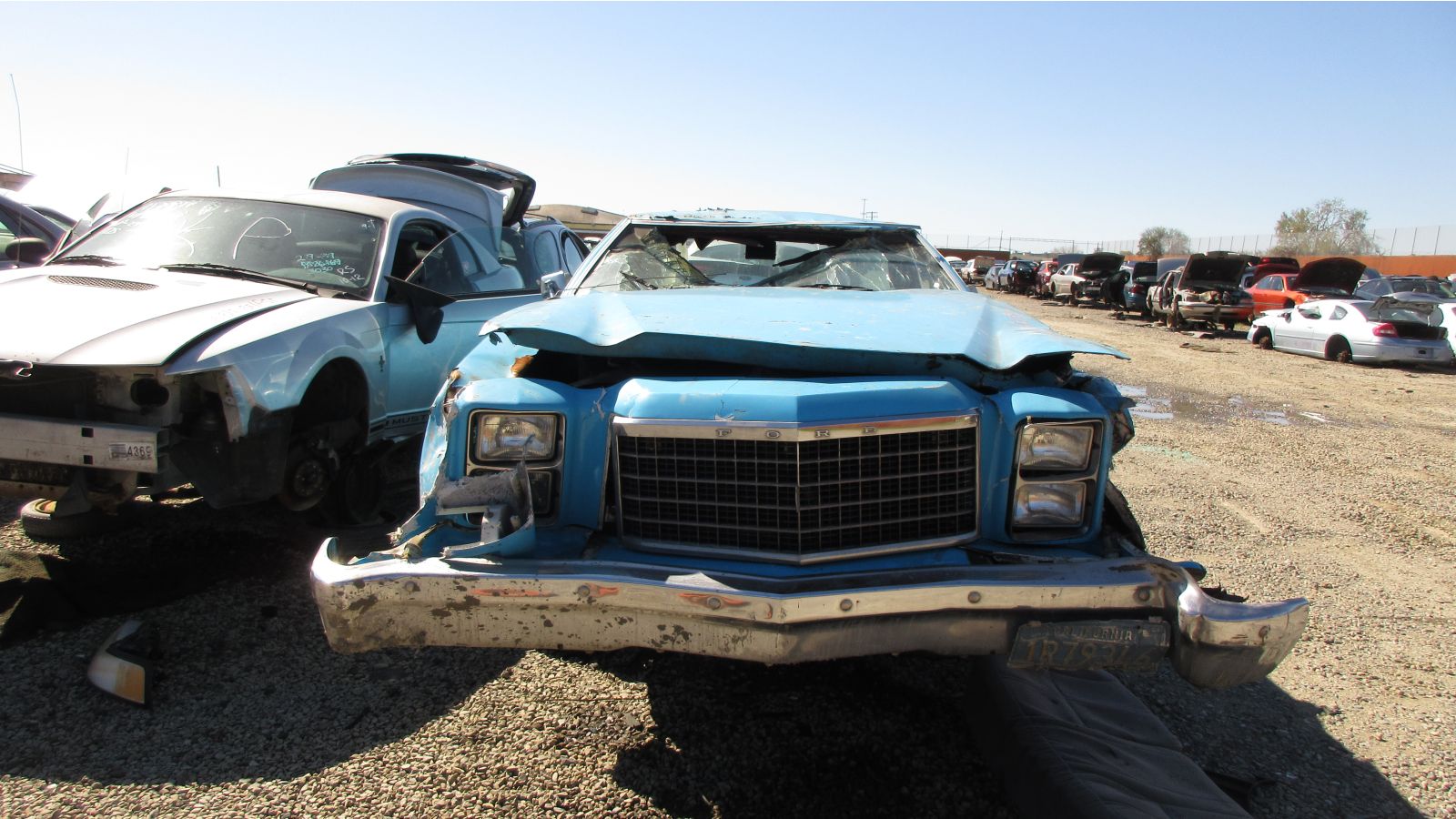 This one got crashed hard, and the ignition key is still in the lock, so we can assume that it went from the crash site to the wrecking yard with few stops in between. 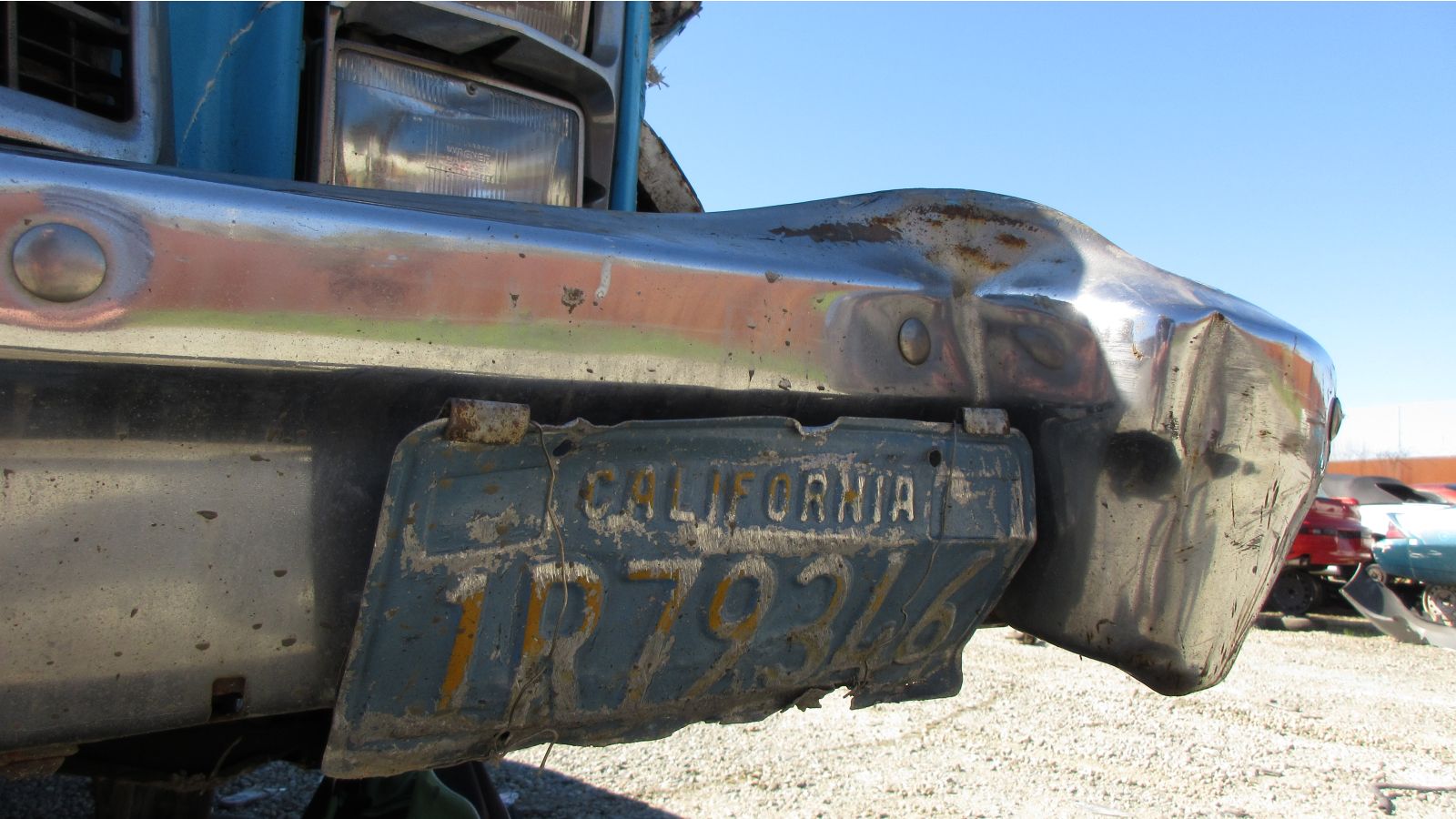 The seven-character yellow-on-blue California license plates came out in 1980, and this is an early one. Possibly the car was bought out of state and moved to California while still young, or maybe its original plates were stolen (a common occurrence in the Golden State, where car registration is sufficiently challenging that some entrepreneurs sell no-questions-asked license plates and tags in DMV parking lots). 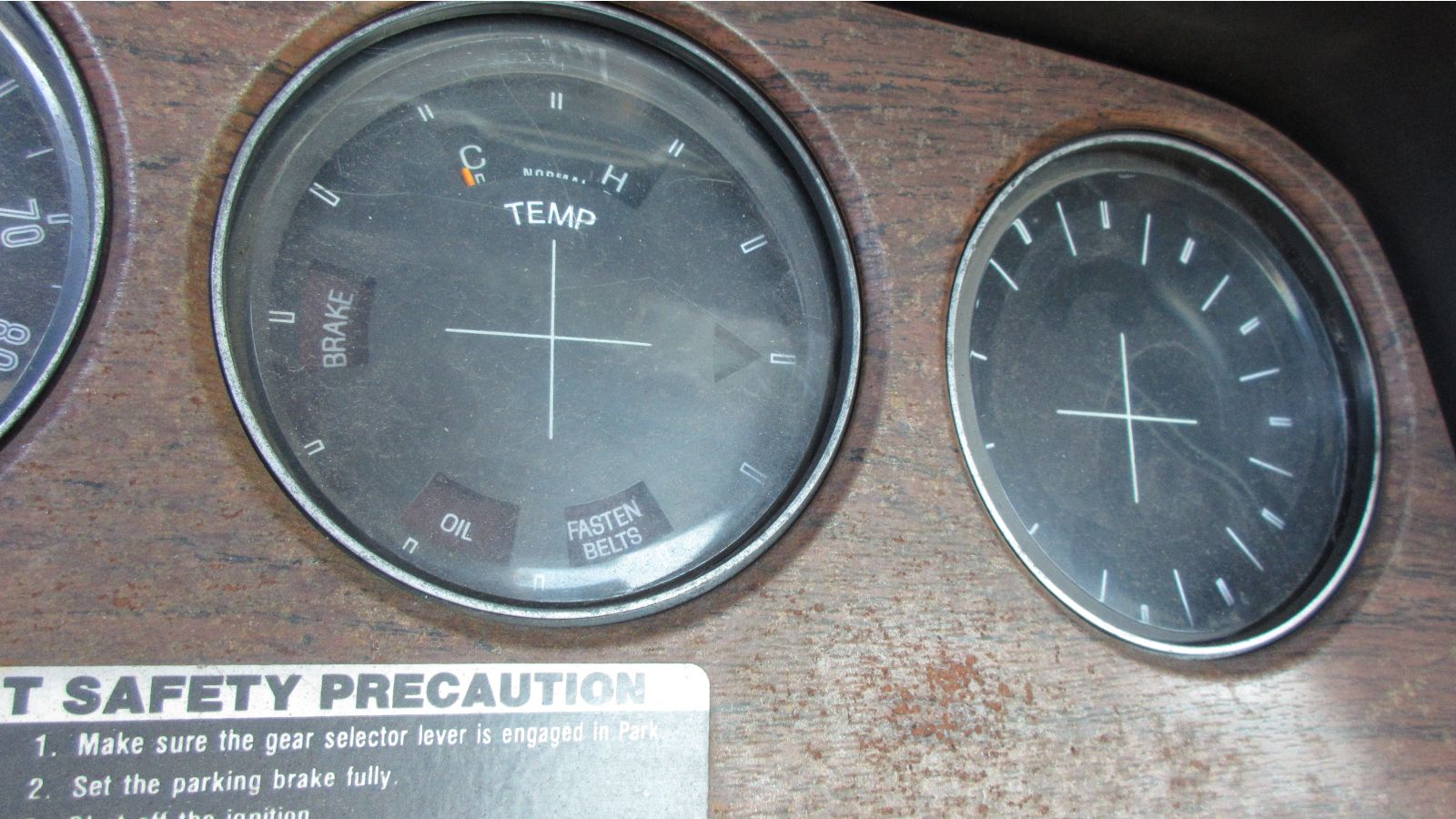 No tachometer, no clock, and the low-end AM radio instead of the high-zoot AM/FM/8-track. Still, a good-looking and comfortable daily driver for its time. Enough of these cartrucks have stayed on the road for enough time that I still find a few in wrecking yards to this day.

Since the 1977 Thunderbird was mechanically identical to the 1979 Ranchero and shared much of its interior, let's watch Cheryl Ladd fly one.