How long ago was 2009? Well, the " Fast and the Furious" franchise was only four movies in. Snapchat and Instagram weren't even invented yet, and people were paying $50,000 over sticker for the new Nissan GT-R, which was the hottest thing to come out of the Japan since the spicy tuna roll. 2009 was basically a lifetime ago. But somebody has forgotten to tell Nissan.

While the automaker has been busy merging with Renault, buying Mitsubishi, chasing electric-car glory with the Leaf and creating a gaggle of cute crossovers, it has forgotten all about its sports cars. The automaker is still cranking out essentially the same GT-R and the same Z-car it introduced nine years ago. Godzilla and the 370Z's advanced age has not been lost on America's enthusiast. GT-R and 370Z sales have dwindled to laughable levels.

According to Natalie Roe, senior manager, chief marketing manager at Nissan, Americans bought just 3,200 370Zs in the company's last fiscal year, and the GT-R is averaging 40 to 45 sales a month. Roe refused to talk about future product plans or how long both cars can survive at such small volumes. As far as we know, Nissan is still not working on a next-generation GT-R or Z-car. She did, however, talk up both sports cars and the enthusiasts who continue to buy them. 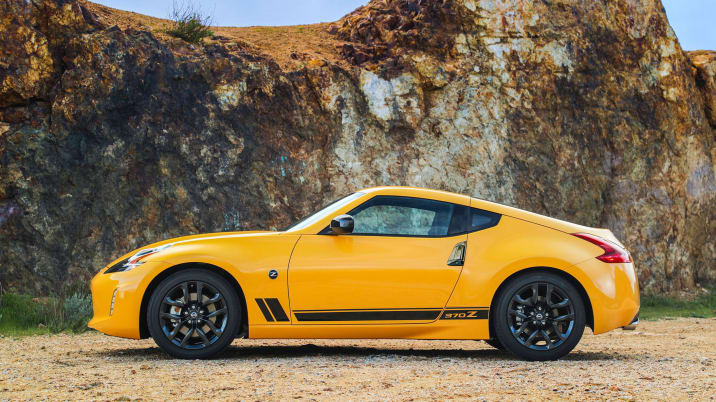 "We see a market there," Roe told us at a recent Nissan press event in Hollywood, which was in connection with the world premiere of " Solo: A Star Wars Story." Coincidence? We think not. "We see huge owner loyalty with these cars," said Roe. "It's our heritage. It's what we're built on. Both cars, especially the Z, have a huge following. There are still people that want them."

In an effort to entice a few more loyalists, this year Nissan created an entry-level version of each. The 2018 Nissan GT-R Pure sits below the Premium, Track and Nismo versions of the all-wheel-drive sports car and stickers for $99,990 before the $1,695 destination charge. That's more than $10,000 less than the Premium model. To get the price down. the Pure does without the Premium's active noise cancellation and active sound enhancement, its Titanium exhaust system or the Bose audio system. 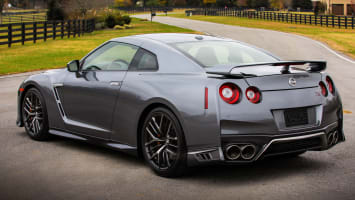 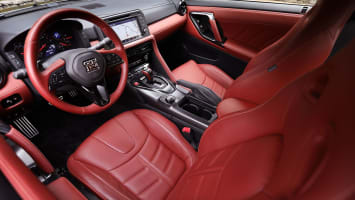 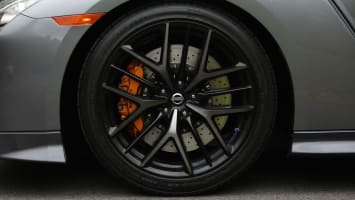 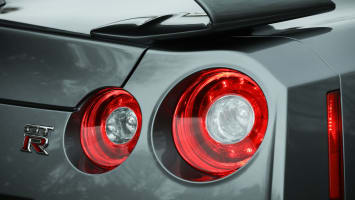 But a quick drive in a 2018 Nissan GT-R Premium tells us that Godzilla still has a little fire left in its breath. Nissan has tweaked the old girl's suspension, interior and other bits over the years, and the GT-R does feel more modern than we remembered. The steering is lighter than it used to be, which helps hide the sports car's 4,000 pounds, and the ride is far more comfortable than in earlier iterations. Along the way Nissan has also moved the GT-R's paddle shifters from the steering column to the wheel and added some sound insulation to keep the rumblings of its dual-clutch transmission out of the interior. You can still hear it at times, but passengers will no longer think your car is broken.

Its twin-turbo V6, which gained 20 hp in 2017, still gets the job done as well, with strong bottom-end torque and an exhilarating surge at the top of the tach. Use the launch control and 0 to 60 mph is done in about 3.0 seconds, which is certainly 2018 performance. 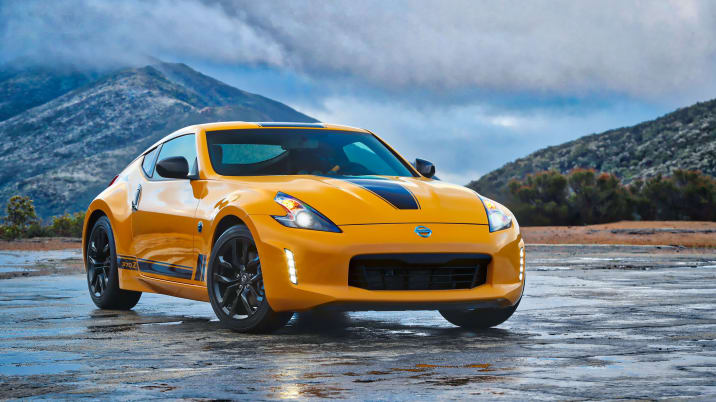 Unfortunately, the 2018 Nissan 370Z hasn't aged as well, although the rear-wheel-drive two-seater remains a fair value at its $29,990 starting price. For that you get a six-speed manual, 18-inch wheels and Nissan's 3.7-liter naturally aspirated V6, which has been around since the first iPhone. In the Z, it makes 332 hp and revs to 7,500 rpm. Nissan pumps it up to 350 hp in the Nismo model.

Recently we spent some time in a 370Z Heritage Edition. The $790 appearance package is available only on the base model and comes in black or yellow with black stripes, which is in homage to Mr. K's personal 1970 240Z and the "ZAP" package 280Z sold in 1977. There's also yellow stitching in the interior and yellow leather on the steering wheel and shifter. Blech. With a smooth ride and good power, the Z feels good around town, but flog it in the hills and its age starts to show. As it does in the GT-R, Nissan puts the Z's tachometer right where it should be, in the center of the gauge cluster. Unfortunately, the steering wheel is far too large for a car this small, and the steering is overboosted and offers little feel. The six-speed is geared perfectly, and there's plenty of bottom-end torque, but the motor is buzzy over 4,500 rpm, and the softly sprung suspension gets floppy when you're pushing hard. Overall grip is disappointing.

As competitors for the Z, Roe named the Ford Mustang and Chevy Camaro, both of which received full redesigns in the past few years, but she failed to mention the Toyota FR-S, Subaru BRZ, Mazda Miata or the coming Toyota Supra, which is in codevelopment with BMW and nearing production. In the GT-R's world, the mid-engine Chevy Corvette will also soon arrive and is sure to make Godzilla look even more like a dinosaur.

The bottom line is this: The GT-R still feels special, and at $100,000 it continues to make sense. But its upper trim levels, especially the 600-hp Nismo costing more than $175,000, are just lunacy. And the situation isn't very different with the 370Z. Nissan offers the sports car in six trim levels, but once the price exceeds the $35,000 starting price of a 5.0-liter powered Mustang GT, or the $38,000 of an LT4-powered Camaro SS, buying a 370Z is very hard to justify.

Hopefully, Nissan has an R36 GT-R and a new Z-car in the works. It's time.