General Motors, like Ford, is reducing investments in sedans

DETROIT — General Motors on Thursday reported a higher-than-expected quarterly profit despite a drop in production of high-margin pickup trucks, as it gears up for new models that are expected to boost profits next year.

Like rivals Ford and Fiat Chrysler Automobiles, GM is banking on highly-profitable Chevy Silverado and GMC Sierra pickup trucks to lift profits, as consumers shift away from traditional passenger cars in favor of these larger, more comfortable trucks, SUVs and crossovers.

Earlier this year, GM said its 2018 profits would be flat compared with 2017, but expected its all-new pickup trucks would boost margins starting in 2019. On Thursday, GM reiterated its full-year 2018 forecast for adjusted earnings in a range from $6.30 to $6.60 per share.

The automaker said capital expenditures were more than $500 million higher in the quarter because of investments its new pickup trucks and a family of low-cost vehicles under development with Chinese partner SAIC Motor Corp.

On Wednesday, rival Ford said it would stop investing in most traditional passenger sedans in North America.

CFO Stevens told reporters on Thursday that GM has "already indicated that we will make significantly lower investments on a go-forward basis" in sedans. GM benefited from a lower effective tax rate in the quarter, but adjusted pre-tax margin fell to 7.2 percent from 9.5 percent a year earlier. Stevens said the company's profit margin should hit 10 percent or higher in the second quarter and for the full year.

GM said material costs were $700 million higher in the first quarter, and it expects those costs to continue rising. The automaker said it would counter those increases with cost cutting measures.

"It is a more difficult environment than it was three or four months ago," Stevens said when asked about rising commodity prices from potential steel and aluminum tariffs announced by the Trump administration. "But we are confident we can continue to offset that." 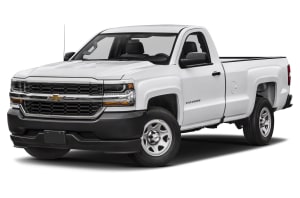