Lincoln Aviator debuts as stylish 3-row crossover with a surprise

It's rear-wheel drive, with AWD as an option

Alex Kierstein
NEW YORK — At a studio in the Meatpacking District in Manhattan, after a walk through an "art gallery" full of inspiration for Lincoln's newest midsize, three-row Aviator crossover, we saw the company's future. That's not breathless hyperbole, either. Lincoln's huge Navigator is selling like gangbusters, but the aging MKT is a sad vestige of the company's last attempt to reinvent itself. The company needs an attractive, well-proportioned three-row with contemporary powertrains to complement the MKC and the larger Nautilus (neé MKX). For those wondering, the MKC is likely to get renamed at its next refresh, and the lousy MK__ naming convention will finally die.

But while the names are refreshing, that's not the reason the Aviator is so important. For one, it'll almost certainly lend its underpinnings, which are rear-wheel-drive based, to the next Ford Explorer. The other is that it's an all-important three-row, a conventionally-shaped one rather than the awkward MKT's long, lumpy look. The Aviator — the vehicle we saw is a preview, not a production model, but is extremely close to production — has style and presence. There's more than a bit of Range Rover Velar in the look, but it's not a clone. And the interior is a wonderful interpretation of the larger Navigator's bold, distinctive and purely American look. While many, many details are unspecified at this stage — including exact engine details, dimensions, and the like — there's enough there to draw some conclusions about the new Aviator. For one, it's got a version of the Navigator's elegant interior. Those Perfect Position seats, also seen in the Continental, covered with soft leather, are central to the Aviator's interior experience. When's the last time beautiful seats were such a selling point? Other than Volvo, no one's put enough attention on unique and particularly comfortable seats. It's a unique selling proposition and, also, a nice aesthetic detail. You could say the same for the dash design: It's low and sleek, with solid but not bulky elements and the sort of tastefulness normally reserved for Scandinavian industrial design.

Back to the rear-drive platform and what little else we know of the powertrain. For one, it'll feature a twin-turbocharged EcoBoost engine with an available plug-in hybrid option. As far as we can tell, both versions will use the same engine, and there are no optional engines outside of this. A transmission isn't specified, but you can safely assume it'll be the company's 10-speed automatic. Lincoln hinted that it'll be available in either rear-wheel or all-wheel drive.

We peeked underneath, and the independent rear suspension of this "preview" vehicle — which appeared to be a hand-built but at least partially functional car — seemed damn near identical to contemporary Mustang suspension, as far as we could tell without calipers to measure various bits. Look at the current Mustang's rear suspension design, seen below. 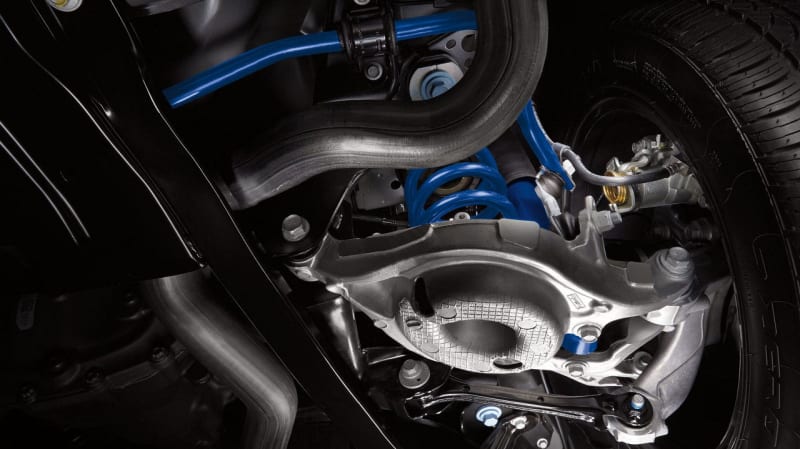 Now compare the sway bar position, lower control arm design, and differential cradle of the Aviator, slightly visible in a photo taken quickly and in poor lighting conditions. They're doppelgangers, as you can just barely make out. 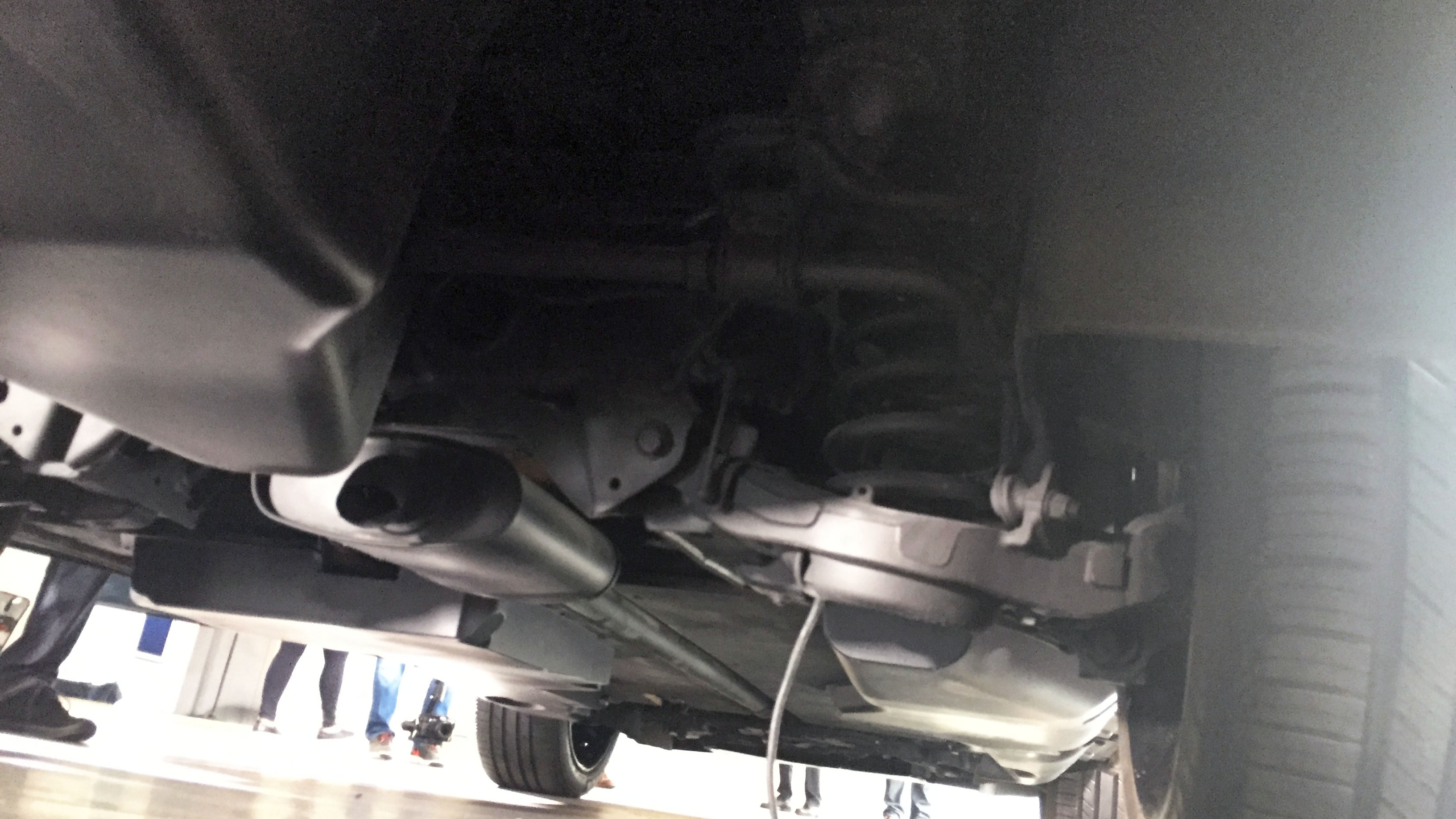 Whether this represents the final rear suspension design, or this show car just nabbed some Mustang suspension from the parts bin for convenience's sake, is unclear. And Ford was staying mum on chassis specifics, so no help there. But it lends some credence to the notion that the Aviator and Explorer will borrow some Mustang geometry and engineering. The Aviator will certainly be much, much heavier than a Mustang, so production components will probably be beefed up for SUV duty.

After crawling out from under the Aviator, we learned about some of the tech making its way into the SUV. For one, you'll be able to use your phone to start and unlock the Aviator — a feature known as "Phone as a Key." You can't make that name up. The conventional key fob doesn't need to be on the driver's person, but a dead phone isn't a dealbreaker — a standard exterior keypad is still there as an option, so entrance is only a typed code away. There's also Suspension Preview Technology to adjust damping to changing road surfaces, a suite of active safety systems, and the latest version of Sync.

A production model will go on sale next year. Again, expect the broad strokes of this compelling "preview" Aviator to be reflected in the production version, with minor differences. We won't get detailed specs and pricing information for quite a while, but what Lincoln has here in New York is enough to chew on for now.