One of the last of the good old mail Jeeps. When neither snow nor rain nor gloom of night will stay you from your appointed rounds, you don't need fancy styling or futuristic technology. All you need is a simple steel box with four wheels, one seat (on the right-hand side), a mail-sorting tray, and an engine. The Jeep DJ was that vehicle, and DJs served as workhorses for the United States Postal Service starting in 1955 and — in some rural areas— into our current century. Here's one of the last ones made, found covered with snow in a Denver self-service wrecking yard. 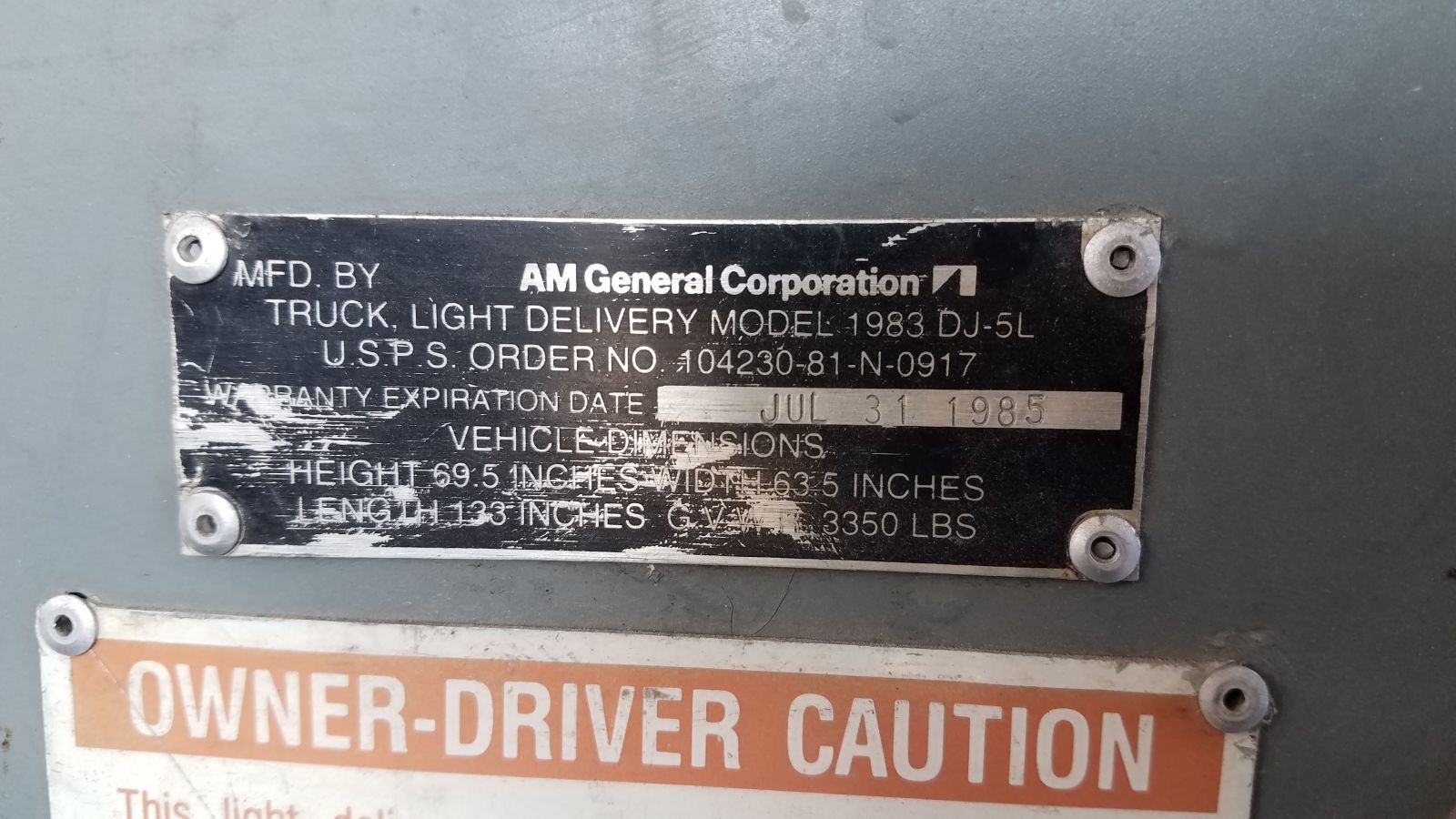 When American Motors bought Jeep in 1970, it built and sold DJs via its AM General subsidiary. The DJ-5 was a stripped-down, two-wheel-drive version of the pretty-spartan-to-start-with Jeep CJ, and there wasn't much to go wrong with it. The final year for the DJ-5 was 1984. 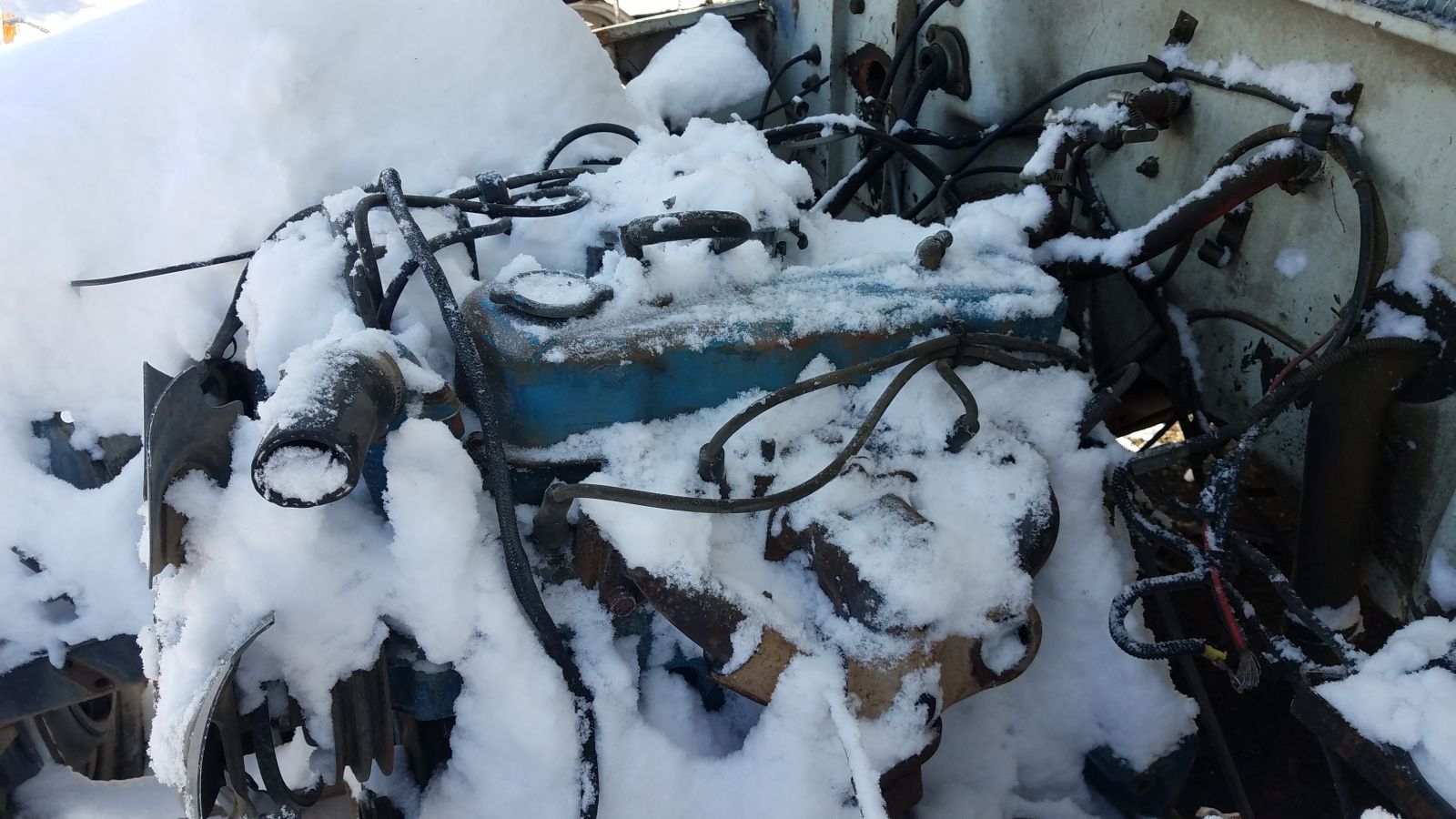 During the AMC era, the DJ received an ever-shifting array of engines, depending on what looked like the best deal in Kenosha at a given time. Starting with the Chevrolet Nova straight-four, Jeep DJ engine compartments boasted AMC straight-sixes of 232- and 258-cubic-inch displacements, followed by Audi 2-liter straight-fours (yes, the same engine used by the Porsche 924), then the 2.5-liter GM Iron Duke four, and finally the 2.5-liter AMC straight-four. This DJ-5L has Duke power. 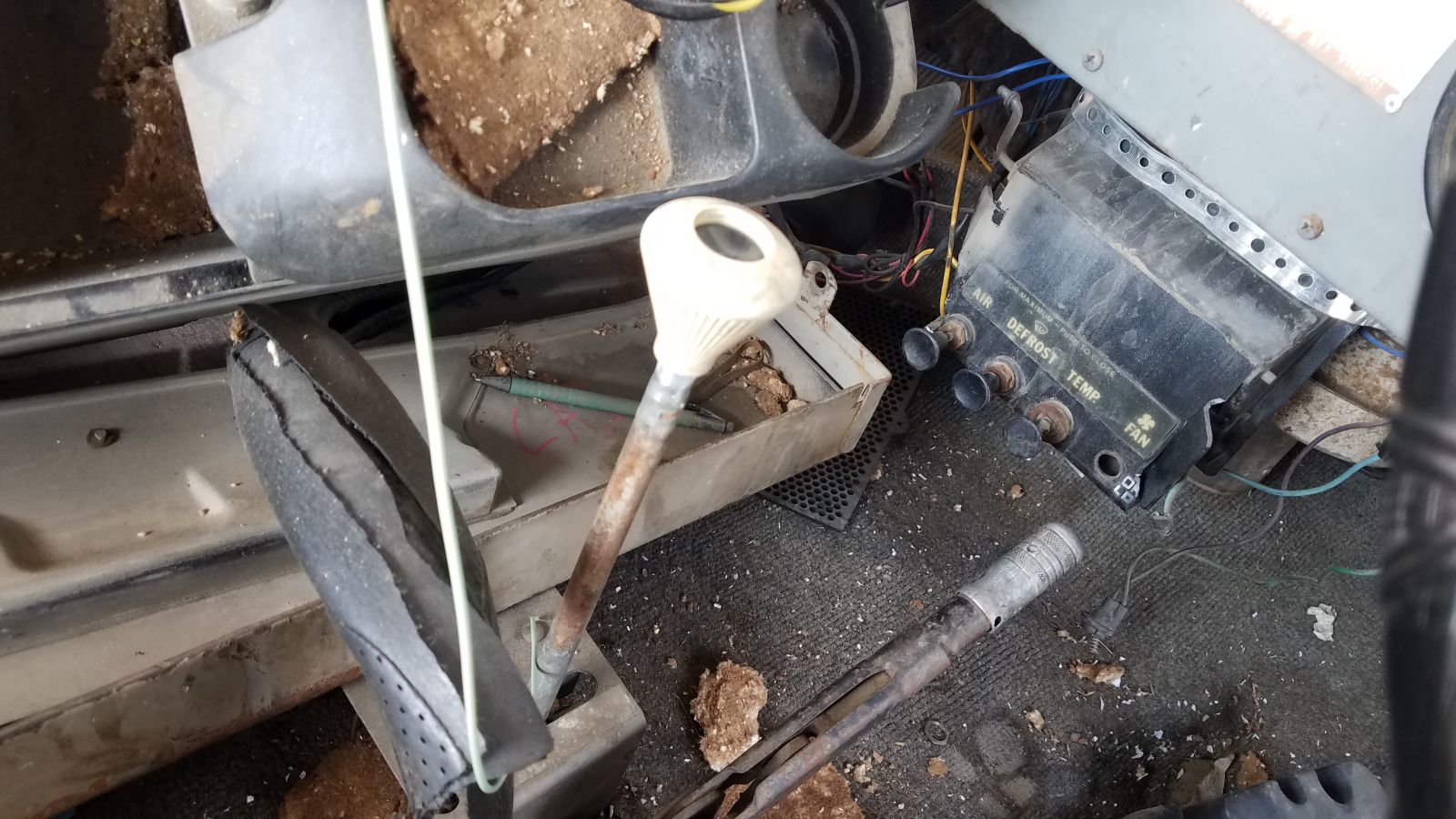 The early DJs had manual transmissions, but all the AM General DJ-5s came with automatics. If you think an Iron Duke powering a Jeep is odd, consider that it's bolted to a Chrysler Torqueflite transmission. 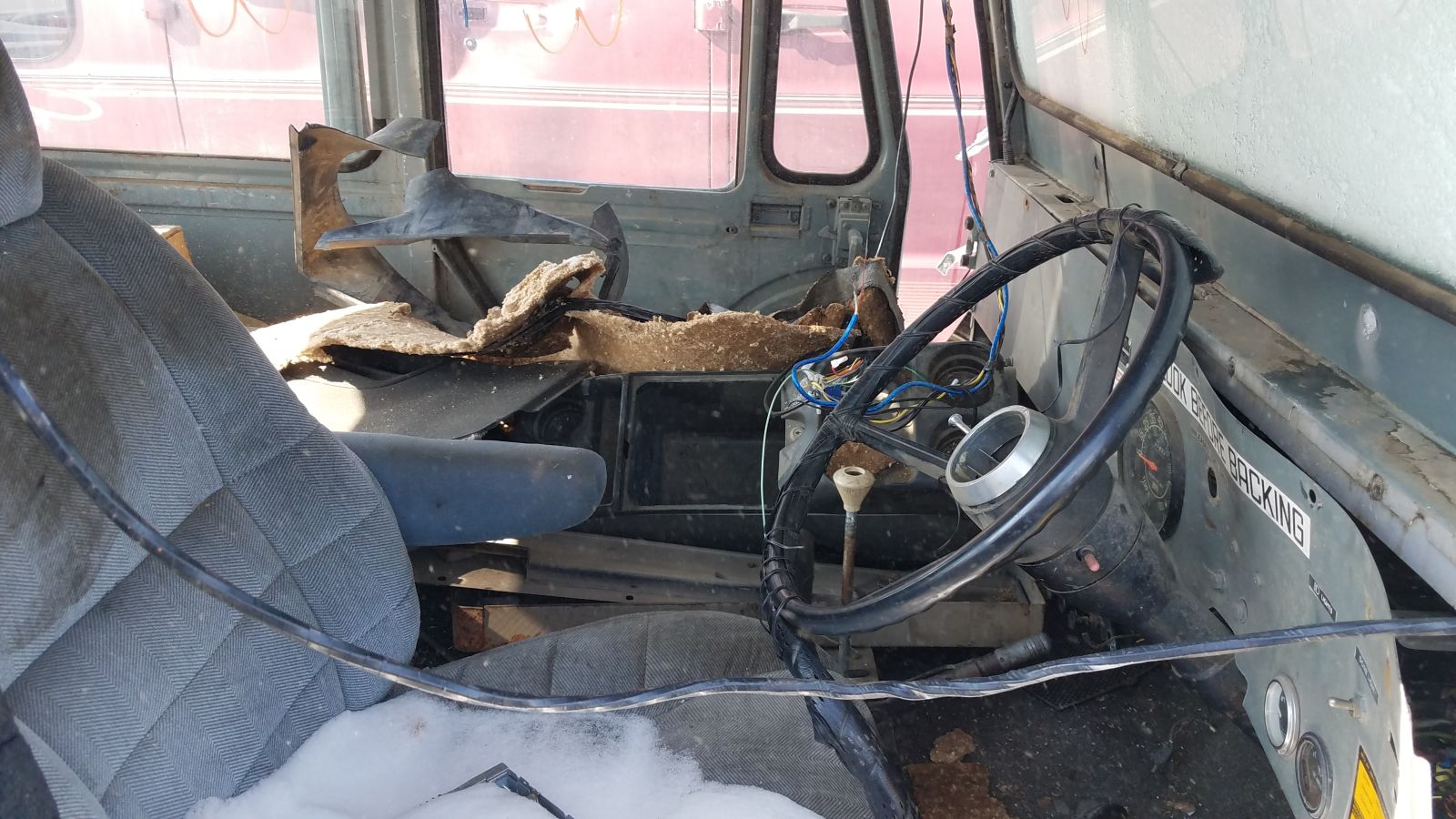 Once the USPS was done with them, cheap DJ-5s flooded the market. This one has had a random junkyard seat swap, but retains the handy mail-sorting tray.