Millions of prospective auto buyers consult the magazine's rankings, which are based on road testing, reliability, safety and owner satisfaction scores.

Reliability, customer satisfaction, road-test performance and safety are components in Consumer Reports' rankings. CR points out that Genesis and Audi stand apart in that every model they offer is recommended by the magazine. (That said, Genesis currently has only two models.)

Toyota had four of the top 10 individual vehicle picks on the list, the most of any automaker, with the Corolla, Camry, Highlander and Sienna taking honors. Toyota's vehicles had the top scores for predicted reliability. And in a year when both the Honda Accord and Toyota Camry are new, the Camry won CR's top spot among midsize sedans. Though both models are recommended.

As for the Chevy Bolt, Reuters reported last week that some potential buyers of Tesla's long-delayed Model 3 sedan are concerned they will miss out on big federal tax breaks and are looking for alternatives like the Bolt. GM sold 23,297 Bolts in 2017.

Tesla has told some holders of Model 3 reservations that they would not get their cars until 2019. Frustrated Tesla buyers, afraid that waiting could cost them a $7,500 electric vehicle tax credit, have factored into brisk demand for Bolts, according to GM dealers in California, the top U.S. market for electric vehicles.

U.S. brands lagged other automakers in the CR rankings, but FCA's Chrysler brand ranked 11th — the biggest improvement of any brand, thanks to the Pacifica minivan. The automaker's Fiat unit finished last among 34 brands rated, with Ram 26th, Dodge 27th and Jeep in 33rd place.

The brands that saw the biggest drops were Buick, falling eight places to 19th, and Acura, falling six places to 22nd, because of declining reliability. 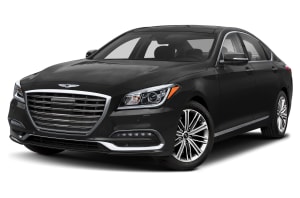