They spent five weeks stocking up for winter

Greg Rasa
In today's winter-preparedness news, Britain's The Independent reports that a real-estate agent parked his car for five weeks and came back to find it was chock full of nuts.

Andrew Wilkins, 25, parked his VW Golf in Surrey while he and his girlfriend took a long overseas holiday to Vietnam, Thailand and India. When he returned, he tried driving the car but had difficulty shifting gears. As he was dropping the car off at a repair shop, he discovered that industrious squirrels had packed the glovebox with acorns.

"I opened the glove compartment and it was brim full of acorns," Wilkins told the newspaper. "I told one of the mechanics to take a look and he said: 'What the ****?'

"Within 30 seconds, all 10 of the garage's mechanics were gathered around the car having a laugh." Then they started investigating, and discovered the same problem in the engine compartment, where nuts were jamming up the shift linkage. 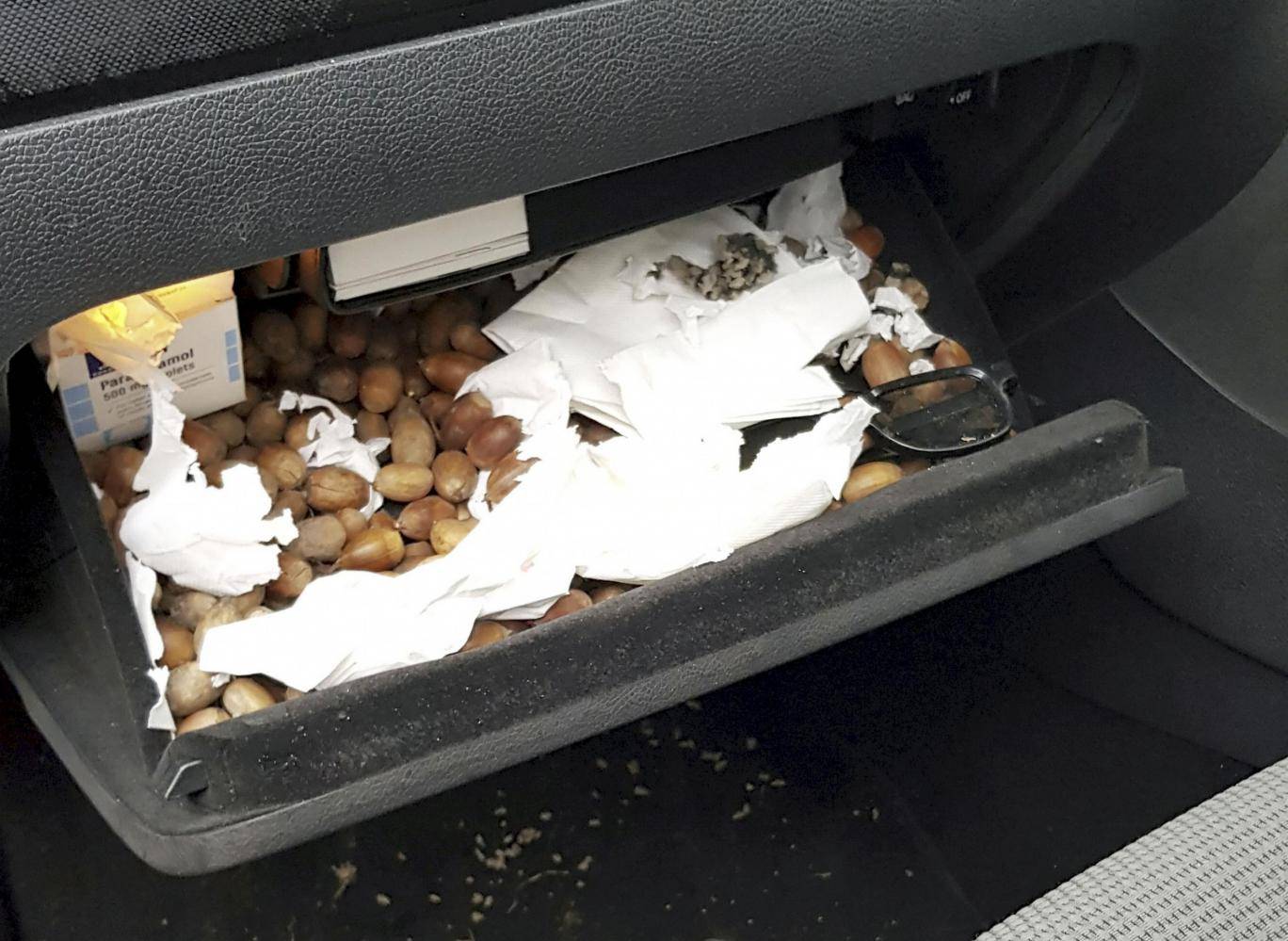 "I got a call an hour later saying the car was stuffed full of acorns. The reason I couldn't change gear properly was because they were absolutely everywhere."

Oh, the mechanics also discovered an incidental dead rat. But as you know, rats under the hood are not uncommon. Lest this happen to you, here are some ways to keep critters out of your car, particularly if it's going to be parked for an extended period.

Wilkins had to shell out more than $200 to get the car fixed — which included extracting the rat — yet he's sympathetic to the squirrels.

"I had some squirrel squatters for a month. I feel bad — I ruined their winter and all their hard work."